BUY-now-pay-later firm Klarna has launched a new shopping app that lets customers pay in instalments at any retailer – even if it doesn't offer the service.

Normally, shoppers can only use the service to pay for goods bought from a partnered retailer. 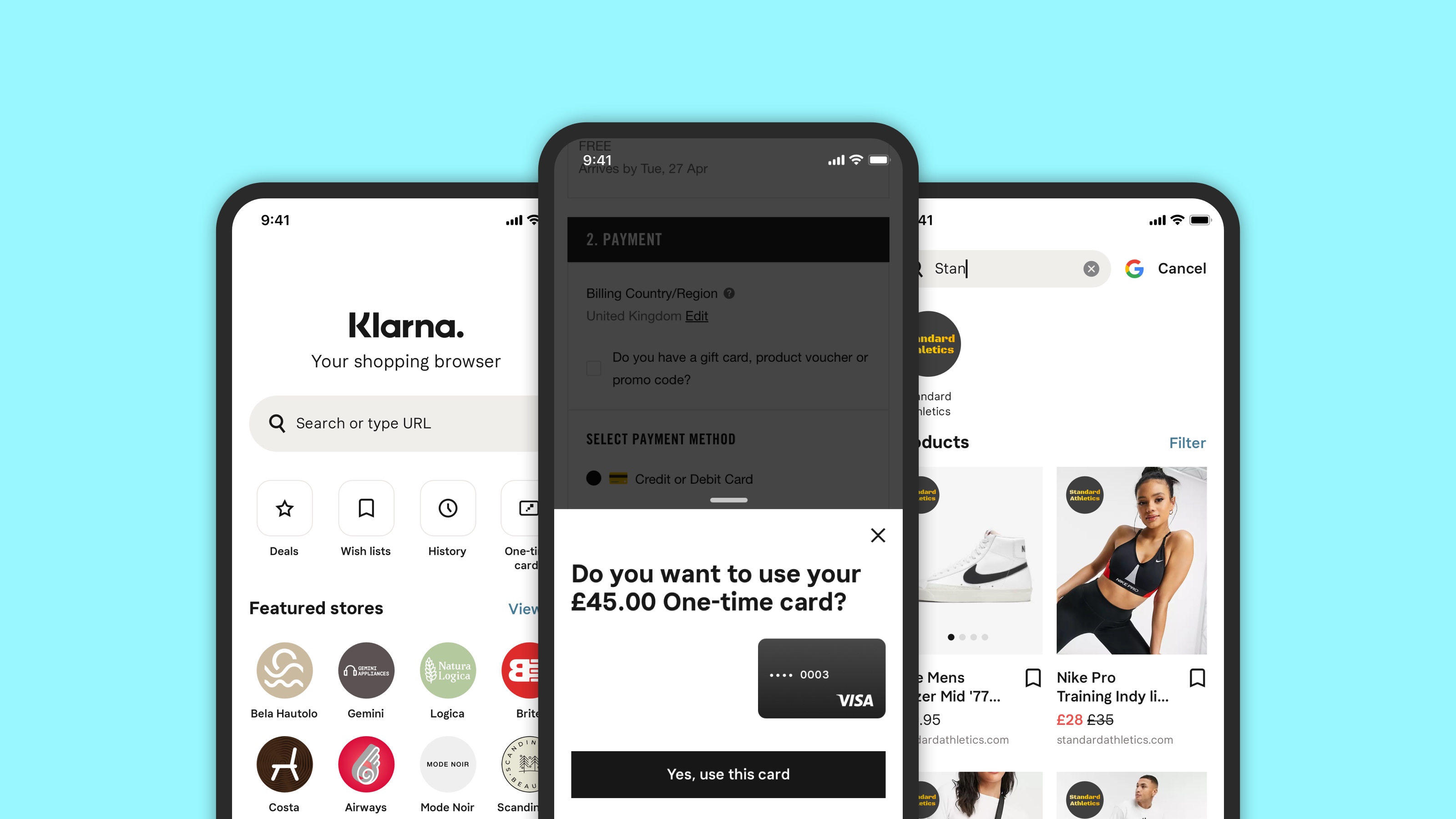 Klarna is an app you can use to make purchases without payment online – you then pay for your shopping later to spread the cost.

Your order will ship to you straight away and an email will be sent to you indicating when the payment is due.

One of the benefits is that if you decide you want to send the products back within the retailers' returns policy deadline, you won't actually have to pay for them at all.

Unlike some credit cards, Klarna doesn't charge interest or fees on the period between purchasing your goods and paying.

How to cut the cost of your debt

IF you’re in large amounts of debt it can be really worrying. Here are some tips from Citizens Advice on how you can take action.

Work out your budget – by writing down your income and taking away your essential bills such as food and transport
If you have money left over, plan in advance what else you’ll spend or save. If you don’t, look at ways to cut your costs

Your rent, mortgage, council tax and energy bills should be paid first because the consequences can be more serious if you don't pay

Get advice – If you’re struggling to pay your debts month after month it’s important you get advice as soon as possible, before they build up even further

Figures from Klarna suggest the app is used by 6.5million people around theworld every month.

The Swedish-based firm is not the only one offering this service – Clearpay and LayBuy are also popular buy-now-pay-later schemes.

While it gives access to credit to shoppers who would otherwise be denied, experts have warned the unregulated service could send some into a spiral of debt.

Missing a repayment could negatively affect shoppers' credit scores, which could affect any future borrowing, such as for a personal loan or mortgage.

Up to 58% of buy-now-pay-later users aged between 16 and 24 have missed at least one payment on purchases made in the last year, according to research by comparethemarket.com.

A separate study by Money.co.uk revealed that a fifth of shoppers admit to spending more than they can afford when given access to the schemes.

We recently spoke to one online shopper, 24, who ended up in £1,500 worth of debt and homeless after using the schemes to fund spending sprees.

Finance expert Sara Williams, who writes the DebtCamel blog, warned that the convenience of the app makes it "too simple" to buy something that you can't afford or don't need.

She said: "This new facility on the app is slick, it works… and it feels very dangerous for young adults, people with mental health issues or big money problems.

"Of course it's better to buy something and not pay credit card interest – but no interest doesn't mean that you can necessarily afford it."

How does the new app work?

Until now, the app has been used to manage repayments but now shoppers can browse retailers through it too.

To access the new scheme, borrowers will need to shop through the free Klara app, adding the products to their basket.

Where CAN’T you use Klarna

THERE are certain items Klarna won’t let you buy online. These include:

At the checkout, you will need to hit the pink "pay with K" button and create a one-time card for the value of the purchase.

You will then need to choose to "pay in three" instalments and then copy and past the one-time card details into the checkout.

Klarna will run a soft credit search every time you use it to make a purchase, which doesn't affect your credit score.

Customers who haven't paid Klarna back for a previous purchase, they won't be able to use it again until the debt is repaid.

There certain types of products shoppers can't use Klarna to pay for, such as pron, alcohol and weapons. You can see the full list in the box above.

The feature is already available in the US, Australia and Sweden and is free to download on Apple and Android products.

Sebastian Siemiatkowski, CEO of Klarna said: “At Klarna, we believe that no-one should ever have to pay credit card fees or high interest rates and now, thanks to our new in-app shopping feature, they don’t have to.

"Shoppers now can interact with their favourite retailers without having to leave the Klarna app, to create a smooth, safe and frictionless shopping experience."

What happens if I miss a payment?

When it comes to ensuring you pay on time, Klarna alerts you that you need to make a payment two days before it is due.

If your repayment is late, you will not be charged interest or penalties in the UK, but it may affect your credit score.

The company will automatically attempt to collect payment from the card that you entered at checkout.

You won't be charged any late payment fees or interest, even if you miss a payment.

Klarna also has a team of staff who you can talk to about repayments if you're getting behind.

The company has also previously said that accounts are passed to debt collection agencies if unpaid after several months.

Is Klarna safe to use?

It's worth noting that buy-now-pay-later schemes are not yet regulated by the Financial Conduct Authority (FCA), even though many retailers offer payment through them.

This affects the amount of consumer protection you get if something goes wrong.

The Treasury launched a four-month review into regulating the schemes in February this year, and if the proposals go ahead, firms will have to carry out affordability checks before lending.

They'll have to make sure customers are treated fairly, particularly those who are vulnerable or struggling with existing debts.

Shoppers will also be able to report the scheme to the Financial Ombudsman if something goes wrong, and companies will have to act within the watchdog's rules and guidelines.

It's also not clear how Klarna makes its money using this scheme.

Last month, Klarna suffered a huge data breach after shoppers complained of seeing other people's details when logging into their account.

The firm temporarily blocked customers from using the app while it dealt with the technical glitch.

James Andrews from Money.co.uk warned: "Shoppers should note all of the terms and conditions and understand completely what they are signing up for to ensure that they are using the service correctly.

“Before taking out any form of credit you must ensure you can meet the minimum payment requirements and avoid paying interest where possible."

Last year, Love Island stars were slammed for promoting buy-now-pay-later schemes without any of the warnings, causing concern it could be pushing young followers into debt.