The Kelly Clarkson Show host, 37, was doing a scavenger hunt with her Trolls World Tour costars when she asked everyone to find “something related” to them. While Timberlake, 39, and Kendrick, 34, both held up toys of their Trolls characters, the season 1 American Idol winner came back into the frame with her kids in tow.

Clarkson held River, 5, and Remy, 3, on her lap, telling them, “We were just watching Trolls, so this is Branch and this is Poppy. Can you say hi?” 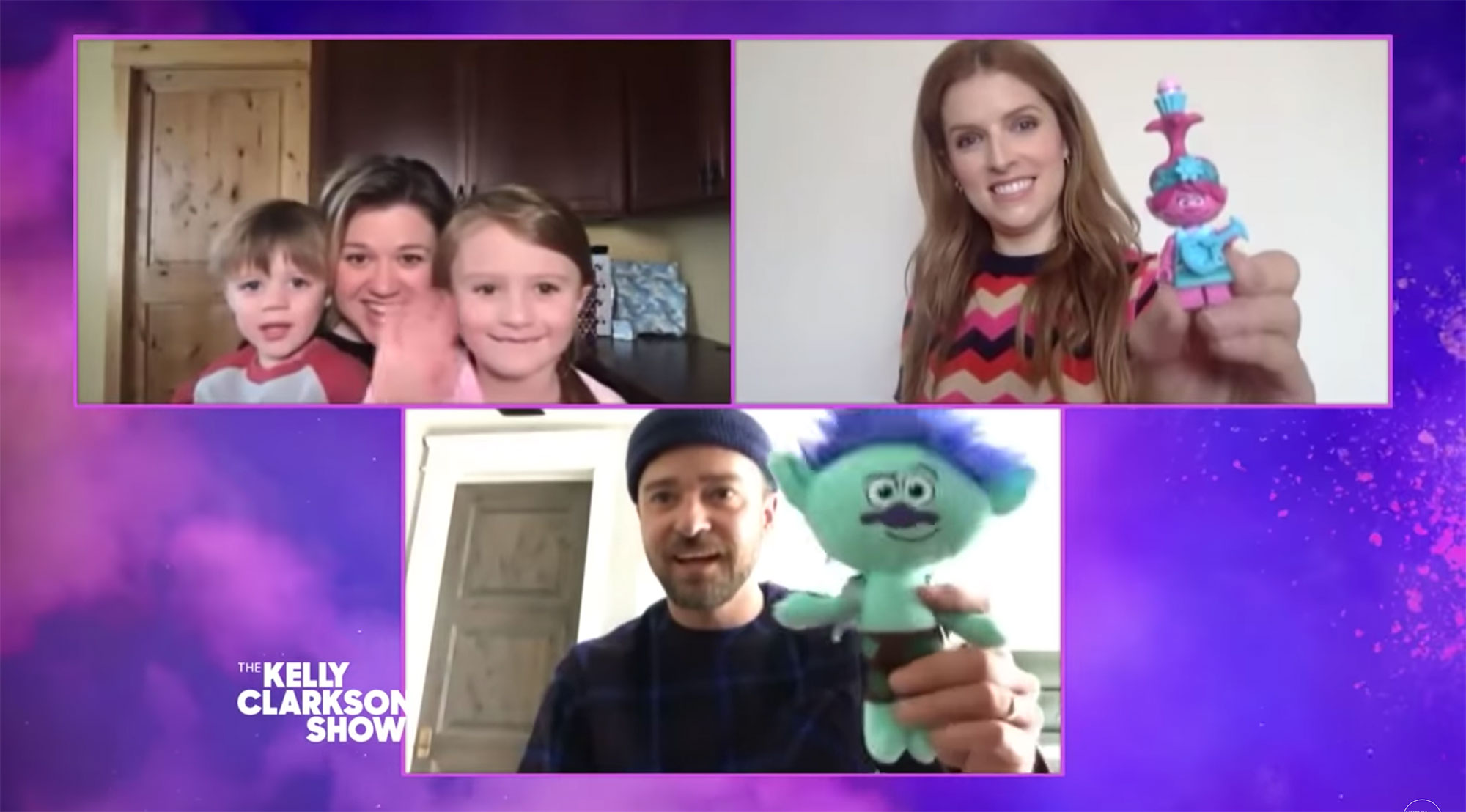 After the little ones greeted the voice actors, River gushed to the Scrappy Little Nobody author: “I love you’re acting!”

She and her little brother, who Clarkson shares with her husband, Brandon Blackstock, love the movie franchise. In fact, they were upset with their mom when they saw the trailer for the upcoming installment.

“My kids, they were just so concerned I was a mean one because in the preview it looked like I was mean to y’all because I was at first,” the Voice judge explained. “They were so mad. They were like, ‘We can’t even, you’re not our mom because you’re mean to Poppy.’”

The Texas native welcomed River and Remy in 2015 and 2017, respectively. Her husband, 43, has two children, Savannah and Seth, from his previous marriage to Melissa Ashworth. Raising their brood is a challenge, Clarkson told Us Weekly exclusively in February.

“I think parenting changes you in the best of ways,” the Grammy winner said at the time. “It’s made me stronger, but it’s definitely hard. It’s the hardest job out of all the jobs. … I think it makes you selfless. It makes you really prioritize.” 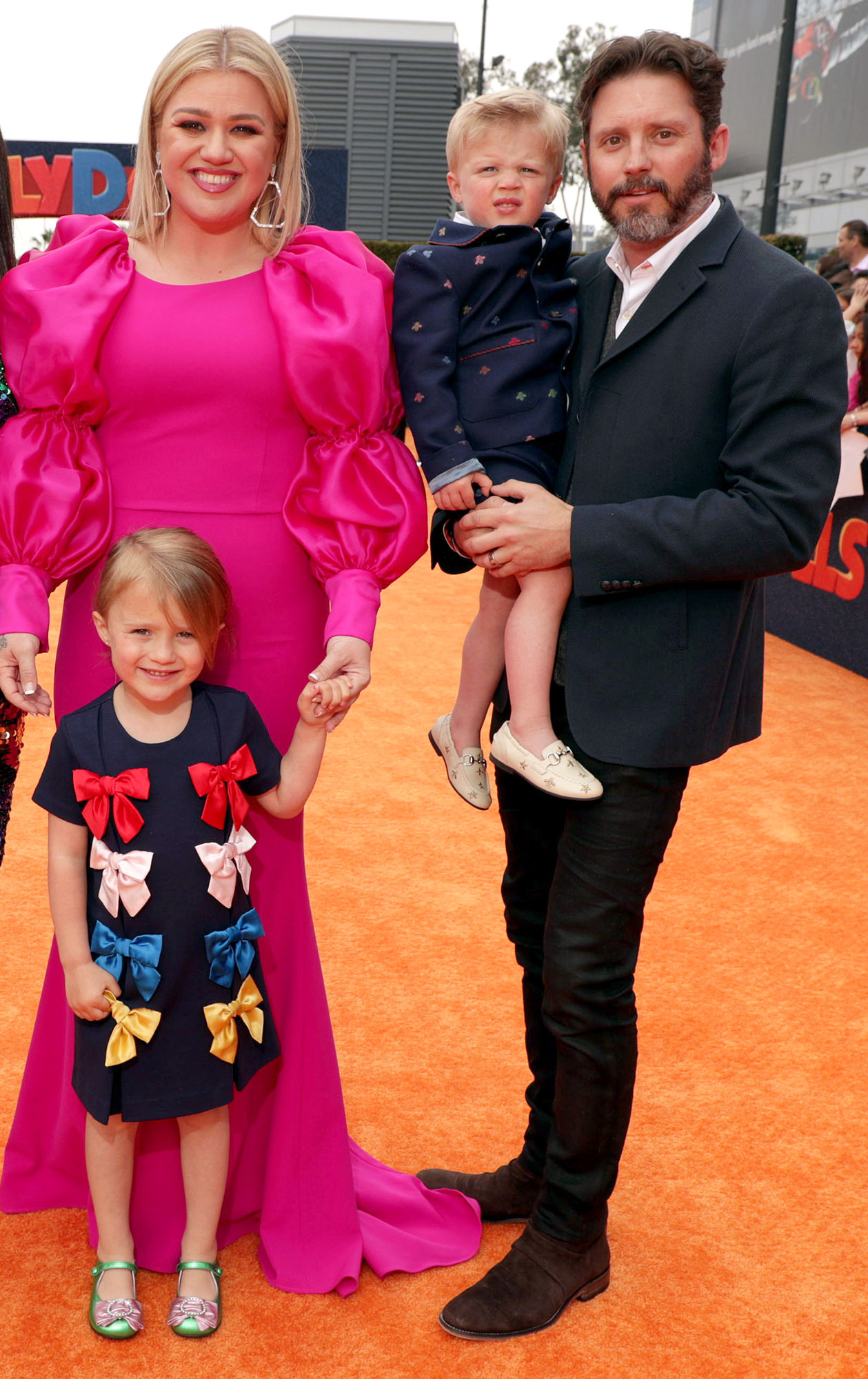 River and Remy have previously appeared on her NBC talk show, interviewing Jason Momoa about Aquaman in November 2019.

River went on to ask where Aquaman goes to the bathroom. Momoa laughed and said, “Everywhere.”