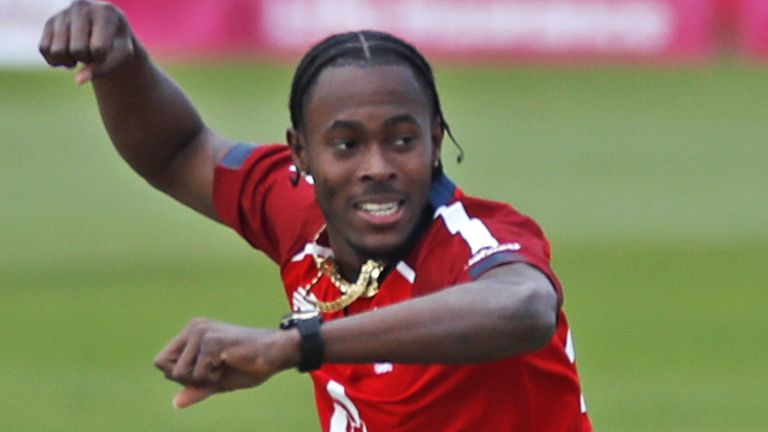 Jofra Archer has targeted a return to action in time for the T20 World Cup in October and the Ashes series at the end of the year after “career-defining” elbow surgery.

The 26-year-old Sussex pace bowler is rehabilitating after an operation last Friday and is ready to “sit out the summer” in a bid to finally resolve a problem with his right elbow.

In his column for the Daily Mail, Jofra said: “One thing I am determined about post-elbow operation is not to rush my comeback because my primary focus is to be playing for England in the Twenty20 World Cup and Ashes later this year.

“Those are my targets. If I come back before then and manage to play in the home Test series against India – then fine, so be it. If I don’t, I am quite prepared to sit out the summer.

“The way I am looking at things is that I would rather miss a few weeks of a year so that I have a few more years in my career.”

The T20 World Cup is scheduled to take place in October and November in India and the Ashes series begins in Australia in December.

“I’m not going to do myself any good by coming back before I’m fully fit, so I will take my time and do what is best for me and my life,” Archer said.

“The bandages are off and I have spoken to the consultant since, but everything is still very fresh and I remain sore after what was a career-defining moment last Friday.

“Surgery was always the last option and we wanted to exercise every possible strategy before we went down that route. It was the last thing on the list. It is not always a fix and in four weeks we will find out how things have gone.”