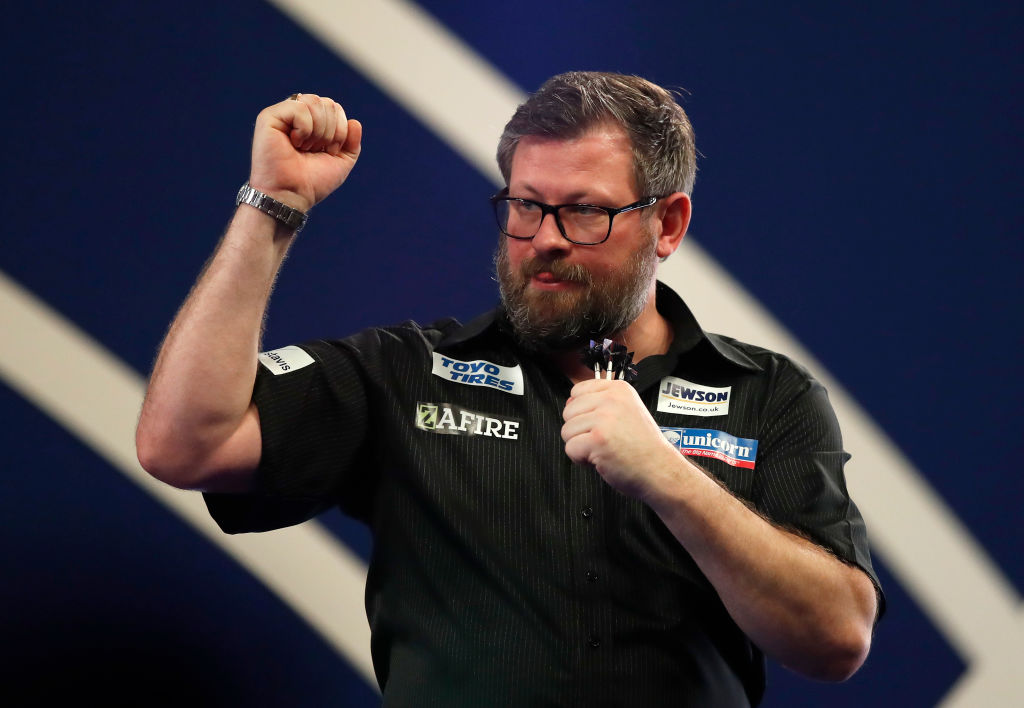 James Wade’s run to the World Darts Championship semi-final is partly motivated by proving his doubters wrong, believing Sky Sports pundit Wayne Mardle is one of them and is out to prove him wrong.

Wade whitewashed Mervyn King 5-0 in the quarter-finals on Saturday, although it wasn’t quite a romp as he averaged just 86.50 in the surprisingly low quality affair.

However, the stats are irrelevant as he makes the semis for the fourth time where he will meet either Gerwyn Price or Michael Smith on Sunday.

Despite being the world number four and current UK Open champion, few were tipping the Machine for World Championship glory this year, and he believes the media do not have enough faith in him, particularly Mardle.

‘I’m not under the radar, just people like Wayne Mardle don’t think I’m good enough, but I’ve won more than he did,’ Wade told Sky Sports after beating King.

Expanding on the point in the post-match press conference, Wade said it was not just Mardle who he felt doubted his world title credentials, but did repeat the point that he has far outstripped Hawaii 501’s achievements on the oche.

‘I mean this in the politest way possible to everyone say here, it’s all yourselves that don’t think I can do it.

I know that I can do it. If I play well I win, if I play bad I lose. Don’t think for one second that I think like some people doing your jobs, that doesn’t register with me. It’s really not like that, you know.

‘Reporters, news, people important in the game of darts, most of them will write me off.

‘I don’t mean it in a personal or derogatory way to Wayne Mardle but he always tips me off, always to not do this and not do that.

‘I’ve won more than Wayne did in probably two weeks than he did in his entire career. He’s just hell-bent on being a little bit silly.’

Mardle was quick to respond to Wade after his comments to Sky Sports, tweeting: ‘Apparently I live in more players’ heads than I thought.’

Price and Smith meet on Saturday evening with the winner taking on Wade on Sunday night.

The other quarter-final on Saturday afternoon saw Gary Anderson beat Luke Humphries 5-2 in a game that felt closer than the scoreline suggests.

The Flying Scotsman now meets either Peter Wright or Callan Rydz, who play in the quarters on Saturday night.

For more stories like this, check our sport page.