JADON SANCHO has told boss Gareth Southgate he DOES have the major tournament experience to be let off the leash for England.

Southgate suggested Sancho was only on the fringes of his plans because he was playing in his first international tournament. 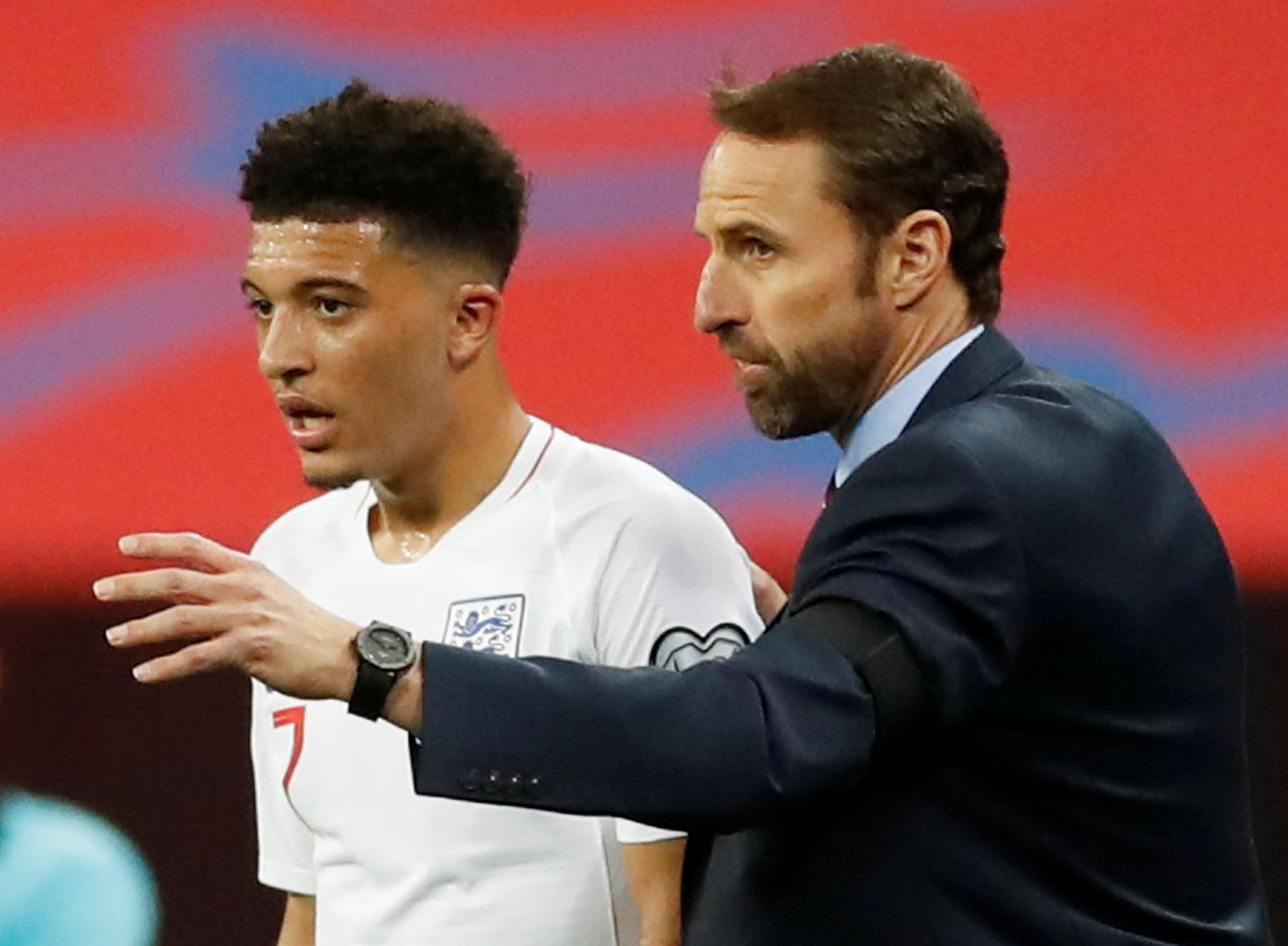 But the 21-year-old claims three years of Champions League football with Borussia Dortmund shows he can be trusted at the top level – and says he is desperate to be let loose on a Germany side he knows well.

Sancho said: “To be fair, I feel like because I've been playing Champions League in the last three years, I feel like that's a major tournament. I know what it takes.

"Game by game it's always going to be tough, especially when you proceed to the next rounds, and that experience alone has helped me.

"Coming to another tournament I just see it as just like another Champions League."

Sancho, on the verge of completing a move to Manchester United, got a brief substitute chance against Czech Republic last week and is itching for more.

He added: "It was definitely special to get my first minutes in the game.

"It's something that I will never forget and definitely hopefully I can get more minutes and games to come and just take my time when I get my chance to play. I'll show everyone what I can do.

"I know quite a lot of the players in Germany. I play against them week in, week out.

"It's definitely interesting seeing them with their national team so hopefully again, if I play, then I would know the ins and outs of what players can do."

One person who has been left mystified as to why Southgate doesn't star Sancho is former England man Rio Ferdinand.

Ferdinand has now urged boss Southgate to get Sancho on the pitch – pointing to his stats for Dortmund since 2018-19.

In the last three seasons, Sancho has been involved in 109 goals for the Bundesliga giants.

Only Raheem Sterling (110) has more in England's 26-man squad, with Sancho even boasting more Harry Kane (106).

A fuming Ferdinand told BBC 5 Live: "There's no doubt in my mind we've got players on that bench in attacking areas that can change games… utilise them.

"Statistically, in terms of goal involvements in the last three seasons, Raheem Sterling is No1 in the team, Sancho No2 and Harry Kane No3.

"But Sancho's not got on the pitch."