Snooker star Jack Lisowski fumes after being told he is ‘not Ukrainian enough’ to show the country’s flag on his waistcoat at the World Championships – even though his granddad was born there!

Jack Lisowski has reacted angrily after he was ordered to remove a waistcoat bearing the Ukrainian flag at the Snooker World Championship.

Lisowski, 30, whose grandfather comes from Ukraine, has sported the flag at previous tournaments, including the Welsh Open in March, and wanted to continue in a show of support for the country amid the Russian invasion there.

But the World No 14 was told by officials he had to remove it ahead of his first-round clash with Matthew Stevens at the Worlds. 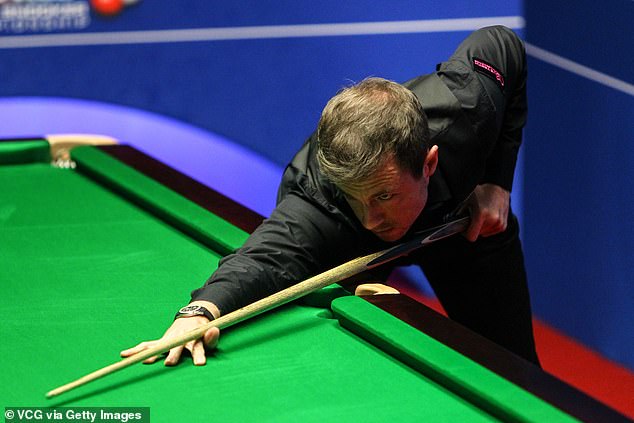 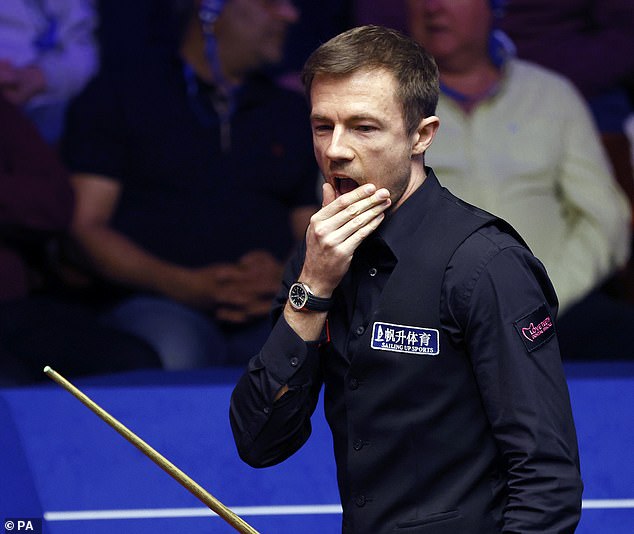 He said: ‘They won’t let me wear the logo at this tournament. I tried to wear it and they said, “You can’t wear it unless you are Ukrainian.”

‘I have some Ukrainian in me but that wasn’t enough. I got my badge taken off my waistcoat. I’ve played two or three tournaments with it on, it was stitched on. I want to wear it. But I’m not allowed, I don’t know why.

‘It doesn’t make sense to me. I’m trying to reverse it. Everyone in this room would be in agreement and in support of Ukraine. Why the hell can’t I wear it? I have Ukrainian family. My grandad was Ukrainian. My dad has been out there.

‘I would have liked to have gone but I can’t go now. It is not safe… I text Ukrainian player Iulian Boiko and asked him for a flag. He doesn’t have one. But I’m trying to get one. If I beat (Neil) Robertson, I will be getting a flag out and waving it around.’ 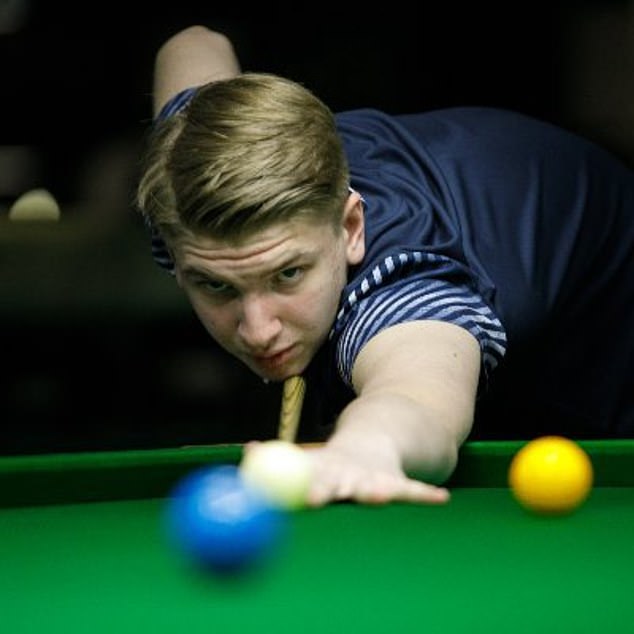 The Cheltenham star will face third seed Robertson in a mouthwatering clash on Saturday, and promised to protest the ban by waving around a giant blue-and-yellow flag if he beats the Australian.

The World Snooker Tour have a hardline policy cracking down on any patches which are not tournament sponsors or official partners.

A WST representative added: ‘As an international sport we have always adopted a policy of political neutrality. To that end, our policy is to not allow our sport to be used as a political platform at the World Championship.

‘We are strongly against the invasion of any sovereign nation and all forms of violence or oppression. Our thoughts and prayers are with the people who are suffering as a result of the current conflict in Ukraine.’