‘LIONS of Italy’: Italian press can’t hide their delight after Roberto Mancini’s side book their place in the quarter-finals of Euro 2020… as they warn rivals ‘don’t wake us up’ after surviving scare to finally see off Austria

Italy’s leading sports papers led the glowing tributes to their country’s football team after sealing their spot in the quarter-finals of the Euros on Saturday night.

Italy booked their spot in the last-eight of the competition thanks to a nervy 2-1 victory over Austria following extra-time, having failed to break their opponents down during normal time.

Federico Chiesa and Matteo Pessina netted the crucial goals for Roberto Mancini’s side in extra-time, before Sasa Kalajdzic scored late on for Austria to ensure a frantic ending at Wembley. 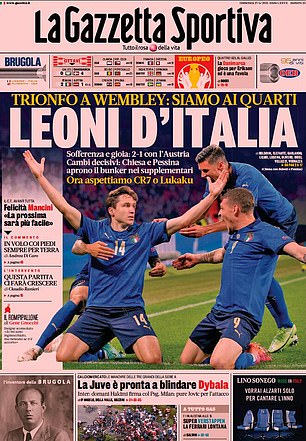 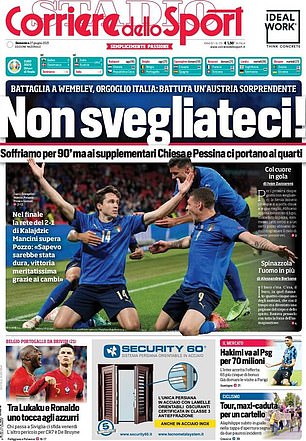 And following Italy’s triumph, the country’s press have begun to ramp up the excitement ahead of their quarter-final showdown, with real hope now emerging of Euros glory.

La Gazzetta dello Sport ran with the headline: ‘Lions of Italy’, alongside a picture of the team celebrating during the tense affair in London.

Meanwhile, Corriere dello Sport warned Italy’s rivals that they mean business at the Euros and certainly won’t go down without a fight.

Their front page warned: ‘Don’t wake us up!’ before admitting that Italy suffered throughout the normal 90 before eventually seeing off their opponents. 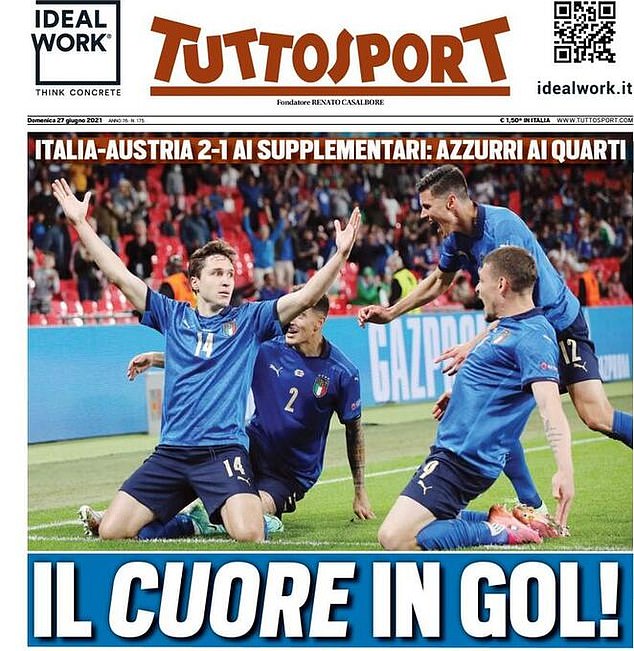 Tuttosport’s headline on Sunday morning, alongside a pic of Federico Chiesa celebrating, read: ‘A goal of heart’

And finally, Tuttosport opted for the headline: ‘A goal of heart’, alongside a picture of Chiesa celebrating his brilliant effort that set Italy on their way to victory.

Italy’s narrow victory over Austria on Saturday meant that the Azzurri have now gone 31 matches without defeat – which is a new national record.

The Italians will now face a tough task against the winners of Belgium or Portugal in the next round.

However, Mancini believes that Italy may face an easier task against their quarter-final opponents than they did against Austria. 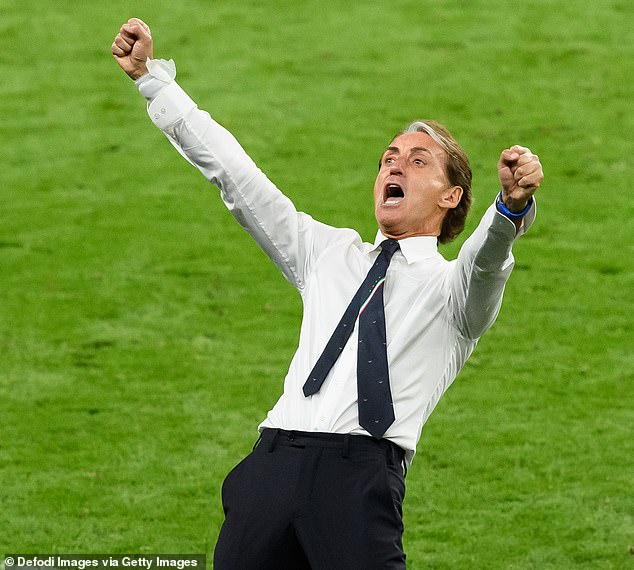 After sealing his country’s progression, Mancini admitted: ‘We knew there would be potential banana skins in this match and we thought it would be tougher than the quarter-final, they are not as good as teams in quarter-final, but they really make life tough for you, they cause problems.

‘We knew we scored in the first half it would have been a different game.

‘We said it would be a match we would have to struggle through to get the win. We had to dig deep.

‘The players wanted to win at all costs and with the subs they did a good job and we were able to win.’ 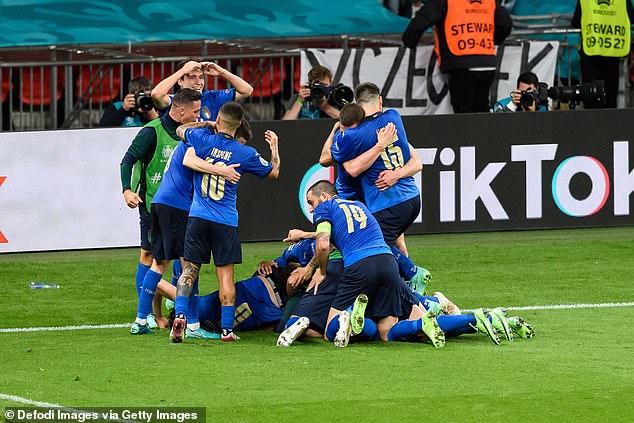