You’ve tried CBD by now, but what about CBG?

Dad Grass, the newly launched line of hemp rolled joints from a pair of former Levi’s colleagues, has introduced Mom Grass, a new version of their joints that are made not with weed or CBD but CBG, the mother of all cannabinoids. Scientifically known as cannabigerol, CBG is new to research, but the Mom Grass joints promise all kinds of healing and remedies: a non-psychoactive way to chill out the mind, turn inward, fight inflammation, pain and nausea, and experience calm.

More than a decade ago, Joshua Katz and Ben Starmer were colleagues at Levi’s who were accustomed to visiting their local dispensaries in San Francisco to have conversations with the budtenders about what kind of product to get. Despite leaving feeling confident, they found it became increasingly dicey about what kind of high they’d end up with: something mellow and pleasant, which they were seeking, or a too-intense high that left them “going to the moon.”

Their desire to find a weed that smoked like the kind their dads used to (the name of their company, Dad Grass, comes from how Starmer’s dad used to refer to weed) led them down a path that eventually arrived at hemp joints.

The pair launched Dad Grass just as the pandemic was getting underway, and they, like most, didn’t know what seemed appropriate to proceed with.

The 2021 Oscars: See All the Red Carpet Fashion Looks

“We really didn’t feel comfortable trying to sell a product at that time when the world quite literally felt like it was falling apart, but we knew a lot of people were hurting and suffering out there,” Starmer says. “Our first initiative, we just put an open call out and said, ‘Hey, if anyone’s affected by the pandemic, whether you’re furloughed or laid off, or a frontline worker, joints on us.’” 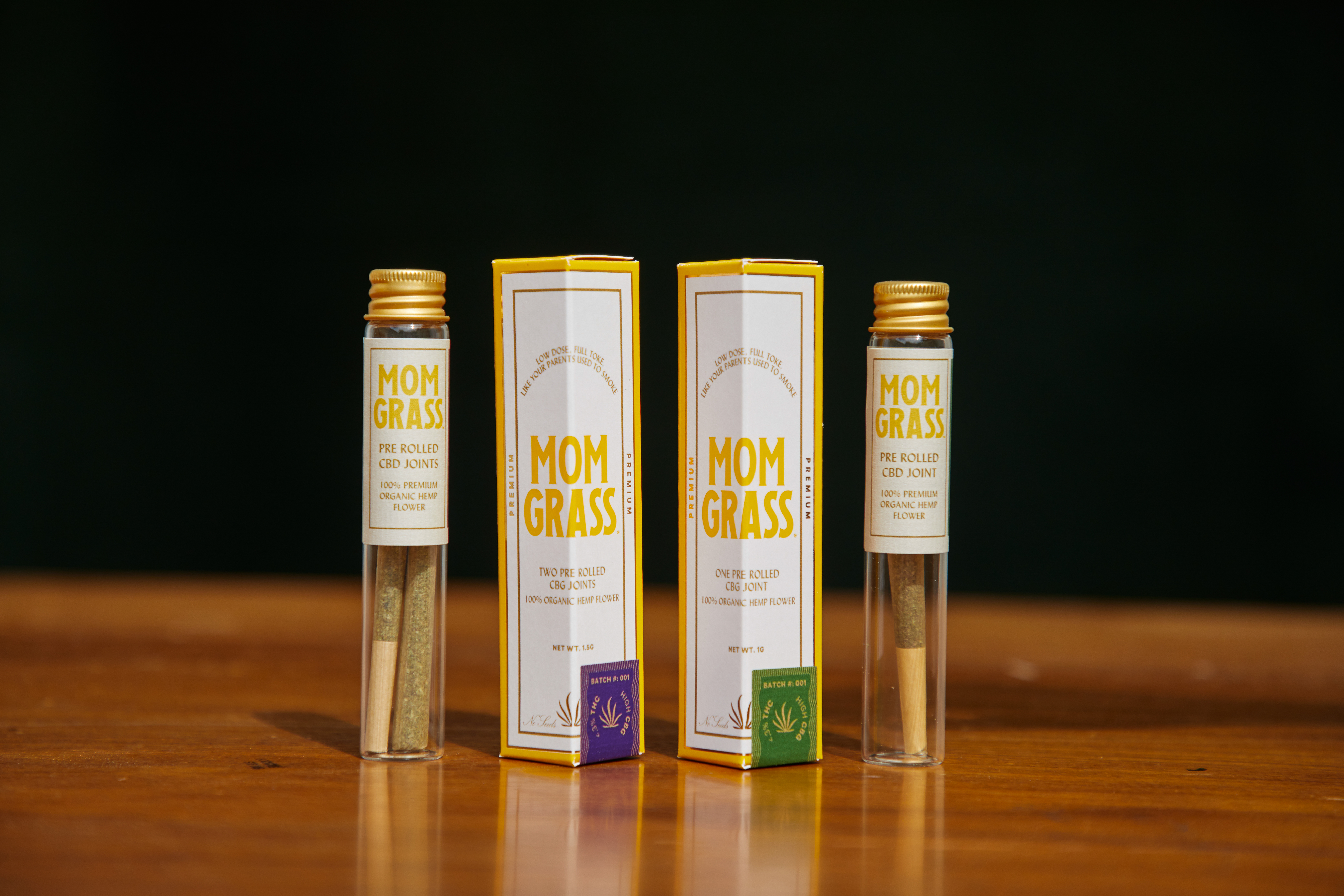 Given the nature of their product, they quickly caught on through word of mouth.

“In a lot of ways from a business perspective, launching a business literally right as the pandemic is coming on probably wouldn’t be good for a lot of other businesses. I think for us, we kind of had the right product at the right time,” Katz says.

Their network of friends extends to Chicago and New York, where people couldn’t walk into a dispensary like they can in California, and given they are making hemp joints, they could pop the joints into the post and send them on their way.

“In some ways, all of these cultural challenges that affect all of us in some way, shape or form actually became good testing grounds for how a simple cannabis product can actually deliver some relief. Some levity. Take the edge off,” Katz adds.

With the initial success of their CBD joint came the second product, the lesser-known CBG joint. Katz explains that as legalization has boomed across North America in the last few years, more research has gone into the other cannabinoids and what their various benefits are.

“With CBG and CBD, or Mom Grass and Dad Grass, fundamentally, the effects that you can expect are similar, meaning relaxed body and mind. A smooth buzz. We like to say that it widens your smile but still keeps your head clear,” Katz says. “But Dad Grass is going to be more about tuning out, where it’s deeply and totally chill and tuning out, whereas Mom Grass seems to be more calming and grounding, and we like to think of it as tuning in.”

He also notes that Dad Grass is more of a head high while Mom Grass is a body high, and that their initial feedback from first customers says Mom Grass makes people feel focused, creative and energized.

“There’s a lot of anecdotal benefits that are associated with CBG that really are yet to be fully explored,” Katz says. “It’s really kind of like a new frontier, and one of the things we’re really excited about is getting it into people’s hands and figuring out more about how it can make their lives better basically.”

And though the joint is a gender-neutral product — the name references CBG as the mother of all cannabinoids — it is available right as Mother’s Day looms. Last-minute gift, anyone?

More from the Eye:

Who to Watch in the CBD and Cannabis Space