AT the age of 45, Diane Danzebrink was driven to her lowest point.

Plagued by a deep depression, she almost took her own life. 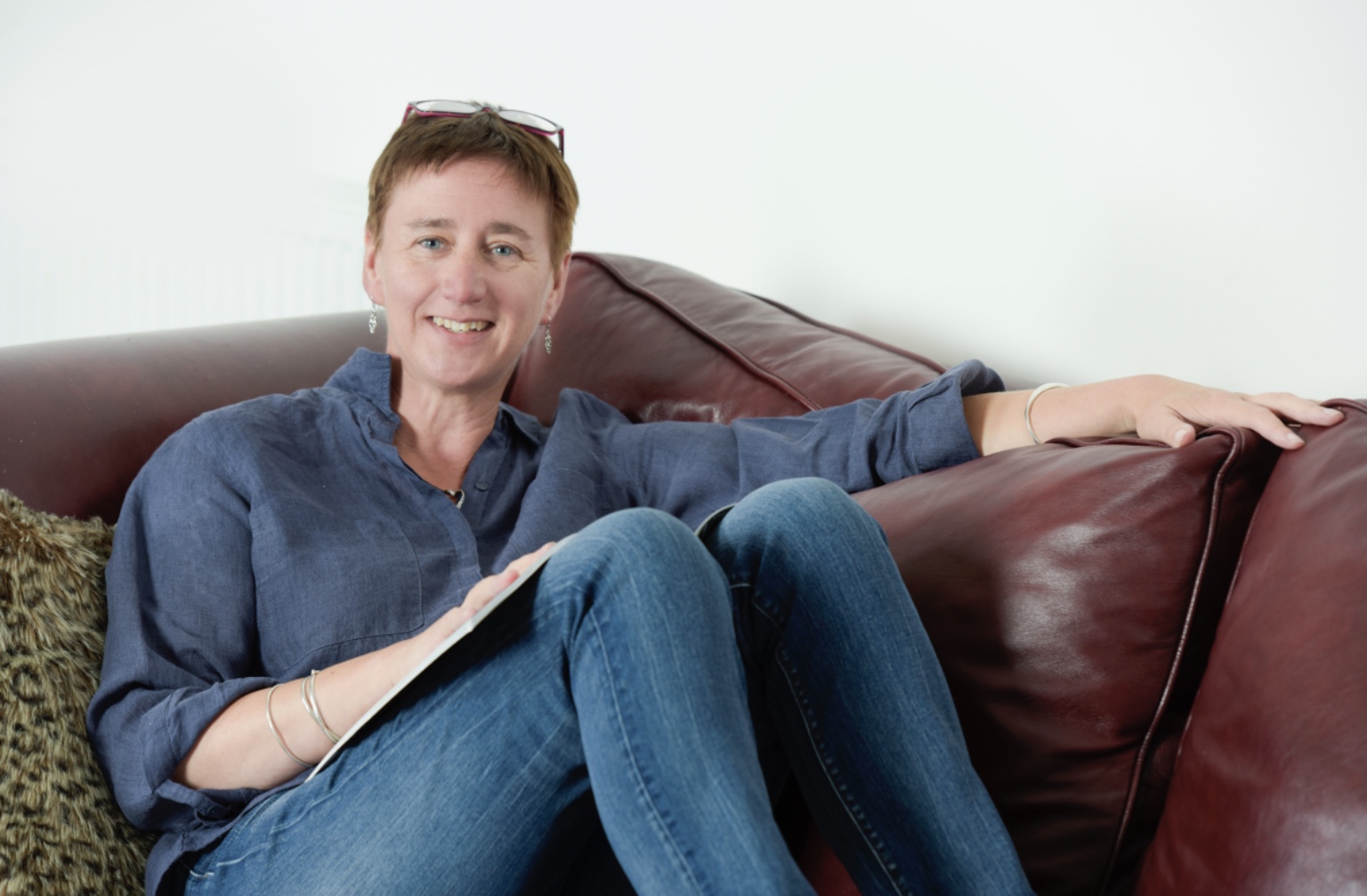 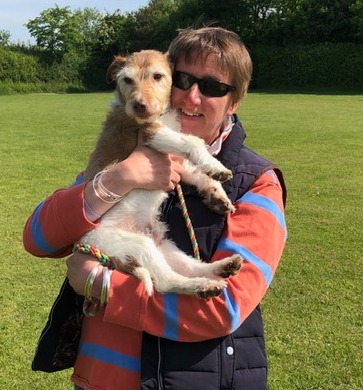 At the time, she had no idea that the dark cloud that had descended was in fact a symptom of the menopause.

After a total hysterectomy, Diane experienced an early, surgical menopause.

Years later, she now believes her traumatic experience could have been avoided had she been told of the importance of hormone replacement for women who have their ovaries removed.

Looking for answers, Diane, of Northamptonshire, soon became aware that she was not alone and that many thousands of women across the country were suffering.

As part of our Fabulous Menopause Matters campaign, we surveyed women and found half suffered depression and mental health issues during the menopause.

Many would have been unaware the cause was the menopause, however.

For Diane, the "lightbulb moment" was the catalyst for change, and she became a driving force behind a leading campaign.

She launched #MakeMenopauseMatter with 155,000 petition signs and cross-party Westminster support in 2018.

If you are affected by any of the issues raised in this article, contact The Samaritans on 116 123. They are available for free at anytime. Or email https://www.samaritans.org/

Left in the dark

I found myself on a major road, the first time I had driven in months.

I’d picked up my four Jack Russells, put them in the boot of my car, got in and drove without thinking.

It was the first time I’d been left alone for a short period of time for months, and something propelled me to get in the car.

I had been waking up with thoughts like, 'if this is what my life is going to be like, I don’t know if I can carry on'.

I came within a hair’s breadth of driving in front of a lorry, because I thought it would be better for everyone else. I was becoming such a burden.

It all started in 2012 when I had to have a total hysterectomy – removal of my ovaries, womb and cervix – because at the time, it was feared I had ovarian cancer.

Fortunately surgery showed that it wasn't ovarian cancer, but the horrendous pain I’d been living with was advanced endometriosis and adenomyosis.

Before my operation in 2012, I knew I’d go into an early menopause at the age of 45, because removing the ovaries triggers it.

But I just thought it was hot flushes and no more periods. I had no idea of the complexities, the 30+ symptoms or health concerns, of the menopause.

I wasn’t given any information about HRT, which replaces the hormones lost during the menopause, and I’d never thought to get it either, because I’d seen so many scary headlines about it.

I was simply told, 'go home and see your GP in a few weeks'.

Three months later, things started to go wrong. I started to feel anxious and would have panic attacks.

I didn’t want to walk my dogs anymore, I wouldn’t pick up the phone or open the post because I was terrified of what was in it.

I started to withdraw, seeing only my very close family, and stopped working because I couldn’t think clearly – I was running two businesses at the time.

I’d wake up at 2am and not be able to fall back asleep because my heart was racing and it felt like someone was sitting on my chest.

Things escalated to the point where I was thinking completely irrationally. I didn’t want to walk my dogs anymore, I wouldn’t pick up the phone or open the post because I was terrified of what was in it.

The world just started feeling like a very dark and scary place, and every day was worse than the one before.

I became so afraid that I couldn’t be on my own.

My husband asked my mum to stay with us, and as he worked, she had to be with me at all times and would even sit in the bathroom with me while I showered because I was too terrified to be alone.

It sounds completely ridiculous, and I find it hard to recognise that person now.

I remember one night I woke up and started having a panic attack and felt like I couldn’t move.

I crept across the landing and crawled into bed with my mum, laid my head on her chest and sobbed. It felt like I was a little girl again, I was utterly helpless.

But I wouldn’t see my doctor, despite my family begging me to, because I was absolutely terrified because I thought I was going mad. I worried I’d get hooked on antidepressants.

That’s when, four months into my misery, I tried to take my own life.

The thing that stopped me from driving into the traffic was the sound of my Jack Russell Henry’s bark. I forgot I had put my dogs in the car, for whatever reason.

It brought me back to reality. I remember gripping the wheel of the car and being horrified at what I’d nearly done.

I managed to get home and just tell my husband what I’d done and he wasted no time contacting the doctors and asking them to see me urgently that day.

Later that day I was sitting in front of my GP, and I sobbed as I told her everything that had happened.

She was the first person, after all this time, that had explained to me I’d completely run out of the hormone oestrogen, and how the loss of it can have a huge effect on our mental health.

Within 48 hours, the world didn’t seem as dark and I could see a chink of light.

Things could have been very different if I hadn’t seen that GP. Every woman should have the same knowledge from their doctor, but at the moment it is pot luck.

My mental health slowly started to improve as I continued with the treatment. And while at first I was grateful to find answers, I then got really angry that it had taken so long. 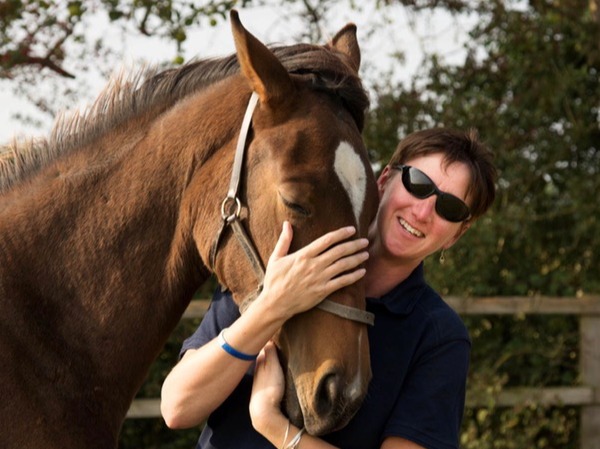 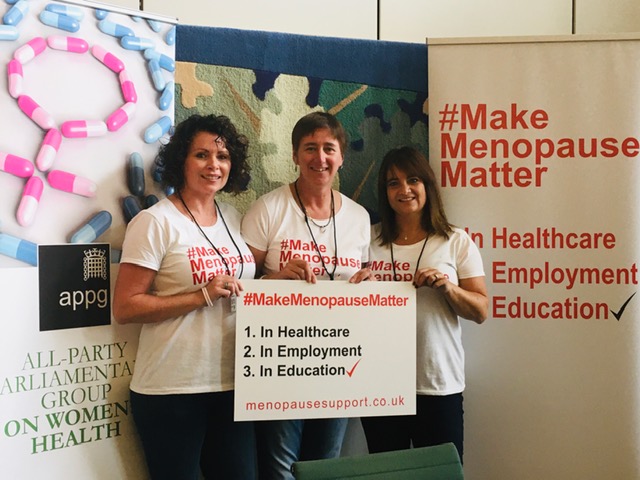 What is a surgical menopause?

Most women naturally reach menopause between the ages of 45 and 51, transitioning over a few years.

But for some women, they are plunged straight into it – often years earlier – due to surgery to remove the ovaries, for example to treat endometriosis or prevent/treat cancer.

The ovaries are the main source of oestrogen.

During a natural menopause, the ovaries stop making the hormone slowly. But after surgery, levels drop quite rapidly.

It can cause symptoms of the menopause – of which there are up to 40 – such as hot flushes, low mood, brain fog, lack of interest and loss of libido.

Some doctors may recommend hormone replacement therapy (HRT) after an oophorectomy to ease symptoms and reduce the risk of diseases like heart disease and osteoporosis.

I started to research to see if I was the only person that felt as though they were alone.

I came across this world of information, revealing women didn’t know what was going on with their menopause, and doctors weren’t trained to recognise it either.

I realised I had to do something about it. My experience had led me to open this Pandora's box of menopausal woe that I couldn’t ignore.

It took me a couple of years to feel strong again. But once I did, I changed careers so I could counsel women going through the menopause.

We launched Menopause Support, an organisation which among many things runs a support community for around 20,000 women.

In 2018, I was sitting at my desk one night reading the emails from women. I read one particularly upsetting email, and I just thought enough was enough – we needed a national campaign.

I wrote up the #MakeMenopauseMatter campaign that night. I thought, if a few thousand sign the petition online, that would be great. I never expected it to take off how it did.

Our three aims are menopause guidance in every workplace, the mandatory training of all GPs and for it to be taught in schools.

Since its launch, we have successfully ensured menopause will be taught in schools in England from September 2020 with the help of MP Rachel Mclean lobbying the Department of Education.

There are days I hear such awful stories that make me cry. Other days I want to hit my head against a wall – it is so simple to fix, it’s not rocket science!

The scariest thing of all is that the greatest risk of suicide amongst women is between the ages of 45 and 54 – the age of perimenopause through to post menopause for most.

But we don't have any research on that at all.

Anecdotally, I’ve certainly heard from women who have said their mother committed suicice at a certain age, and now they reflect on it, they know they were going through the menopause.

What happened to me was extreme, but with half the population facing the menopause, there are so many women out there suffering.

When I started speaking up about this in 2015, and decided to publicly share my story, it was quite a lonely place no one wanted to say “menopause” out loud.

Now, so many people are on board and pushing for the same things.

I am determined we will be the generation to change this.