Make for the Michelin stars! Hard-to-get tables at the UK’s best restaurants are now VERY easy to reserve as Covid-19 fears keep the masses away (although Heston’s Fat Duck is still fully booked)

The hospitality industry has been served a bitter pill by the coronavirus pandemic with even the nation’s biggest-name chefs wondering whether they’ll survive a summer where staying in is the new going out.

However, there is a silver lining for those who are keen to eat out in style again – it’s never been easier to book a table.

FEMAIL searched for reservations in the next few weeks at some of the country’s most famous restaurants – including Michel Roux Jr’s Le Gavroche in Mayfair, Le Manoir aux Quat Saisons in Oxfordshire and Mana, Manchester’s only Michelin-starred restaurant – and found tables surprisingly easy to come by.

Last week, TV chef Tom Kerridge, who owns the two Michelin-star Hand and Flowers in Marlow, berated 27 diners who didn’t turn up after booking tables at his Kerridge’s Bar & Grill in central London, saying their behaviour was ‘disgraceful, shortsighted and down right unhelpful’ to an industry ‘on the verge of collapse’.

But if you’re keen to enjoy a Michelin-star meal at a restaurant you never had a hope of getting a reservation at before, now is the time to take advantage.

Even better, almost all of the restaurants are strictly adhering to social distancing – with screens and visors in place in many of them – ensuring you’re likely to feel entirely safe while enjoying your lobster a la carte.

Here, we list some of the most lusted after restaurants in the UK and find out just how easy it is to get a table at them. 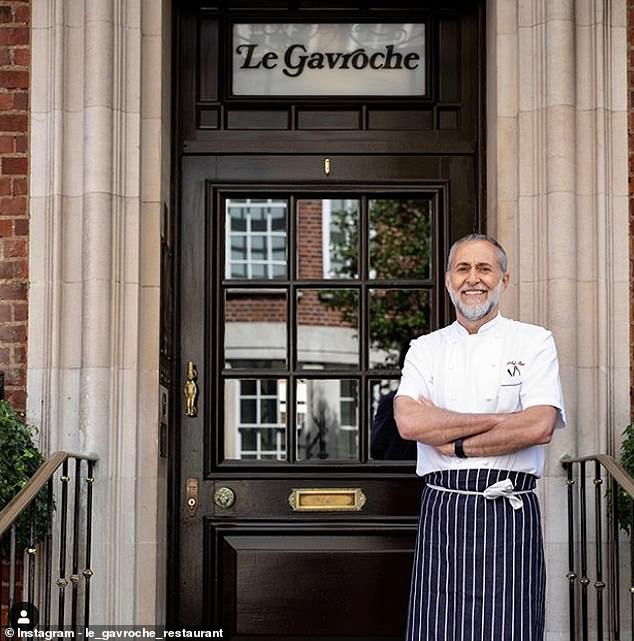 Michel Roux Junior’s exclusive London establishment remains one of the capital’s most sought after dining spots. Famous dishes include the Soufflé Suissesse. Re-opened on July 7th.

Gordon Ramsay was back at his flagship Chelsea restaurant as early as the 4th July prepping his three Michelin-star eatery for returning customers.

And across town at long-standing London favourite Petrus, also owned by Ramsay, service is back on. 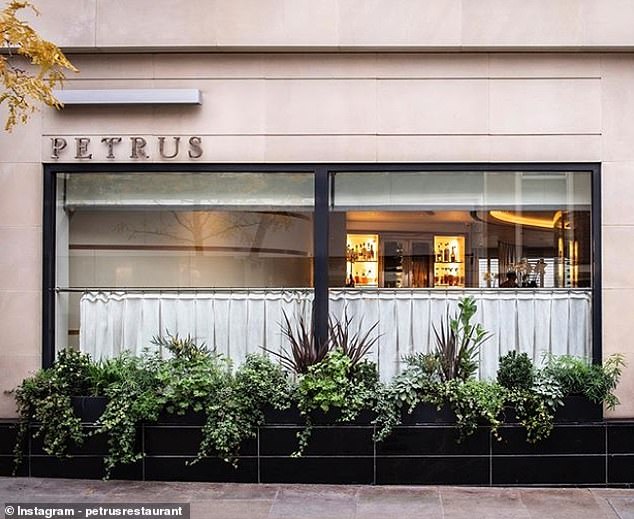 Petrus, owned by Gordon Ramsay, has plenty of lunch and dinner slots in the coming weeks according to its online booking facility

Kerridge opened Kerridge’s Bar and Grill two years ago in the Corinthia Hotel just off London’s Trafalgar Square but it is gourmet pub fare at The Hand and Flowers in Marlow that continues to prove his most popular restaurant.

Earliest table available: July 20th – for both lunch and dinner

The bar may have been a C-list celebrity haunt in the 90s but Sketch’s restaurant has real chops – in the shape of three Michelin stars above its door – these days when it comes to cooking. 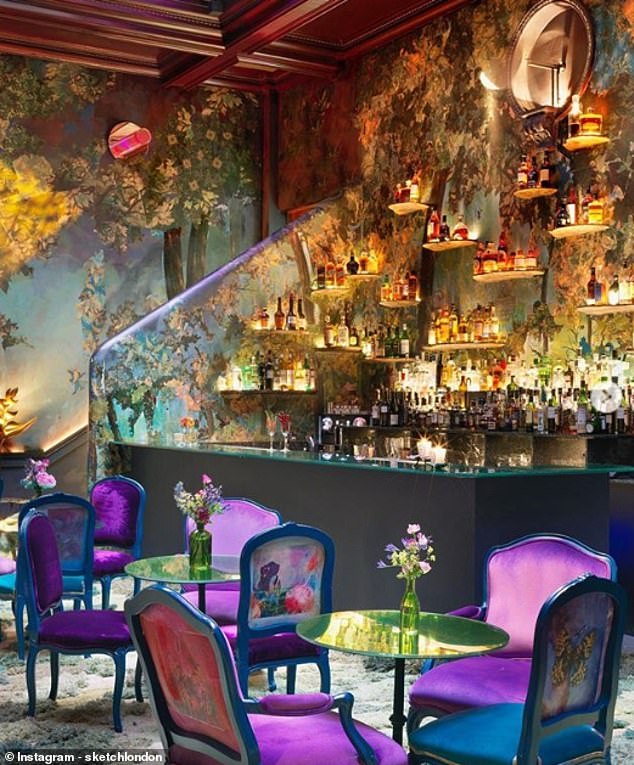 A serving of colourful decor with your salmon, madame? Inside Sketch’s lavishly decorated bar area

Famous for its Meat Fruit dish, a pate that looks like an orange, Dinner by Heston, in the heart of Knightsbridge hasn’t officially named its re-opening day…but you can make bookings from August 1st according to the website.

Heston’s baby, an hour west of London in Bray, continues to be one of the hottest tickets in town, with zero chance of a table this side of autumn it seems.

ALAIN DUCASSE AT THE DORCHESTER, LONDON

Legendary chef Alain Ducasse is playing it safe when it comes to re-opening with September looking the likely month service will re-commence.

There’s only one two Michelin-starred restaurant north of the border and Andrew Fairlie at Gleneagles, the enduring swish golf resort, is the man at the helm. 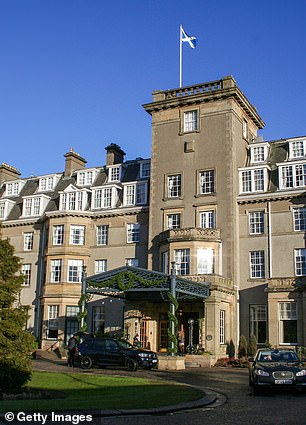 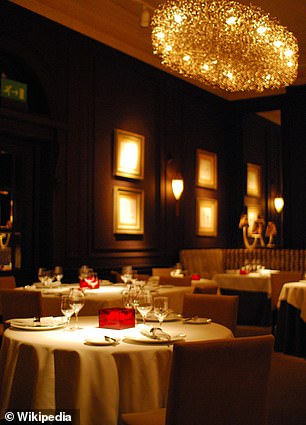 Scotland’s only two Michelin star restaurant, Andrew Fairlie at Gleneagles, is booked up until the end of August

Call for cancellations at Raymond Blanc’s Oxfordshire pile, or get to the back of the queue and make a booking for September. 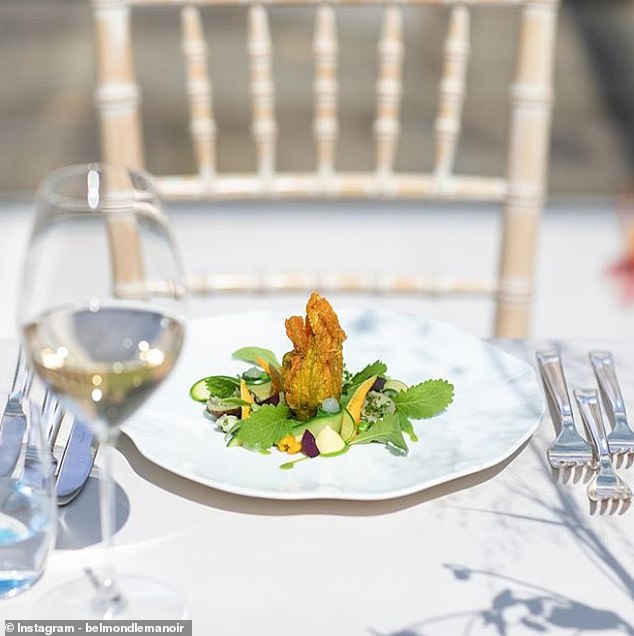 Mancunians haven’t given up on the best restaurant in town, with Mana, which has the city’s only Michelin star, fully booked unti 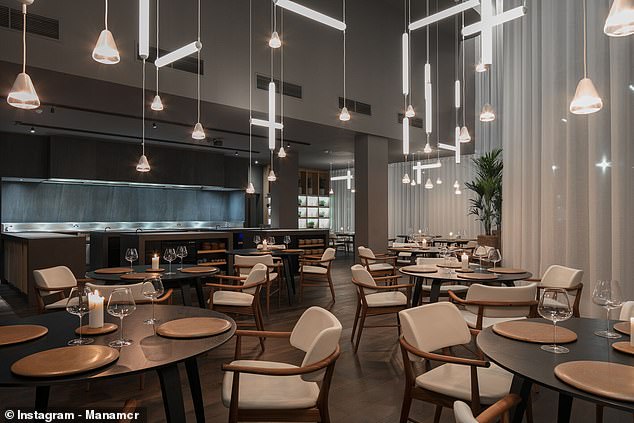 Manchester’s only Michelin-starred restaurant is enjoying being the hottest place to eat in the northern city, with waiting list places only available until October