Not a big deal. Howie Mandel doesn’t understand the big fuss being made around Meghan Markle’s comments about her experience on Deal or No Deal.

“I get it because — I’ve never said this before — but they had this pyramid of 26 beautiful, intelligent women standing there just staring at me like I was a piece of meat,” the game show host, 66, exclusively told Us Weekly on Thursday, October 27, while promoting his partnership with the ISSA. “I was in the center, just dressed up in a suit and I felt like I am more than this. And they would just look at me and I had to do nothing.”

During an episode of her “Archetypes” podcast earlier this month, the Duchess of Sussex, 41, recalled what it was like to be one of the “briefcase girls” on the NBC series, alleging that she felt like the job reduced her to a “bimbo.” The Bench author’s comments were met quickly with criticism.

“This negative backlash is extremely disappointing to Meghan, but she’s learned a long time ago not to get too cut up or demotivated by those who wish to dwell in negativity, especially over something so trivial as a job she left many years ago,” a source exclusively shared with Us amid the drama. “She knows that there are certain critics who will go to great lengths to stir the pot and call her out as a hypocrite in any way possible.” 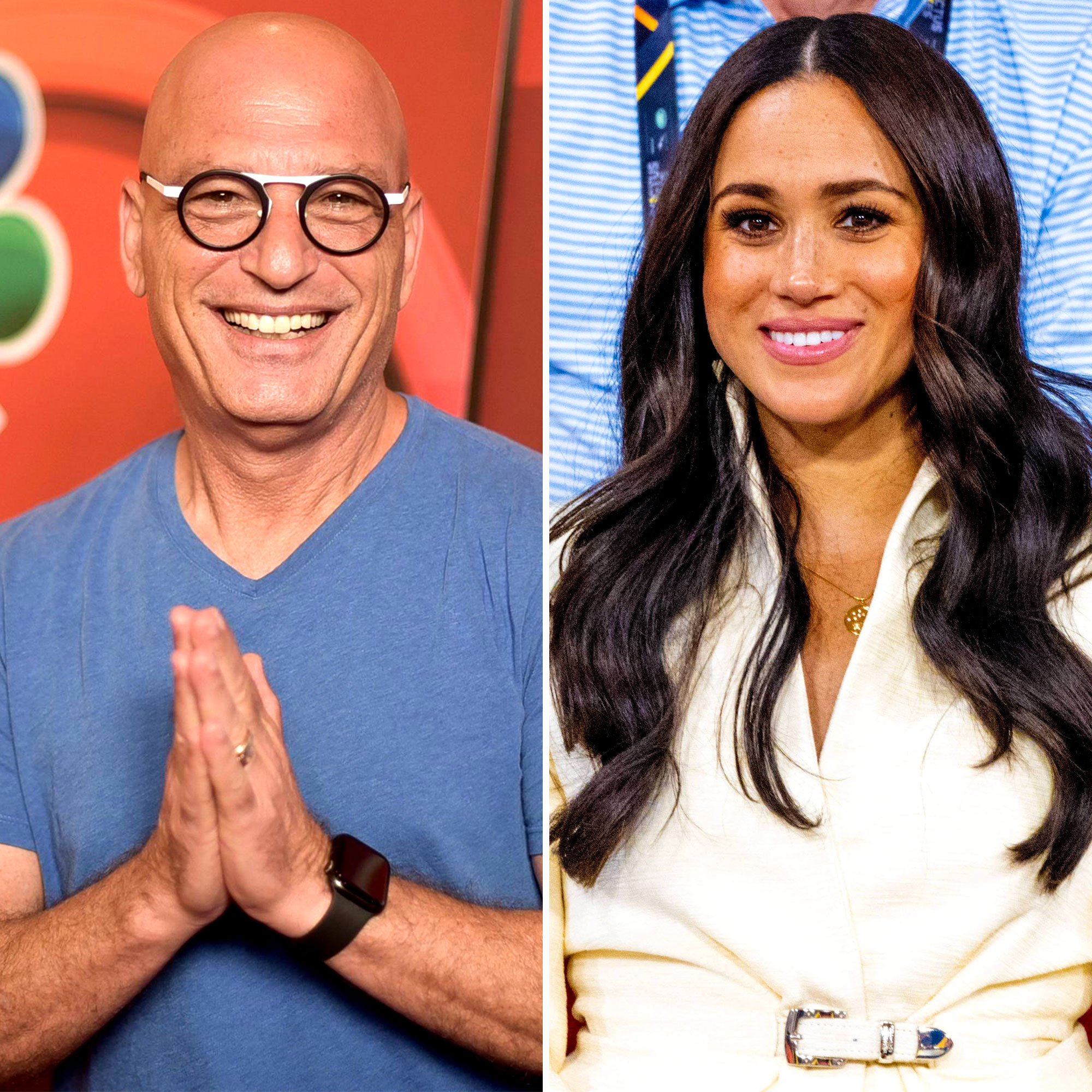 A former stylist from the game show offered her perspective days after the duchess made her comments. “To know me is to know I love my work. It’s been a rough week watching a show I love SO much be criticized,” Dina Cerchione wrote via Instagram. “I had the privilege to design the looks for Deal or No Deal, for all of the women and, of course, @howiemandel. It was one of the most wonderful, challenging, highs profile gigs of my career and I loved every minute of it.”

Mandel, for his part, opened up about his own experience, telling Us that he was only there to tell the women “to open up cases.”

Meghan Markle Through the Years

“I get it. I felt like nothing,” the Canada native recalled. “And that’s why I’ve moved on and become a judge on America’s Got Talent. I just needed more than to be a Deal or No Deal host.”

However, Mandel said the game show set “was a great workplace environment,” and defended the Suits alum, pointing out that she didn’t say it was a bad place to work. The way he viewed it, the Archewell cofounder was only talking about “what was going on in her mind.”

“I don’t think she’s maligning Deal or No Deal,” the St. Elsewhere actor shared. “I don’t think there weren’t ever [any] complaints from any of the women. And unlike most shows up until that point, the ladies had more to do. They weren’t just pointing out gifts and opening [cases], a lot of times they were mic’d and they had their input.” 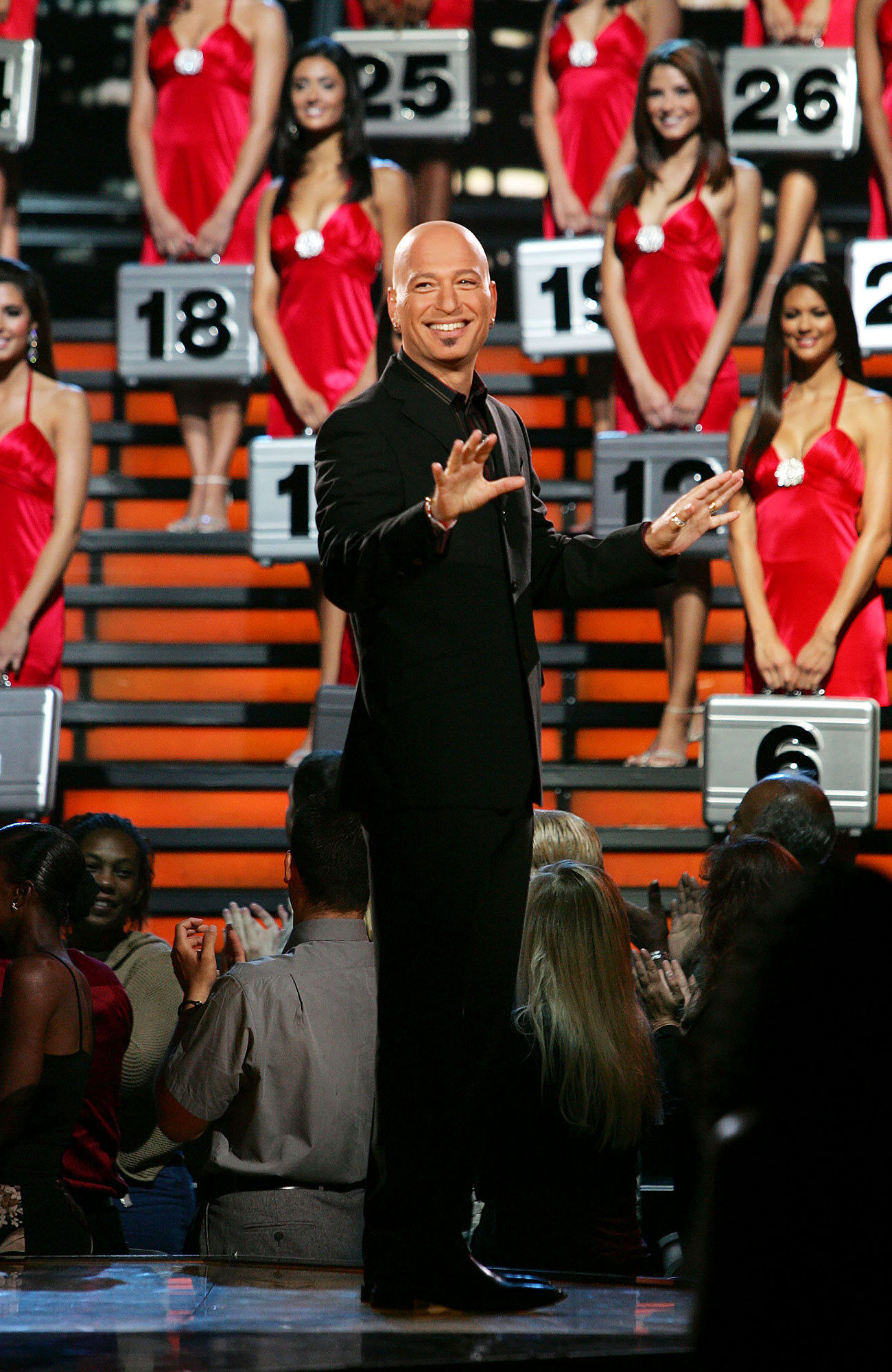 Mandel went on to argue that several of the Deal or No Deal models were “a lot more intelligent and accomplished” than he was, sharing that one of the women graduated law school and became a lawyer at the time of the show’s filming. He also noted the success of former briefcase girls Claudia Jordan and Chrissy Teigen.

“I’ve never really heard anybody complain and I don’t think Meghan is complaining,” the Gremlins voice actor said. “I think Meghan just said she wanted to do more. It wasn’t fulfilling for her.”

The former Howie Mandel Show host added: “So I don’t know why there is a big hoopla, except I have to say that me standing there with 26 women staring at me made me feel like a bimbo.”

With his partnership with the ISSA, Mandel went to public places like restaurants and hotels, to film a video series called Watch Howie Clean It to inform the public on how to achieve the organization’s standards for cleaning.

“[Now] we realize how important it is to be clean, even for our own health and safety,” he told Us. “And I learned things that I didn’t know before. … Cleaning is probably the one thing that affects more people than any one thing.”

With reporting by Christina Garibaldi