Even in the routinely bizarre world of musical theatre, where winning productions have been borne from cats, serial killers, rapping statesmen and Mormons, some ideas still seem far-fetched.

A jukebox musical based on the visceral, raw energy of Alanis Morissette’s 1995 alt-rock juggernaut Jagged Little Pill, for example. 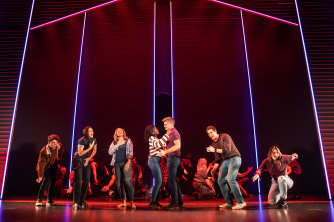 With 33 million copies shipped worldwide (one million in Australia alone) and five Grammys to its name, it remains among the most beloved albums of all time. But the bitter bloodletting of a song like You Oughta Know doesn’t exactly evoke jazz hands.

So when her agent asked if she’d be interested in tackling the book for the musical, Diablo Cody – the Hollywood screenwriter best known for her Oscar-winning film Juno – was understandably sceptical.

“I just thought, how on earth are those really personal, intimate songs going to translate to Broadway? I wasn’t a theatre kid growing up, so when I hear Broadway I picture the Rockettes doing a kick line,” she laughs. “I was like, I don’t know if I wanna be involved in something like this.” 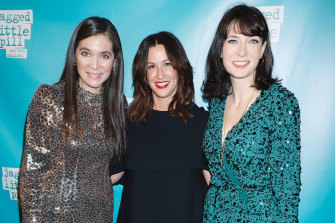 Intrigued by the fact the production would be helmed by Tony Award-winner Diane Paulus (“a legendary director, very intellectual,” says Cody) and choreographed by Sidi Larbi Cherkaoui (“this experimental genius from Belgium”), she dared to consider the possibilities.

“I met with Alanis and we clicked. I am being completely sincere when I say Alanis is a goddess walking this earth. The most generous, the most encouraging, the most intuitive person,” says Cody.

“I talked to her about the fact I saw this as a story about a dysfunctional family and she was like, ‘I’m down’, and we just kind of went full steam ahead.”

The production – which debuted to standing ovations on Broadway in December 2019 before COVID forced it to shutter just three months later (even now it’s awaiting the result of its perennially-delayed, field-dominating 15 Tony nominations) – will open Sydney’s refurbished Theatre Royal on September 23, the musical’s first run outside Broadway.

“After years of development, the hard work, tears, injuries and finally getting it right, to then having the show close so abruptly, it was a crusher,” says Cody. “So the fact it’s coming to Sydney is mindblowing.”

Like any angsty teen coming of age in the mid-’90s, Cody lived for Jagged Little Pill when she first heard it at 16. But feeling personally seen by Morissette’s lyrics (“It was like she was speaking directly to me,” Cody, now 42, recalls) and translating them to flashy Broadway numbers are vast concepts.

“I thought, gosh, I’ve listened to this song a million times but never realised how intriguing it is. Like who is Mary Jane? She’s a complex character, a woman who’s been living in denial for a long time and kind of lost her way. It was really affecting.”

She made Mary Jane, the musical’s central character, a middle-aged mum “because I am, so, like, write what you know,” says Cody. From there, the rest flowed.

“The album has this great opener, All I Want,” says Cody. “I laughed because one of the rules of a Broadway musical is you have to have what they call an ‘I want’ song, where everybody states what they want – something like Part of Your World in The Little Mermaid.

“I started to realise that, in a weird way, Jagged Little Pill is a concept album. It was like, ‘Oh, this is too easy!’” she laughs. “Don’t get me wrong, it was hard – but it was almost like the album was made for this medium.” 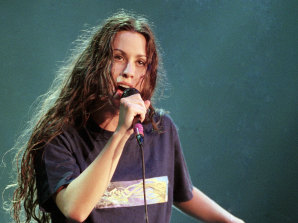 Alanis Morissette in 1996. It’s now been 26 years since the release of her breakthrough Jagged Little Pill.Credit:Getty

“The songs felt more relevant to me now than they did at the time they were released, which is kind of crazy,” says Cody of her updated interpretation.

“When Jagged Little Pill was written, for example, we didn’t have influencers, but I think a song like Perfect really sums up the anxiety of this day and age. And the song Wake Up felt so necessary at the time we were staging the show because our whole country was in this chaotic state where people were starting to open their eyes to how broken many of our systems are.” 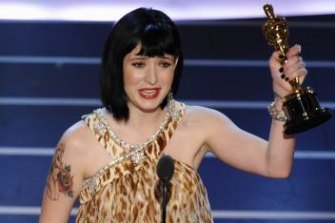 Diablo Cody with her Oscar for Juno.Credit:AP

Collaborating with formative figures has become something of a career coup for Cody, who also recently worked alongside Madonna on a screenplay for an upcoming biopic about the pop icon.

“I have to pinch myself all the time,” she says. “I listened to songs by these women growing up, went to rollerskating parties and slumber parties and enjoyed the music on just the most pure, innocent level.

“During this whole process I had one chief goal in mind, and that was to create a show that Alanis loves. Watching it with her was one of my favourite things, because I saw her pride and her approval and it was a good feeling. She was so wonderfully receptive and loved it, and I thought, ‘Alright, mission accomplished.’”

Tickets for Jagged Little Pill are on sale from 10am, Monday, May 31.

Our Morning Edition newsletter is a curated guide to the most important and interesting stories, analysis and insights. Get it delivered to your inbox.