National Retail Federation President Matt Shay reacts to the report that organized retail crime was up by 26.5% annually in 2021 on ‘Varney & Co.’

The Home Depot says it's "outraged" that an elderly worker had died after being shoved during a store theft in North Carolina this fall.

However, the world's largest home improvement retailer said it continues to fight crime "on all fronts."

The 83-year-old worker died on Dec. 1 due to complications from injuries he sustained when a suspect allegedly shoved him while stealing pressure washers in October.

Security video released by the Hillsborough Police Department showed how the elderly employee had approached the alleged shoplifter while he was trying to leave the store with the stolen items. However, the suspect shoved the man out of the way and fled, according to the footage. Hillsborough is a bedroom community for both Durham and Chapel Hill.

A medical examiner ruled that his death was a homicide.

The company deferred comment on anything pertaining to the incident to local authorities, but said the safety of its associates and customers is a number one concern.

"Like everyone, we’re shocked and outraged by this incident," a Home Depot spokesperson told FOX Business. 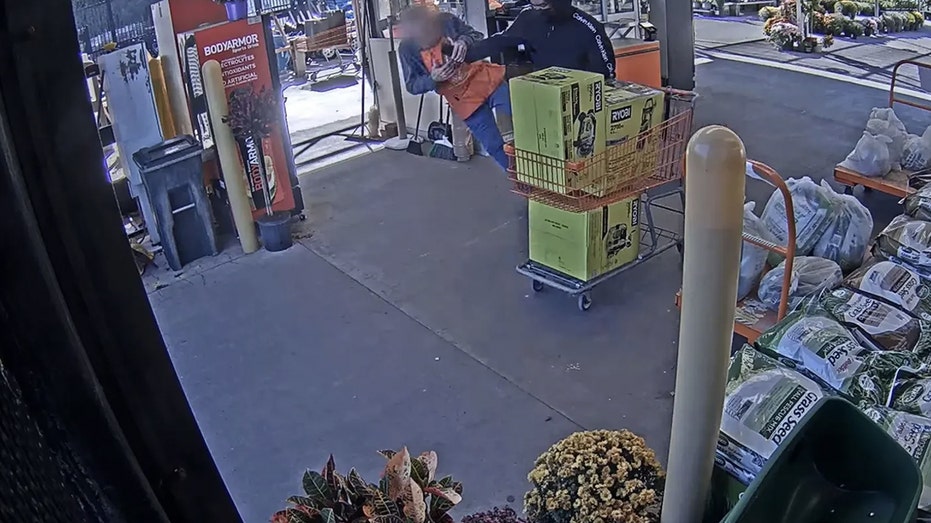 The elderly worker approached the alleged shoplifter and the suspect shoved him to the ground. (Hillsborough Police Department)

In terms of combating retail crime, the spokesperson said the retailer is "fighting it on all fronts."

This includes investing in "security and technology to harden the target," the spokesperson said. The company has also been working on legislation at the local and federal levels as well as partnering "with Attorneys General to combat crime of all kinds," the spokesperson added.

In January 2022, the company announced that it had been ramping up its security investments for several months to combat the surge in organized crime hitting retailers across the nation.

"We've been doing more physical security. We've been innovating some new tools and technologies to make it a little bit harder for the bad guys and girls to steal products," Home Depot Vice President of Asset Protection Scott Glenn told FOX Business earlier this year. "But we've also been investing in our own behind the scenes technology, innovative things like activation of product."

Product-activation technology utilizes Bluetooth to create an on-and-off switch in certain products that must be activated through a transaction at the register, FOX Business previously reported.