The nation’s jobless rate could be driven much lower than the sub-5 per cent target to be set by Treasurer Josh Frydenberg in the May budget, economists said as business leaders urged the government to unleash a wave of digital reforms that could deliver a $210 billion economic pay-off.

Some economists believe the government should aim for a jobless rate of less than 3 per cent – a level last seen in the early 1970s – if it wants a sharp lift in wages. 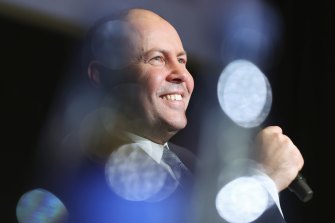 Mr Frydenberg used a speech to the Australian Chamber of Commerce and Industry on Thursday to reveal a major shift in government budget policy, which is now focused on driving unemployment below 5 per cent.

A plan to start budget repair once the jobless rate is around 5.5 per cent will be abandoned, with Mr Frydenberg saying instead debt – forecast to reach $1 trillion by next decade – will be paid down slowly and without sharp cuts in expenditure.

“For fiscal consolidation to be sustainable, it should rely on gradual changes that are made over time and that provide the foundation for a growing, thriving economy,” he said.

The move is partly based on new research by Treasury into the rate at which unemployment will start to lift inflation. That research, released after Mr Frydenberg’s speech, suggests the jobless rate may need to be even lower than 4.5 per cent, citing a string of factors that have contributed to a global step-down in wage growth.

“Structural factors may have altered the wage and price-setting dynamics in advanced economies. These include increased competition in good markets, increases in services being provided internationally, advances in technology and changes in the supply of labour and labour market regulation,” it found.

“This is a treasurer who got his forecasts wrong, he got his budget strategy wrong, and now he’s been forced into this humiliating about-face in this scripted speech,” he said.

The executive director of progressive think tank Per Capita, Emma Dawson, said the government should aim for genuine full employment, which would equate to a jobless rate of between 2.5 per cent and 3 per cent. 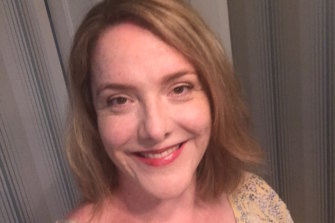 Per Capita executive director Emma Dawson says the government should “go hell for leather” and aim for a sub-3 per cent jobless rate.

“We won’t know what it is until we get there, so let’s go hell for leather for full employment,” she said. “And that means addressing underemployment because inflation won’t rise until people feel secure and confident, which requires them not just having a job, but a secure job with decent pay and enough hours to meet their needs.”

Independent economist Saul Eslake, who believes unemployment could fall below 4.5 per cent before pushing up inflation, said the government was making the right decision by holding back on budget repair.

He said there was a case for the government to take even longer to repair the budget so the Reserve Bank, which has official interest rates at 0.1 per cent, can rebuild its monetary policy buffers.

“That’s because as things stand at the moment, and on the RBA’s present timetable until 2024, the RBA has no scope to respond to another downturn: whereas the government could, if necessary, do some more discretionary fiscal stimulus,” he said.

Australian Council of Social Service chief executive Cassandra Goldie said the government’s focus on a lower unemployment rate was the right move but urged Mr Frydenberg to target budget spending at people on low incomes and on women.

“Investment in the caring sector also better delivers on women’s economic security with workforces that are between 80 and 90 per cent female in the aged care, child care and community services sector,” she said.

Research released by the Business Council of Australia on Friday urges the government to target a new digital strategy as a way to lift economic growth and lower unemployment.

The strategy includes a cabinet minister dedicated to digital change, grants or vouchers worth $10,000 for small and medium-sized businesses to upgrade their digital systems and including digital services in the current 20 per cent investment allowance.

Telstra CEO Andrew Penn, a member of the BCA, said increased rates of digitisation would create 250,000 new jobs in five years while the economy would be $210 billion better off over the next 20 years, including a boost to government budgets of up to $37 billion.

“If we are bold and if we act now it will shape our economy, our society and our future for the benefit of all Australians,” he said.