Beer comes in a wide variety of colors and now, that includes blue.

French craft brewer Hoppy Urban Brew has created a blue beer using algae, according to a report from Reuters.

The algae, called spirulina, has a naturally blue color from phycocyanin, Reuters reported. Phycocyanin is reportedly what’s added to the beer during the brewing process.

THE MOST LOVED GAME DAY SNACKS AHEAD OF SUPER BOWL 2022, ACCORDING TO INSTACART

Hoppy Urban Brew is working with Etika Spirulina – the company that grows the algae – to make the beer it’s calling "Line." 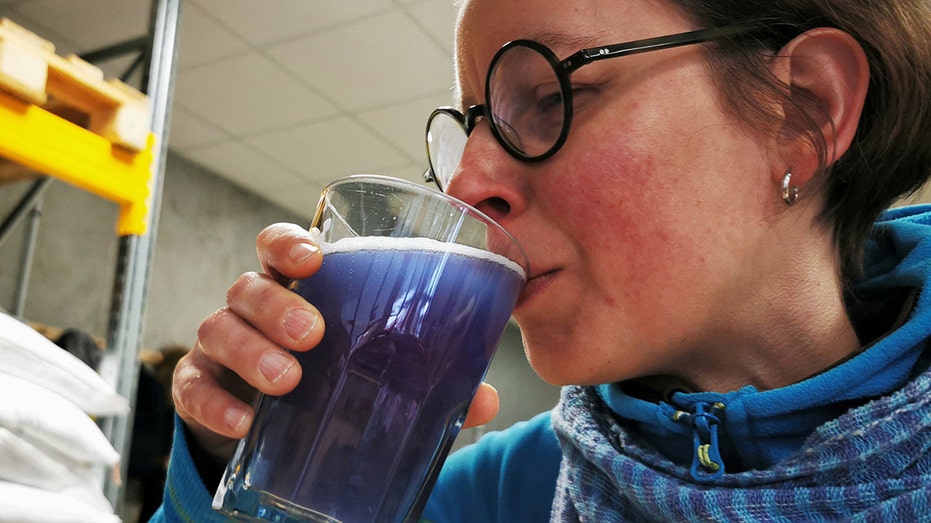 Hoppy Urban Brew (HUB) worker Mathilde Vanmansart drinks a glass of the Line blue beer, which is made with spirulina algae, during an interview with Reuters inside the brewery in Roubaix near Lille, France, January 31, 2022.  (REUTERS/Ardee Napolitano) 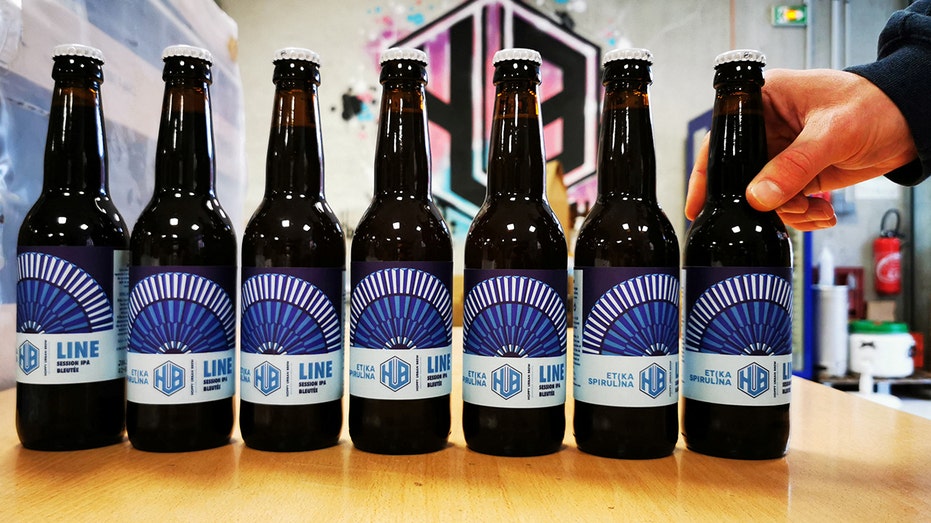 Bottles of the Line blue beer, which is made with spirulina algae, are displayed on a table inside the Hoppy Urban Brew (HUB) brewery. (REUTERS/Ardee Napolitano)

The brewery wanted to make its beer blue as a way to stand out and the strategy appears to be working, according to Reuters.

One employee told the outlet that the beer has been a success.

"It's getting an enormous amount of interest and curiosity on the part of the public," Sebastien Verbeke told Reuters. 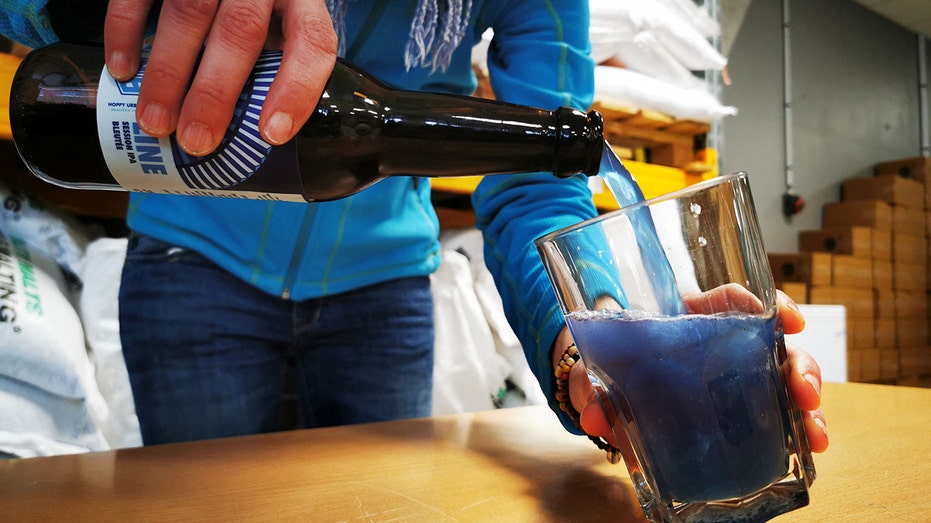 Another source from the farm that provides the spirulina to Hoppy Urban Brew told Reuters that 1,500 bottles of blue beer were sold from October through December last year.

Another employee described the beer’s taste as "hoppy, light and with fruity notes," Reuters reported.