Laura Jane Grace of the punk band Against Me! will be playing a solo set at Philadelphia’s Four Seasons Total Landscaping on Aug. 21, the groundskeeping company and others tweeted on Thursday. The show will also feature a performance by Brendan Kelly of the Lawrence Arms.

According to Grace, tickets for the show, which went on sale Thursday, sold out in 17 minutes.

It is assumed that Trump’s former lawyer (or someone on his team) made a gloriously bad blunder and mistook the small business for the ritzy Four Seasons Hotels & Resorts, resulting in a presser situated near an adult book store and a crematorium.

“This will be the first and last time Brendan and I will play in front of a landscaping company and we promise it will be better than that MAGA shit show,” Grace said in a statement, according to Rolling Stone. 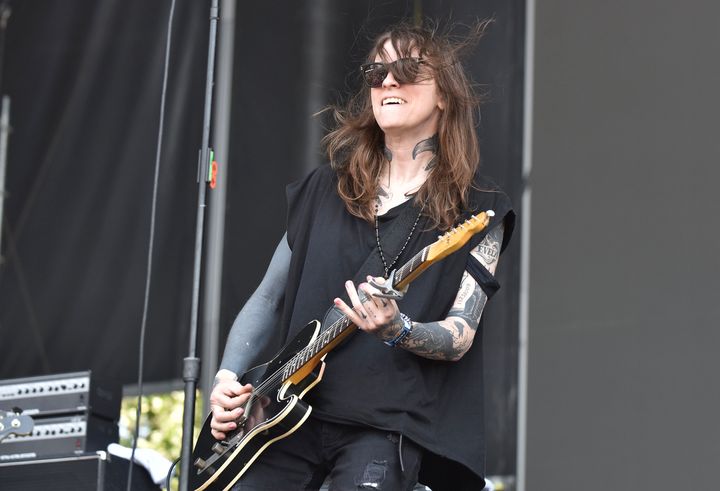 Four Seasons Total Landscaping also had some fun on Twitter with the announcement.

Grace hinted Tuesday on Twitter that she would announce the “most insane show I will ever be a part of” on Thursday.

“I will literally never play a venue with more class & prestige,” she added.

She also gave Kelly credit for the “brilliant” idea of playing at the notorious location.

Here’s hoping that Grace and Kelly don’t get too overwhelmed by the attention their show is getting before the big day.