A blood-stained fabric swatch that’s said to come from a dress worn at the time of President Abraham Lincoln’s assassination is going up for sale.

The small rectangular strip reportedly belonged to actress Laura Keene, who starred in an onstage production of "Our American Cousin" at Ford’s Theatre in Washington, D.C., on the day of Lincoln’s assassination, April 14, 1865.

Fast-forward 157 years — and the swatch is going to be sold at the New York International Antiquarian Book Fair. The fair is scheduled to run April 21-April 25 at the NYC Park Avenue Armory.

"Where the rest of the dress is, no one knows. It disappeared someplace," said Daniel R. Weinberg, owner of Abraham Lincoln Book Shop, Inc., in Chicago, during a phone interview with FOX Business. 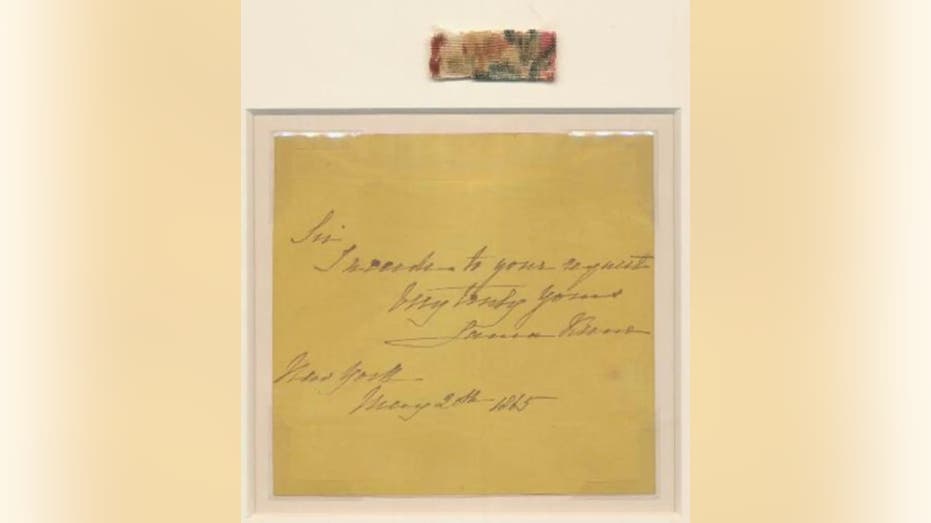 A blood-stained piece of fabric that appears to be from the costume Laura Keene wore on the day of President Lincoln’s assassination will go up for sale for $125,000 at the 2022 New York International Antiquarian Book Fair. (Courtesy Abraham Lincoln Book Shop, Inc. / Chicago, IL)

Weinberg noted that he’s come across and has handled four other fabric swatches from the same dress during his 50-year tenure with the bookshop.

"These fragments, these cuttings remain, and it puts you right there," Weinberg said. 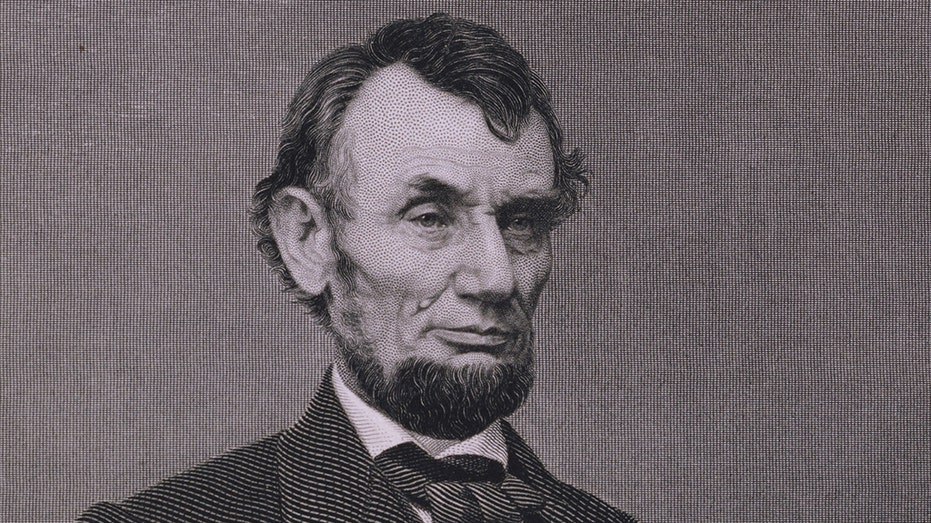 An engraving of Abraham Lincoln by William G. Jackman is shown here, based on a photo by Mathew Brady. Said Daniel Weinberg to FOX Business about a rare piece of a dress allegedly worn when Lincoln was assassinated, “It’s the collectors who are reall (Photo by Stapleton Collection/Corbis via Getty Images / Getty Images)

"This one — although it was the smallest of those that I've had — it seems to be the most impressive to me because I think it was very close to the wound Lincoln had."

He continued, "The other pieces I had — there was not a lot of blood. This one is the darkest that I've seen."

Keene reportedly raced up to Lincoln’s box in the theater after he was shot and cradled his head, according to multiple historians who have documented the assassination.

Weinberg told FOX Business that the fabric swatch’s pattern matches the dress cutting that Keene donated to the state of Illinois.

The cutting has been displayed at the Abraham Lincoln Presidential Library and Museum in Springfield.

The current swatch made its way to Weinberg decades ago from a male collector who died. It’s accompanied by a handwritten note that reportedly came from Keene — and was signed over to an unnamed gentleman.

"The family did not know where he had gotten it," Weinberg said.

Weinberg hopes to sell the swatch for $125,000 at his booth during the New York International Antiquarian Book Fair. The swatch will come with a collection of historical artifacts from the play, including photos, letters and leaflets.

"I think it's going to find a home because Lincoln is very hot right now anyway, as he always is," Weinberg said.

At previous fairs, Weinberg exhibited a rare autograph book that included letters from Lincoln and members of his cabinet, as well as a "Lincoln Mourning Fan" from 1866, which was displayed at the World’s Fair in Paris a year after the assassination.

"Collectors are embedded in their communities, and they have these artifacts from history, and relics like this or artifacts — and they show [them] at historical societies or libraries in their town."

He continued, "They take [their artifact] to schools and show it off and tell the stories to people who might not know history because [the] humanities aren't being taught these days."

"So," added Weinberg, "it's the collectors who are really keeping history and the humanities alive."