Known for her risqué red carpet looks, Doja Cat caught eyes yet again while wearing a fully sheer gown to the 2021 iHeartRadio Music Awards on Thursday.

The “Say So” artist, who is nominated for three awards, strolled the red carpet in a full-length, see-through gown by Brandon Maxwell. The sheer green look covered — sort of — the singer’s matching green undies as she twirled and smiled for the cameras. 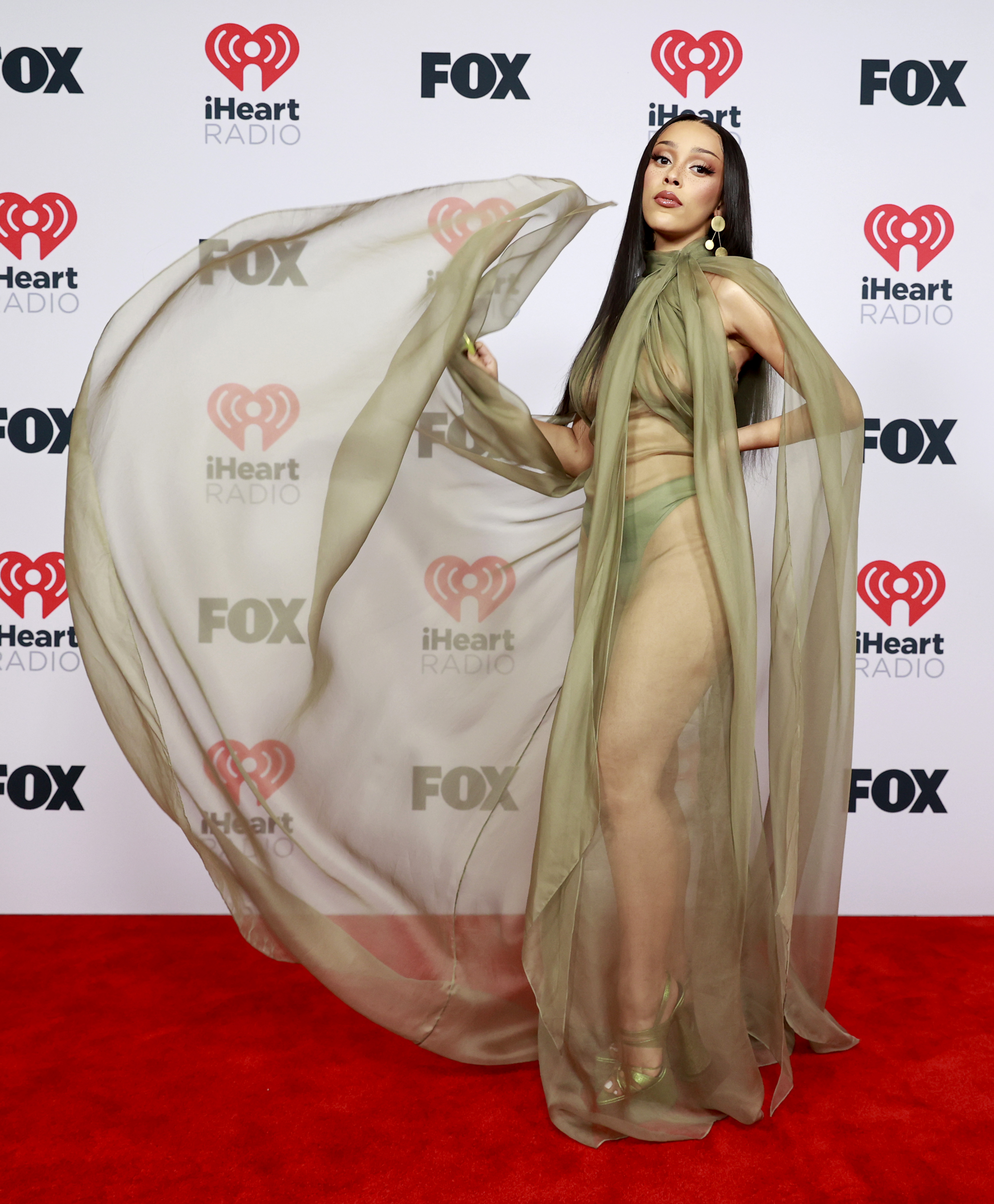 Coincidentally, it’s the same gown Gigi Hadid wore during her maternity shoot back in September 2020.

Doja, 24, opened up about her upcoming album, “Planet Her,” while on the red carpet, telling iHeart it’s “the most visually captivating project I’m going to be doing.

“We’re kind of basing it all in space,” she continued. “It’s about relationships and kind of run-of-the-mill relationship stuff but I love it. It’s new; the fact that it’s new makes me excited. It’s not a huge political statement, it’s just ‘Planet Her.’” 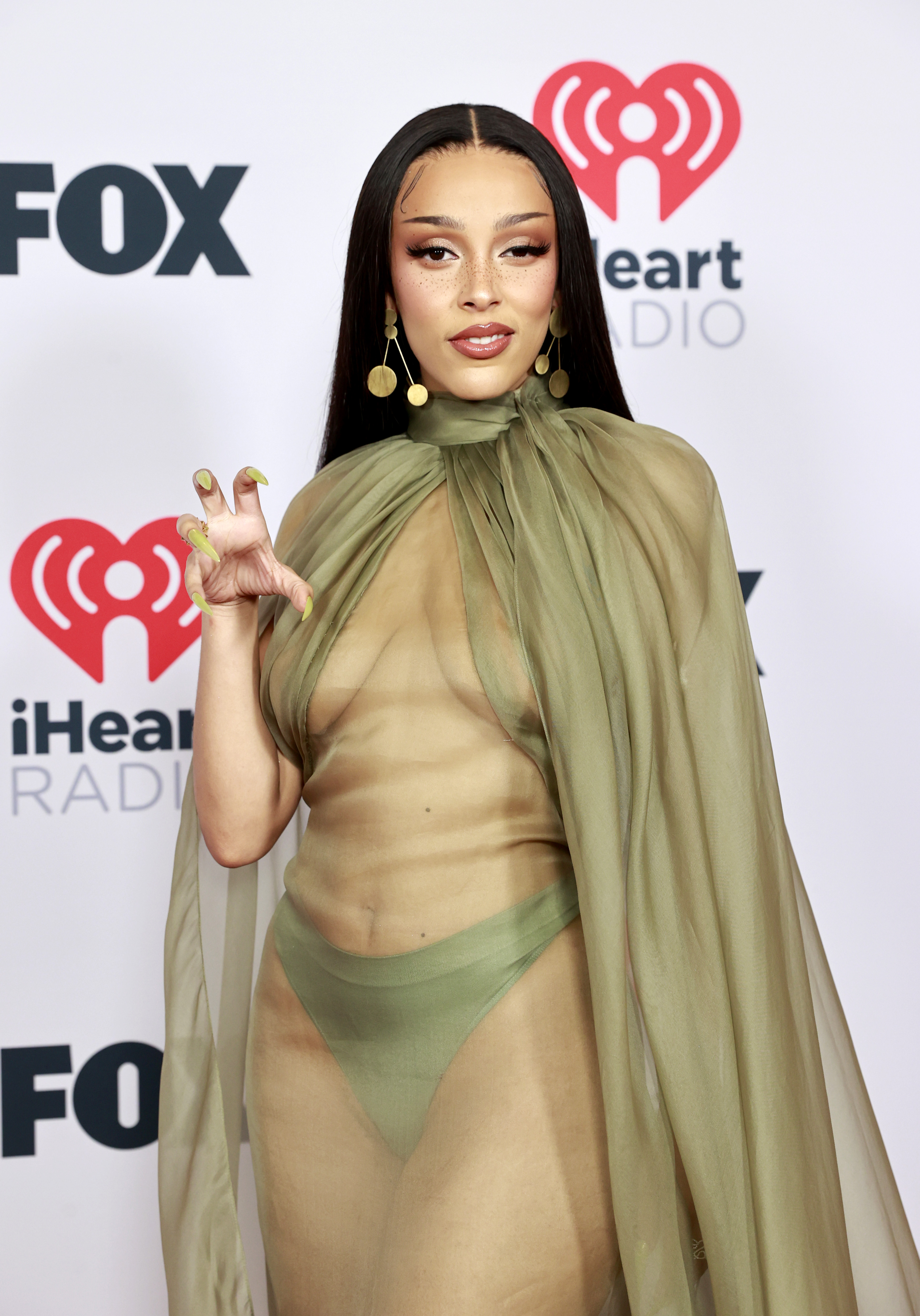 Doja’s never been afraid to show off her physique, wearing a nude bodysuit during her 2020 MTV Video Music Awards performance.