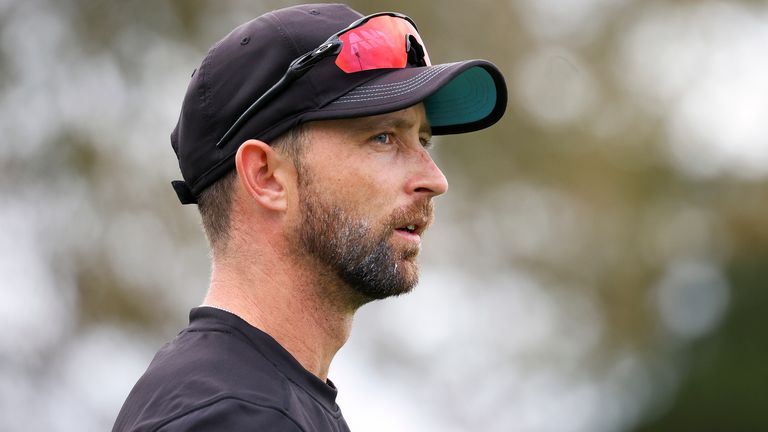 South African-born batsman Devon Conway is one of three uncapped players named in New Zealand’s 20-man Test squad for the upcoming tour of England on Thursday.

Conway, who was cleared to play for the Black Caps on residential grounds last August, is joined in the squad for the matches at Lord’s and Edgbaston in June by all-rounder Rachin Ravindra and swing bowler Jacob Duffy.

The squad will be whittled down to 15 players ahead of the World Test Championship final against India at the Rose Bowl in Southampton later in June, New Zealand Cricket said.

Conway has forced his way into the international reckoning with a torrent of runs since moving to New Zealand in 2017, and notched up his maiden one-day international century against Bangladesh in Wellington last month.

The 29-year-old left-handed batsman was only assured of a place in the squad last week after securing his permanent residency, without which he would not have been able to return to New Zealand after the tour.

New Zealand have named their 20-player squad for the upcoming two-Test tour of England before the #WTC21 Final. pic.twitter.com/AsB43b0a10

Conway is the most likely of the three uncapped players to make their Test debut on the tour, with Kane Williamson’s team in fine form over the home summer with series sweeps over West Indies and Pakistan.

Ravindra, who combines top or middle order batting with left-arm finger spin, is only 21, while Duffy would have to force his way into a top-class bowling attack.

Paceman Doug Bracewell has been recalled almost five years after his last Test but will have to prove he has recovered from a hip injury before he gets on the plane.

All-rounder Colin De Grandhomme will also have a fitness test before the squad departs after undergoing ankle surgery in March, as will batsman Ross Taylor after a hamstring injury ruled him out of two of the ODIs against Bangladesh last month.