Christine Ko is the first to admit she entered Hollywood blissfully ignorant of the industry’s realities — and she’s thankful she did.

The 32-year-old Georgian never went to theater school or received proper acting training, yet has made a career for herself in roles done on her own terms, in authentic representations of Asian American women who are comedic and dynamic as Ko is herself. She stars on “Dave,” the cult-hit series based on the life of rapper Lil Dickey, government name David Burd, as Emma, who finally gets her own focused episode out today. Having starred last year in “Tigertail” on Netflix and more recently in Justin Bieber’s video for “Hold On,” Ko is busier than ever and just getting started.

She’s at home in Los Angeles, having recently returned from a month in Utah shooting a romantic comedy.

“I’ve always wanted to do a rom-com, and it was my first chance being the lead of a film,” she says over Zoom. “I’ve definitely been lucky that these opportunities come up, but a lot of the times when it is a different character, for me, I’m scared of it. Therefore I know I have to try it because it’s not something I know.”

Ko says she still feels anxiety when going out for something new because she didn’t go to acting school like so many of her peers. It wasn’t something that her parents ever wanted for her, and they encouraged her to pursue something more stable, like finance. They weren’t without examples: the people she calls mom and dad are actually her aunt and uncle, who adopted her from her birth parents and raised her 45 minutes outside of Atlanta. Her birth father was the famous Taiwanese singer Frankie Kao, who passed away in 2014, and her mother an actress. As a kid, she would come home from school and see her dad on Chinese TV, but it felt like a completely different world.

‘Sex and the City’ Reboot Fashion Moments: See the Photos

“I never grew up around that life,” she says. “People always ask me why I wanted to be an actor and it really wasn’t that I grew up watching so many movies and my parents told me about film and directing. I truly feel that a part of it was genetic and it was in me — because my aunt and uncle were in the medical field. They did everything to make sure that I didn’t go into that life. But it’s so funny because at 21, that’s all I ever wanted to do, was be an actor.” 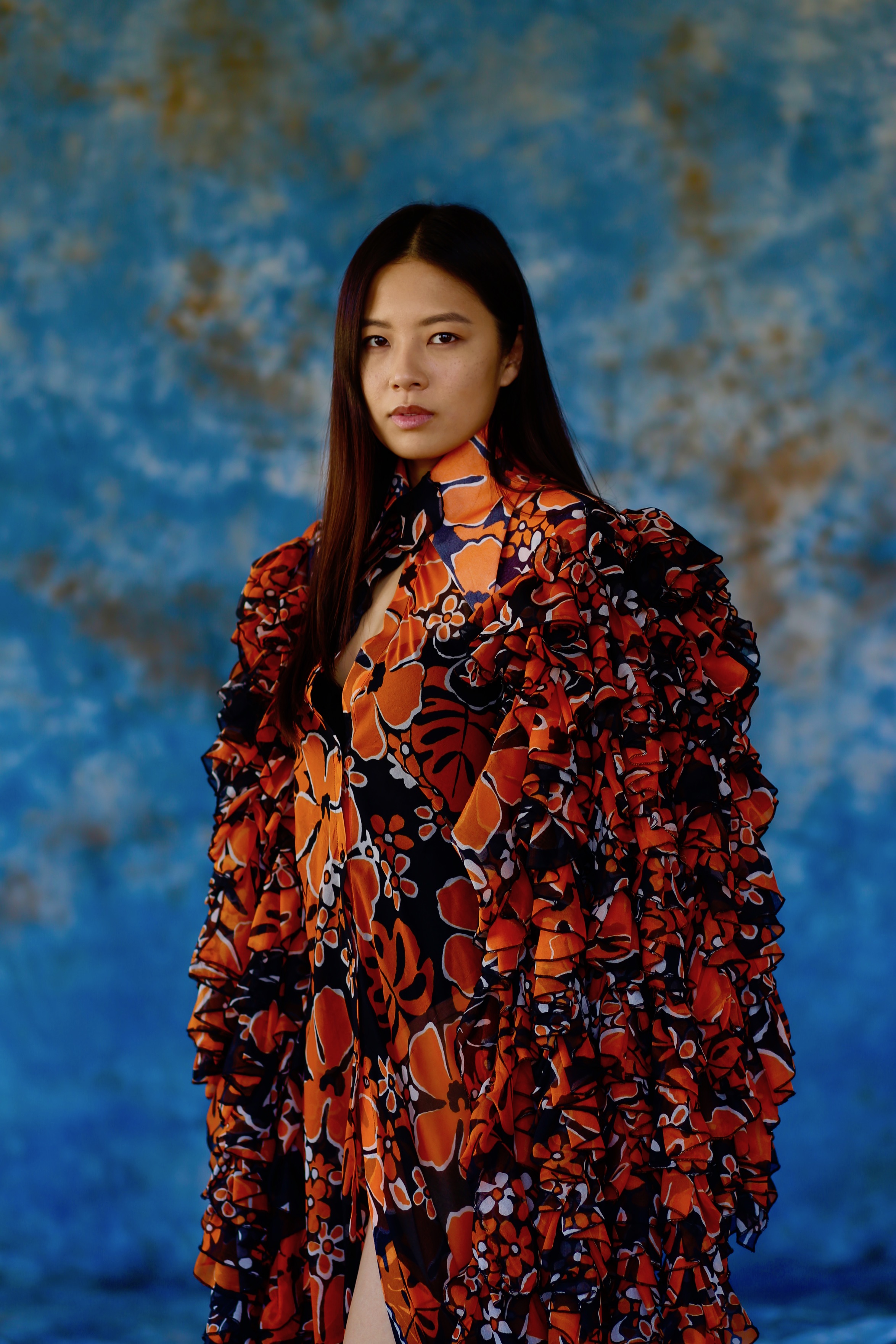 She moved to Taiwan after college to try her hand at a career there and got her training by “getting yelled at by directors to not look into camera.” After a few years, she relocated to L.A. to see about Hollywood.

“Oddly, that ignorance was good for me,” she says, looking back. “I didn’t know all the hurdles that I would have to jump through for years. I think if I would’ve known what the landscape was at the time for Asian American actors and what jobs were out there and the difficulty of even making a living as an actor, I think at 21, when I graduated, I would be like, ‘There’s no way I’m doing this. I can’t sustain myself and three side parts on a TV show is not going to be enough to fulfill this career.’ But in my mind, I really didn’t see those hurdles because I just thought, ‘why not?’”

Ko says that in the years she’s been in Hollywood, the limitations around casting diversity she experienced early on have finally begun to shift.

“I definitely feel that times are changing and that I’ve been able to join the industry at the time that has been positive for Asian American actors. It’s really feeling like it’s just starting in the last couple of years. Now it’s not so much a strange thing to see an Asian American woman as the lead,” she says. “It’s not common, but it’s not like this wild thing.”

When Ko started auditioning, many of the roles presented to her were Chinese characters with stories that didn’t match her background.

“At the time, I didn’t have the experience of learning how to be a character actor, but I had difficulty kind of molding myself to what people thought I should play: I’m very American. I’m from Georgia. I sometimes have a twang. And it was tough for me to play these characters that either had a Chinese accent or didn’t feel really comfortable in their skin and they’re incredibly shy,” she says. “I really altered the way I physically looked for those auditions to try to fit in with them.”

She didn’t book most of those auditions, and in hindsight she’s not surprised that it didn’t work out.

“I think when you’re acting, people can tell that you’re a bit uncomfortable. Confidence is such a huge thing. Even if you’re playing a shy character, you need to be really confident that you know what that character is and you feel it in your bones. I didn’t and it made sense: I didn’t get any of those roles,” she says. “I had this diminished feeling of taking away my appearance of who I was as a person.”

It wasn’t until she was asked to audition for a role on “The Great Indoors,” a part that yes, was written as an Asian American woman, but with freedom to express that however she saw fit, that she booked the part — and felt good about it.

“That really started gaining my confidence and being comfortable with doing comedy and realizing that my kind of comedy is just a very dry, sarcastic, straight-faced kind of gal,” she says.

Ko joined the cast of “Dave” after the pilot had already been shot and the show had been picked up, and they were looking to add another female character. Burd ended up DMing her over Instagram to tell her she got the part, after struggling to keep a straight face during the improvising of her audition.

“Then he ended up bumping the character up to a series regular,” she says. “So now I’m part of the team.”

The show, which is only growing in popularity as the second season airs, is improv-heavy and gives its actors huge freedom to have input on their characters, which Ko had the chance to do for Emma’s big episode.

“I give Dave a lot of credit because he asked me about my life. He cares about my thoughts and I asked, ‘Can she be from Georgia? Can she be from Atlanta?’ He’s like, ‘Yeah, of course. There’s no reason why you shouldn’t.’ We really infused a lot of that into the episode,” she says. “I think that episode does a really good job in figuring out what it’s like to grow up Asian American and work in the corporate world as a woman, and then ultimately discover that she is more creative and wants to do something else with her life. It really embarks on that story. I’m excited because we just haven’t seen a lot of that for Asian American characters.”

MORE FROM THE EYE:

With Her Emmy Nomination, Mckenna Grace Is Set for Stardom