BY the time Antiques Roadshow is on the box tomorrow, there is every chance Manchester City will have been crowned champions.

So how fitting that their own golden oldie was the man to put them within touching distance of a fifth crown in the past decade. 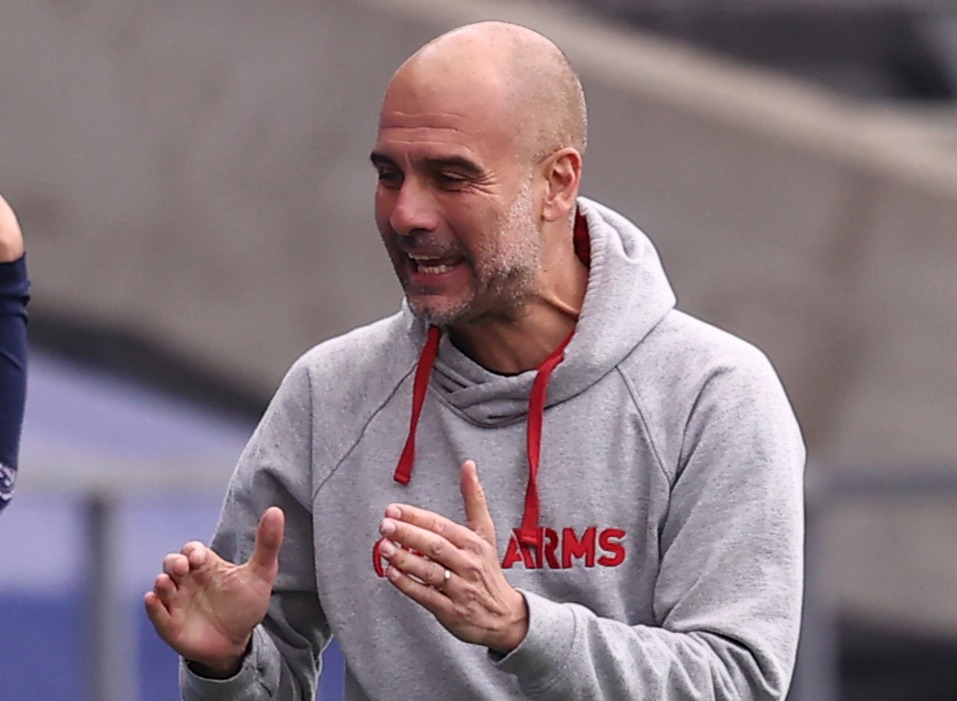 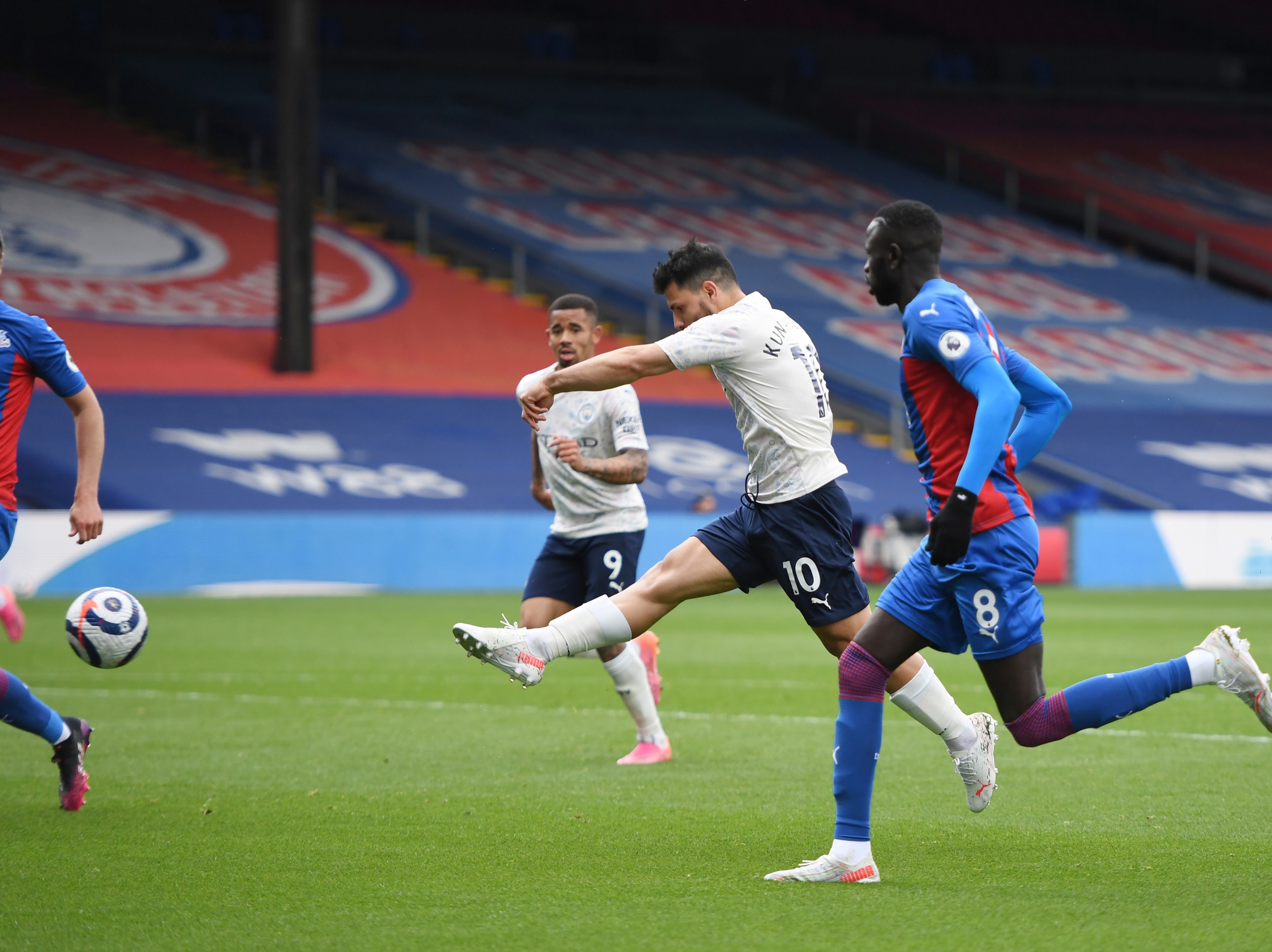 Fair enough, his effort at Selhurst Park on Saturday had none of the oh-my-God drama of THAT last-second strike in 2012. Was it really almost ten years ago by the way?

But the 58th minute thunderbolt which broke Crystal Palace hearts will be hugely memorable in its own way for City fans everywhere.

For there is every chance it may well be the last he ever scores for the club. Unless he gets another opportunity and plays another game in these closing weeks, it will be 258 and out.

And how amazing that yesterday’s was the first time City’s all-time leading goalscorer had ever found the net at Palace, after a decade in England.

What a signing he will be for someone in the summer. He may be 32 but give him a sniff of the target and he is still as sharp as a tack.

Fiona Bruce and her collection of antiques experts will never come across a bargain quite like the one Aguero is going to prove this summer.

In truth, the Argentine will be kicking himself not to have finished with at least a double, as Vicente Guaita turned aside another rocket in the dying seconds.

Well give the Palace keeper some toffee, because he never even sniffed the one Aguero did put past him. 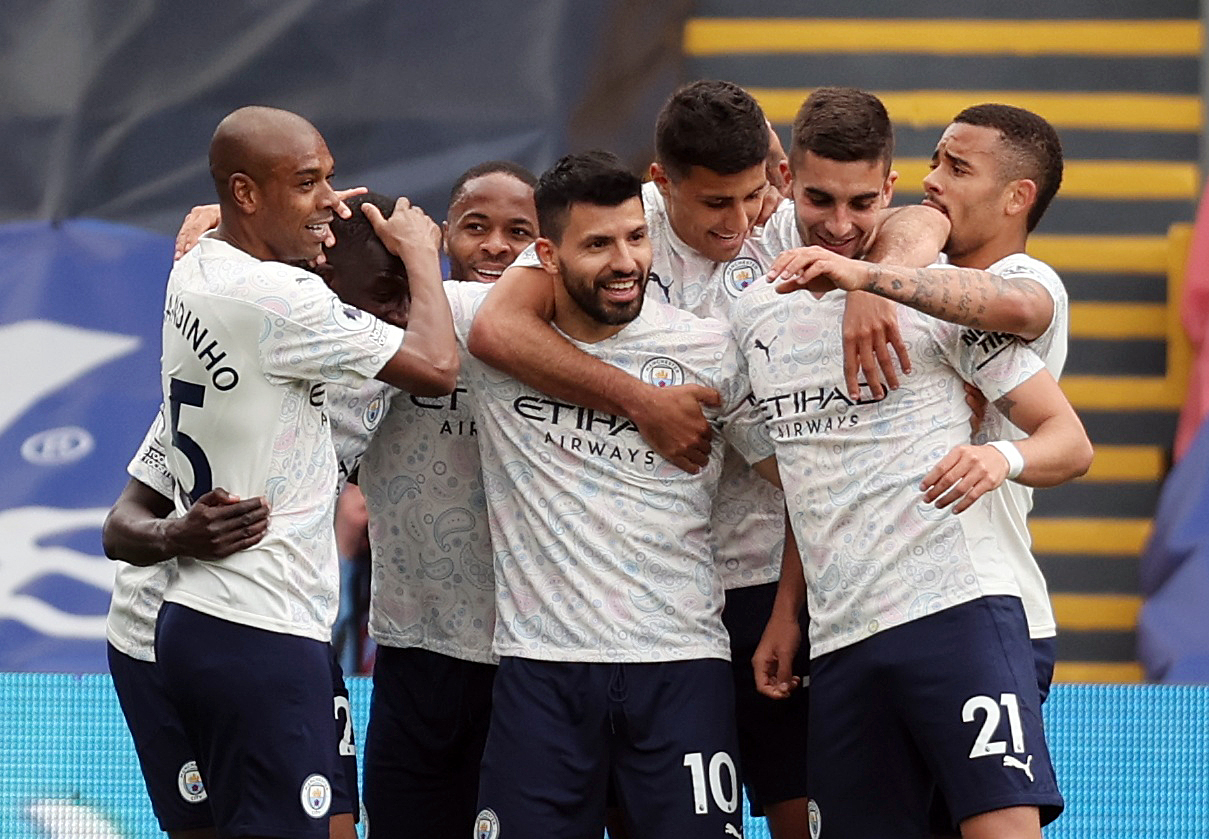 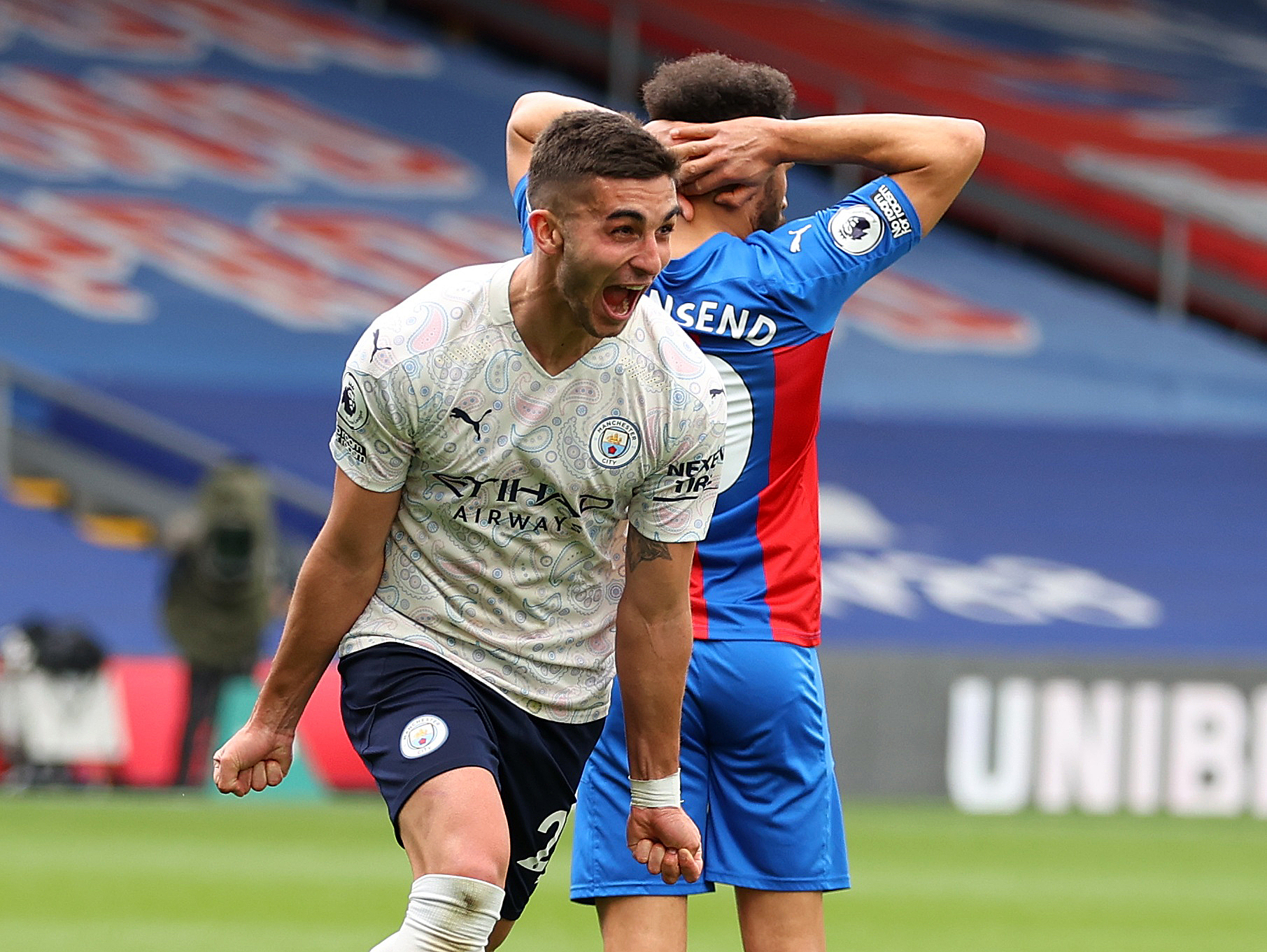 Benjamin Mendy played his part, with a dart down the left and a low delivery which clearly had a target in mind.

Aguero was heading into the box at full pace, but killed it dead with his right foot, and then thumped it into the roof of the net with the same one, without breaking stride.

From that second a question of “can they find a goal” became one of “how many will they end up with?”

And just 84 seconds later they had another – and Aguero played his part in that one as well by buzzing around and causing mayhem in the Palace backline.

That left Ferran Torres with the space to pick his shot through Cheikh Kouyate’s legs and into the far corner, again leaving Guaita without a prayer.

So now all eyes turn to Old Trafford, and for one day only, City fans will turn into Kopites for a couple of hours at least.

Actually that is probably stretching the point, given the ill feeling between the Etihad and Anfield over the last few years.

But they will still find it in their hearts to raise a glass to Jurgen Klopp and his fallen idols if they do pull off a victory at United. 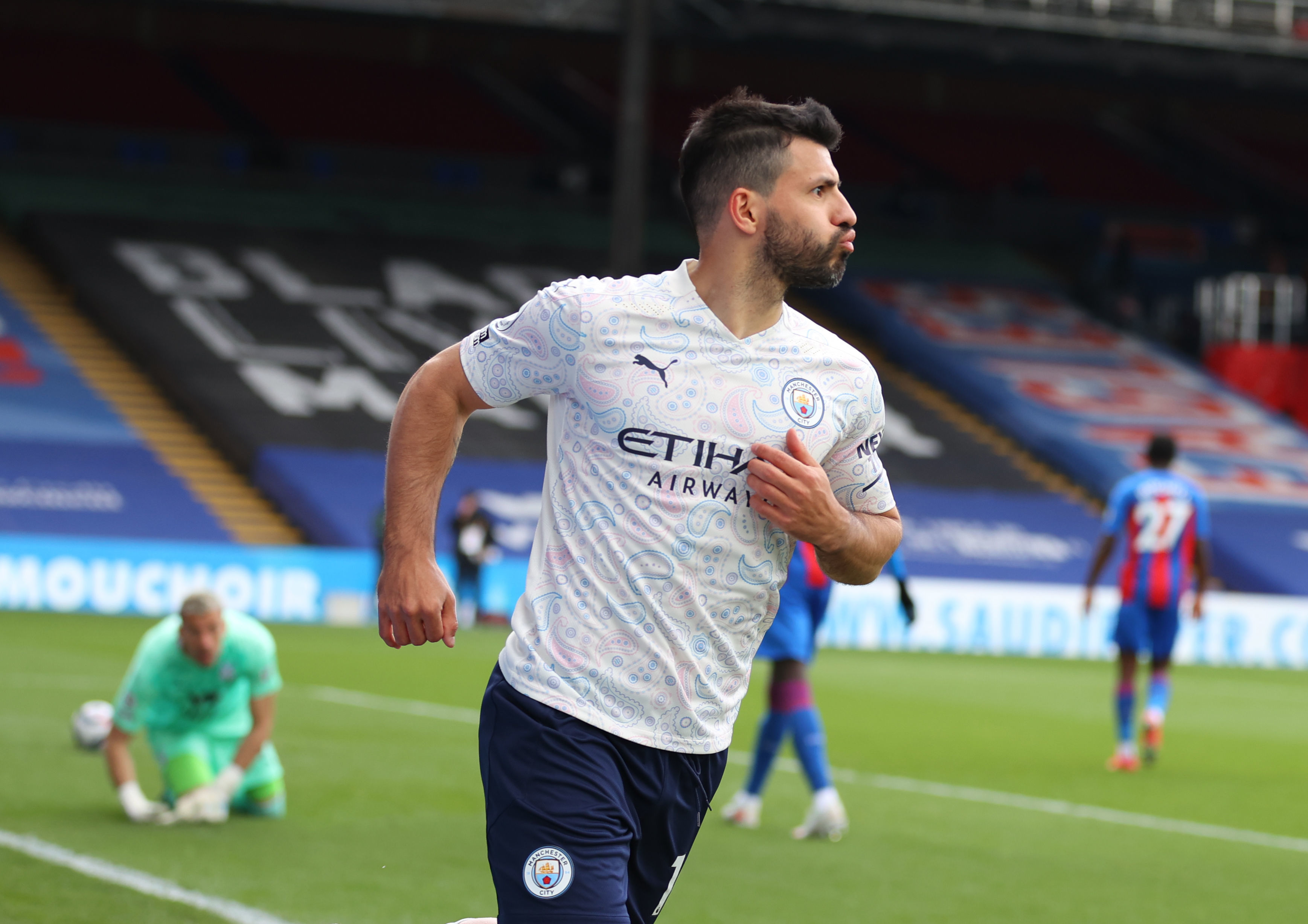 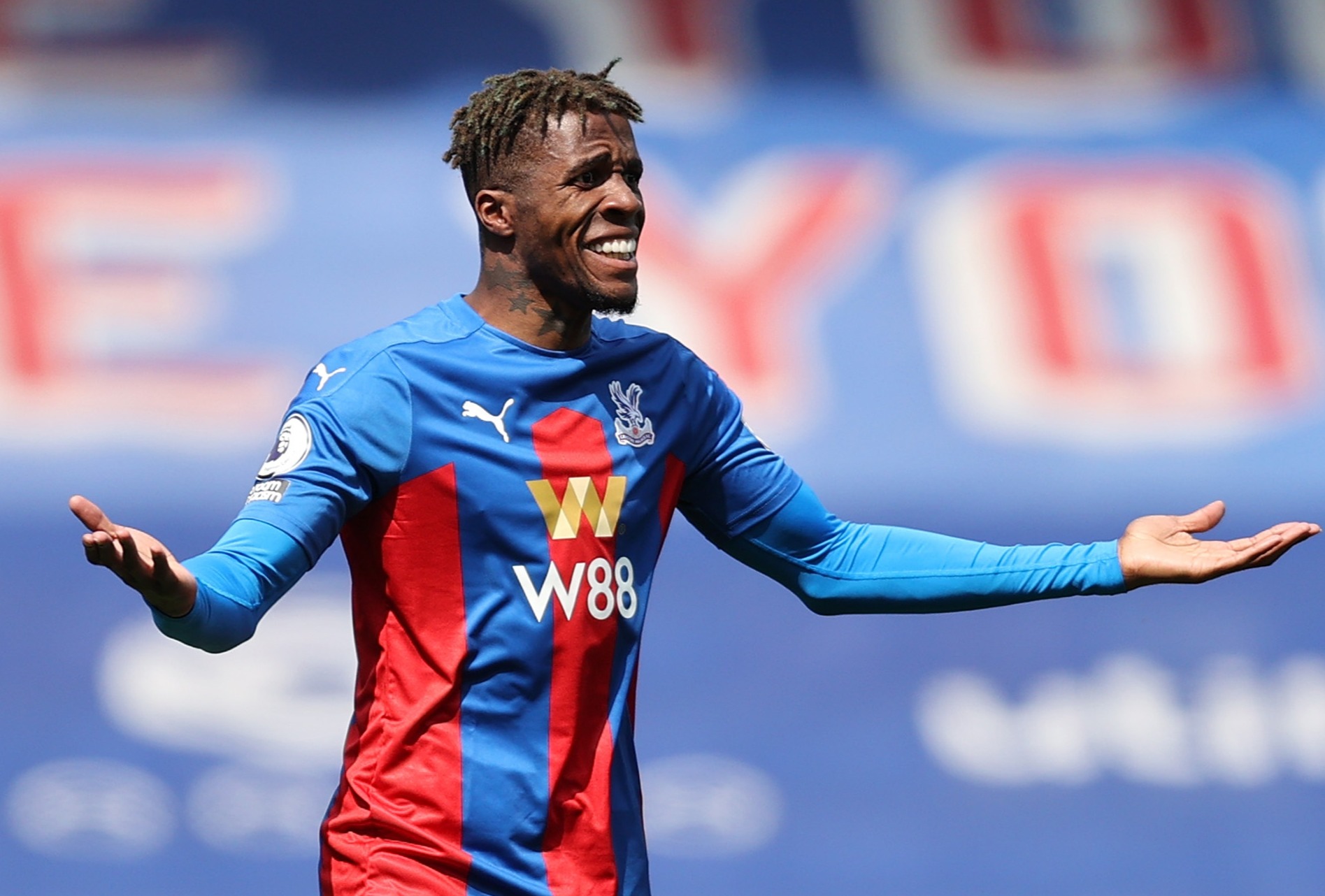 For that would be enough to officially end the title race. Even a draw would make it all but mathematically certain.

Yet whatever happens at Old Trafford, we all know this is done and dusted. In all truth it has been for some time.

City aren’t just the best team in England, they are head and shoulders above anyone in Europe.

When they finish the job in the Champions League semi-final return against Paris Saint-Germain – and at 2-1 up already, surely they will – they’ll be one game from proving it.

All that, though, is for the end of the month. This was all about domestic duties, and ticking off another one.

Mind you, for all they never looked like losing against a Palace side which has bloodied their nose more than once in the past, they certainly made heavy weather of it for nearly an hour.

Indeed, before Aguero pounced, Ederson was the only keeper who had made a save of note, turning a near post drive from Christian Benteke behind.

And when City did put the ball in the net, thanks to Gabriel Jesus, the Brazilian had strayed half a yard offside and it counted for nothing.

Guardiola cut an increasingly frustrated figure on the touchline. Yet after those two quickfire second half strikes, he was hugging and hopping with his backroom team.

It was game over. It was, in everything but name, title race over.

Yet still time for Raheem Sterling to clip one against the post, when a goal would have given him a much-needed injection of confidence.

And only Benteke will know how he somehow blocked Aymeric Laporte’s point blank drive. It was the only thing the Palace striker had to celebrate all day.

For Pep and City, though, the next few weeks could be party central, ending – they hope – with a Kings of Europe shindig on May 29.

For now, they will be quite happy to make do with a Premier League bash. They have certainly deserved it.