GEORGINA RODRIGUEZ was spotted around Cheshire on Thursday wearing a long coat that covered up her baby bump.

The model, 27, and partner Cristiano Ronaldo announced the pregnancy at the end of last month. 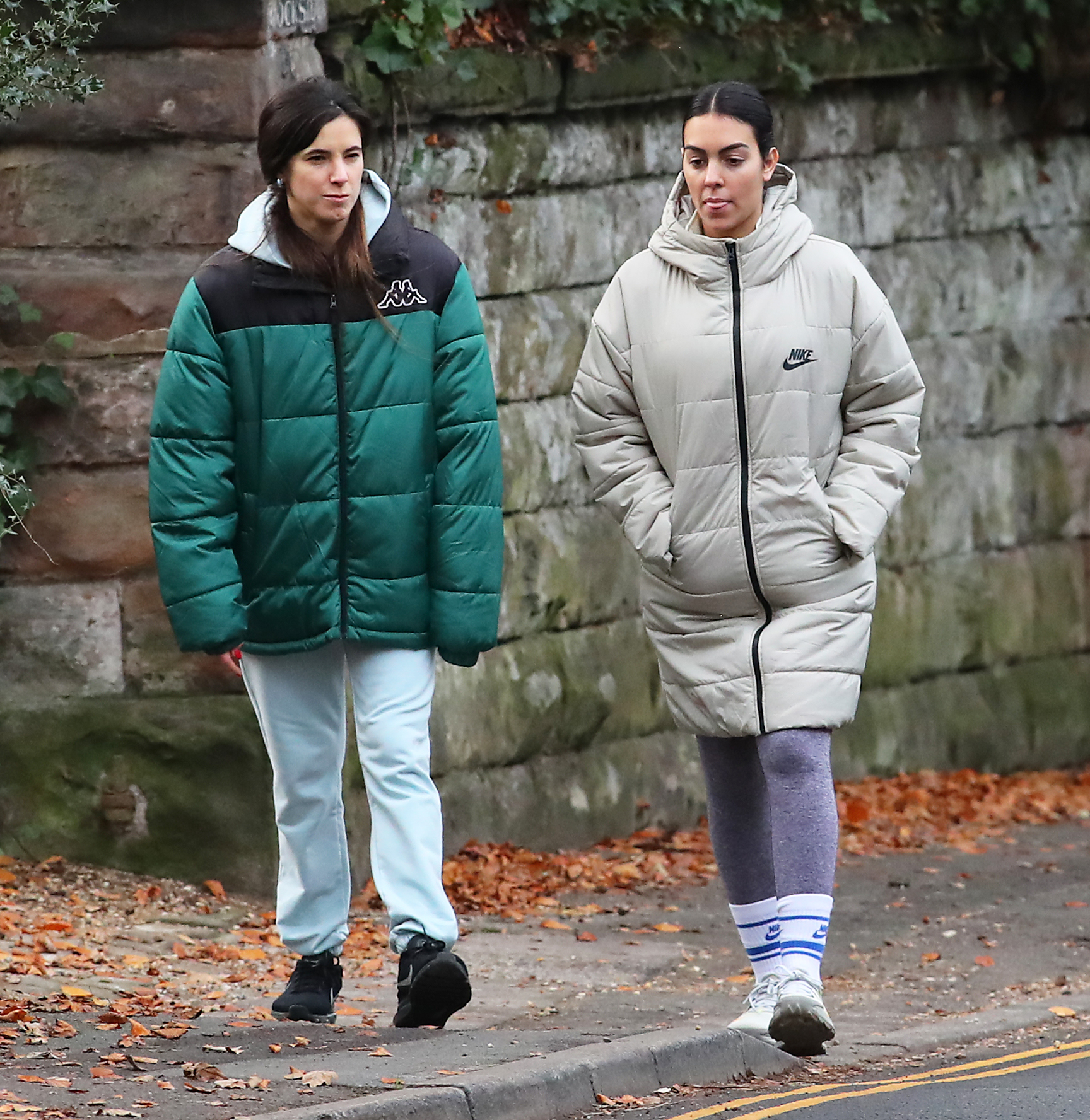 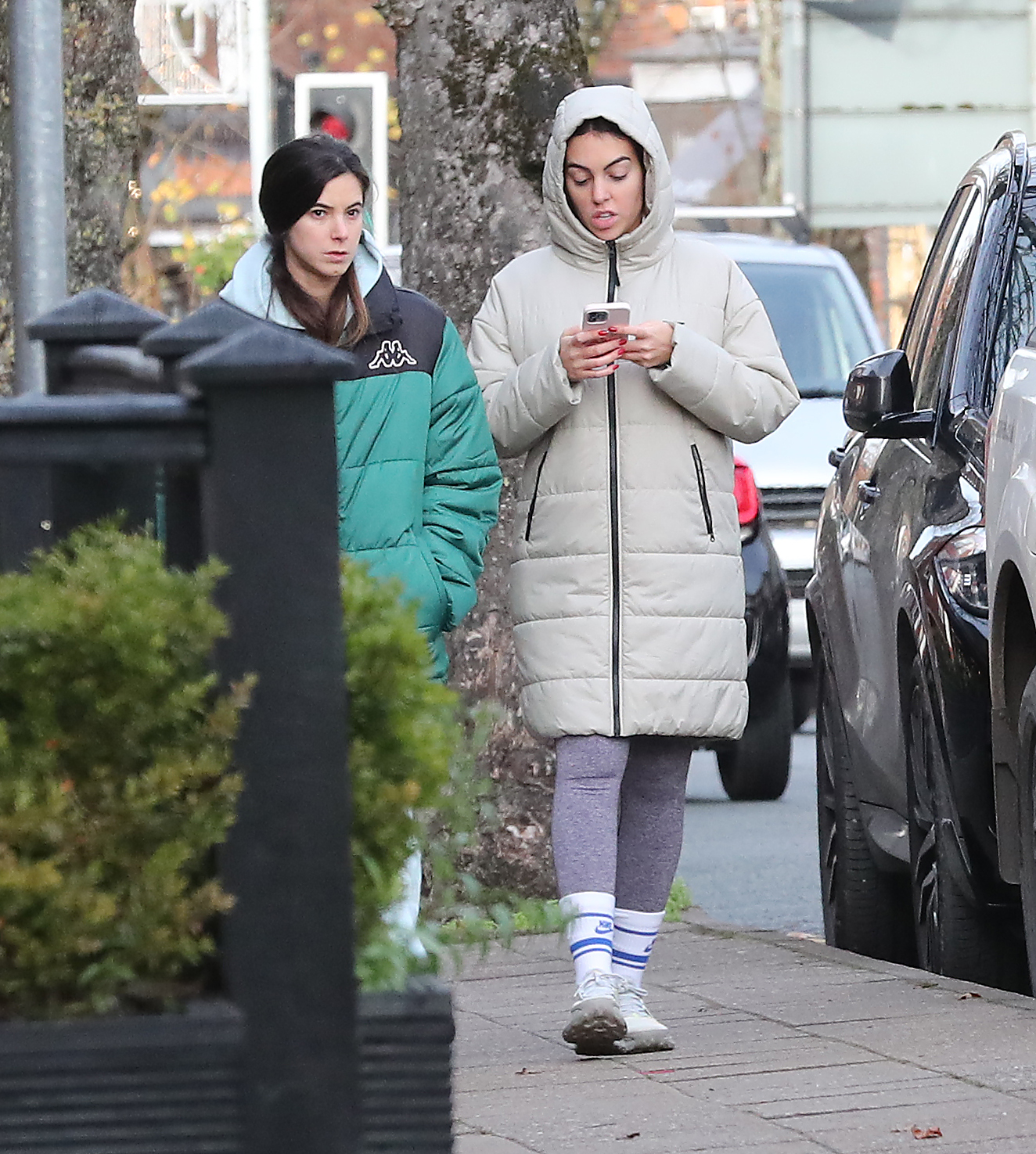 The couple are expecting twins but there was no sign of a bump with Rodriguez now four months into her term.

That is because she was wrapped up warm to fight the Cheshire cold, wearing leggings with thick socks and trainers.

Her friend was also dressed in a padded jacket as they walked the leafy streets.

Earlier this week Rodriguez posed in a different but equally big winter coat which also covered up her stomach.

Ronaldo, 36, already has four children, all of whom were present at Rodriguez's recent ultrasound scan.

The Spaniard posted a snap of the appointment on her Instagram page with the children watching on in excitement.

Ronaldo revealed in 2017 he hopes to have seven children.

His eldest is Cristiano jr., 11, while he already has a set of twins in Eva and Mateo, four.

Ronaldo and Rodriguez also have a three-year-old child together, Alana Martina. 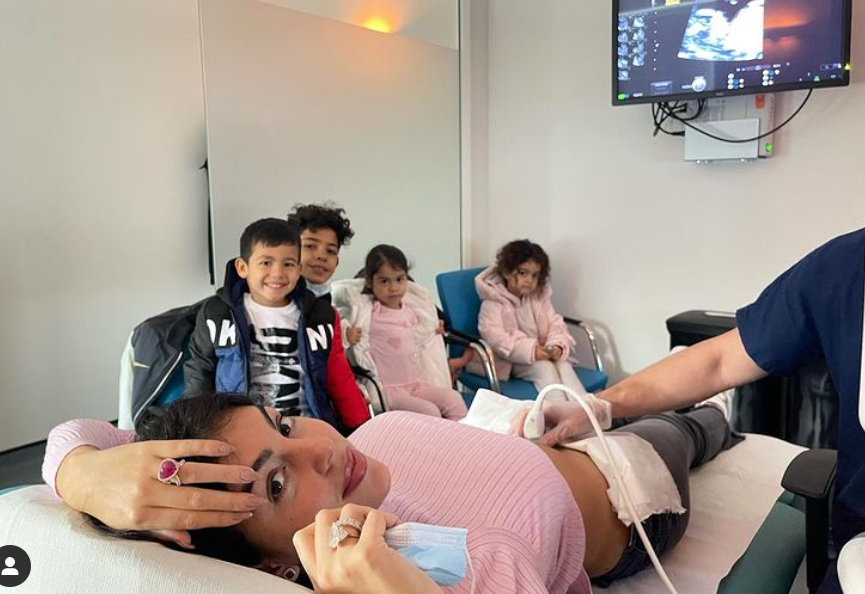