All emergency federal laws made to the fight the coronavirus outbreak will be scrutinised to ensure they do not needlessly infringe on personal rights and liberties amid growing calls for the Morrison government to be more transparent in its decision making.

Eight legal and civil society groups on Thursday called on the Senate to establish a new select committee with broad powers to review and report on the government's response to the pandemic. 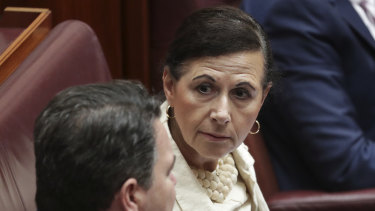 The federal government was handed extraordinary powers to make executive decisions and directions, circumventing parliament, following the Governor-General’s declaration of an emergency under the Biosecurity Act in March.

The Senate standing committee for the scrutiny of delegated legislation on Wednesday agreed to meet and report regularly in the coming months to scrutinise all new laws made by the executive while Federal Parliament is not sitting.

"By continuing to scrutinise legislative instruments which would ordinarily be subject to parliamentary oversight, the committee will play its part in ensuring that the government remains accountable to the Parliament during this time," she said.

She wrote to all Coalition ministers on Thursday to remind them their decisions made without legislation should be time limited and trespass on personal rights and liberties only to the extent necessary to protect public health.

The Sydney Morning Herald and The Age revealed on Thursday a group of former judges was urging Parliament to set up a bipartisan committee to scrutinise the government's epidemic responses as it faces one of the longest shutdowns on record. Several crossbench MPs, including Greens leader Adam Bandt, are supporting the call as they believe the current Senate committee does not have broad enough powers.

The government has used the powers to declare bans on international travel and the entry of cruise ships, and address the hoarding of and profiteering on essential goods such as personal protective gear, disinfectants and other medical products.

The emergency declaration gives the health minister the personal power to issue any direction to any person considered necessary to prevent or control the "emergence, establishment, or spread" of COVID-19 in Australia.

The Senate committee has the power under standing orders to scrutinise delegated legislation subject to parliamentary oversight, including whether a measure "unduly trespasses" on personal rights and liberties.

"The committee's role in promoting government accountability and transparency is all the more important at a time when there will be prolonged periods without parliamentary sittings."

Finance Minister Mathias Cormann said on Thursday he would issue updates every Friday when he used a $40 billion discretionary fund for any extra spending required to deal with the outbreak.

Labor asked the Australian National Audit Office to develop a program to vet the spending programs being rolled out by the government to deal with the pandemic.

"There are longstanding and established transparency and parliamentary reporting requirements in place in relation to the use of the Advance to the Finance Minister," Senator Cormann said.

"Given its size, I made clear that I would issue regular statements providing updates on each use on every Friday where one or more determinations have been made in that week to allocate funding from an Advance to the Finance Minister."