THOMAS TUCHEL gave the Weymouth side words of wisdom after his Chelsea team thrashed the National League outfit 13-0 on Sunday.

The German gaffer was pictured giving the Terras players a team-talk after the Blues romped to a friendly victory at their Cobham training facility.

Despite Chelsea beating Crystal Palace 3-0 in their Premier League opener on Saturday, a number of high-profile players were involved in the clash against Brian Stock's men.

And the gulf in class between the two teams was evident, as the West Londoners, who finished 106 places above Weymouth last season, eased to a 13-0 win.

Chelsea went into half-time 8-0 up, before banging in another five goals in the second half after Weymouth held on for 13 minutes following the break.

Belgian striker Michy Batshuayi banged in five goals during the rout, while Ross Batkley grabbed himself a hat-trick.

Meanwhile Callum Hudson Odoi, Thiago Silva and Reece James all found themselves on the score sheet.

Stock has found many positives from Weymouth's final pre-season fixture before their league opener against Boreham Wood on Sunday, while also praising Chelsea and Tuchel. 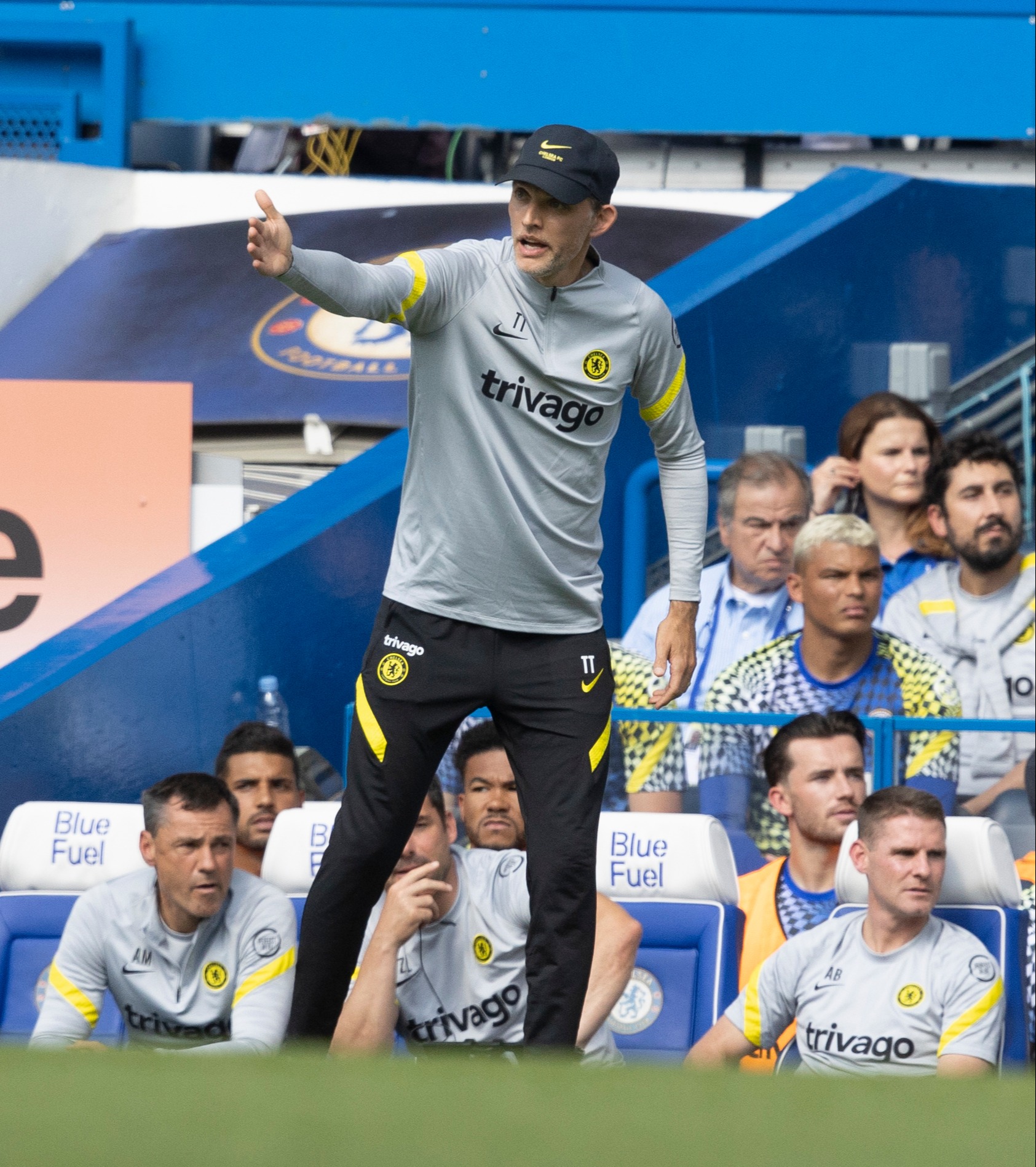 BETTING SPECIAL – GET £50 IN FREE BETS WITH SKY BET

He told the Dorset Echo: "The scoreline, no-one wants to lose 13-0 but when you look at the movement, the power, the pace – you can see the top level and big gulf.

"The lads kept on going right to the end. Thomas Tuchel came over and said some very nice words to us.

"Apart from the scoreline, everything else was positive."

Before adding: "Quite a lot of those players will not have to work as hard without the ball.

"Some of the movement, the pace, the power, the precision of their passing, their spacing, their composure was on a different level.

"You can see why they are where they are. They're champions of Europe.

"It's important we don't beat ourselves up with the scoreline. Some of the quality and finishing was out of this world."