Home births are nothing new; they were, after all, the only way you could give birth for a hell of a long time. But they’ve been rising in popularity once again since the 1990s or so: There were 35,578 U.S. births outside hospitals in 1997, and that number increased to well above 60K by 2017. And guess who was among the ringleaders restarting the trend? Well, Ricki Lake, for one, what with her inspiring documentary The Business of Being Born and the docu-series that followed, More Business of Being Born. Another celeb trailblazer of the home-birth movement was none other than supermodel Cindy Crawford.

Crawford was featured on Lake’s docu-series back in 2011, and is now opening up anew about the experience of birthing her kids Presley Gerber and Kaia Gerber (now 20 and 18, respectively) via Instagram live. Her goal is to provide a service to the many pregnant people who are considering home birth for the first time due to recent quarantines/shelter-in-place requirements.

“This a challenging time for all of us but my heart especially goes out to expecting mothers and their partners,” Crawford posted on Instagram on March 29. “As the Covid-19 cases rise and birth policies at hospitals are changing every day, many women are curious about #homebirth. I’m going live with @ccmeyer tomorrow at 12pm PST to talk about my experience giving birth at home. Questions welcome.”

This is a challenging time for all of us but my heart especially goes out to expecting mothers and their partners. As the Covid-19 cases rise and birth policies at hospitals are changing every day, many women are curious about #homebirth. I’m going live with @ccmeyer tomorrow at 12pm PST to talk about my experience giving birth at home ❤️ Questions welcome.

SheKnows: When did you begin to explore the notion of a home birth?

Crawford: Look, when I got pregnant, I was like, “Sign me up for the epidural.” But then I started going to a prenatal yoga class that a friend of mine suggested. I started that when I was probably 24 weeks. That was the first place where I even heard inklings that there were other ways to do it.

SheKnows: And after those inklings, what helped you make the decision?

Crawford: Well, first it was the yoga teacher — her name is Gurmukh. She started to make you realize that most of all, you’re not sick when you’re pregnant, and that you’re not at your weakest. If anything, by doing prenatal yoga, it helps empower you. You’re strong.

She also talked about how our bodies are meant for birth. We all got here somehow! So I started thinking about natural childbirth. And my mom was a 16-year-old mother. She also had natural childbirth and didn’t have any drugs. She had all four of her kids naturally. So I went to Roosevelt hospital because I knew that they had a birthing center. It seemed cool, but I felt like I still wasn’t at home.

SheKnows: What next steps did you take to ensure that everything was in place and you were comfortable with your decision? What would you recommend to other moms?

New York and Los Angeles are easy, but if you’re not in those areas I would start on the internet. I would go to any kind of prenatal group. Even in my yoga class we talked about pediatricians, OBs and vaccinations. Being around other pregnant women who will actually listen to you talk obsessively about it.

Pres called it 18 years ago. We're back in NY on Christmas ❤️

SheKnows: Did the birth go as you expected and as planned?

Crawford: I went into labor… I think I woke up at 1 a.m. or something, not really sure what was going on. But then by, I don’t know, 4 a.m., I kind of figured it out, but my midwife had said, “Don’t call me unless you’re this far along!” I finally called her and she was like, “Let me listen to you on the phone.” She was like, “Oh no, you still have plenty of time. Try to get some sleep.” I’m like, “Are you out of your mind?”

When she finally came, the hard part for me was that I wasn’t good at pushing. So I was pushing for three hours. So, it was hard. It hurt. But the cool thing was… so many people, when you have your baby, they’re like, “Who delivered your baby?” You’re like, “Oh Dr. So and So.” But I delivered my baby. It was so empowering for me. I could take that and frame that into being a new mom when you’re sort of insecure. I felt like I just ran a marathon.

SheKnows: What a triumphant moment for a new mom!

Crawford: It was. That’s one thing that Ricki’s movie illustrates: that while most people say, “Well, you got a healthy baby out of it,” it is equally important that the mom feel empowered and healthy as well. Then she can blossom as a mother.

SheKnows: What else did you love about your home birth?

Crawford: That you are in your own environment. You’re not hearing another person down the hall screaming or ambulances or people rushing about around you. You chose who to have with you. Within an hour, there was no one in my house. I was there with my baby and my husband. I sat and had dinner with my husband, on a doughnut.

@presleygerber and @kaiagerber… I love you both so so much. I’m so proud to be your mom and humbled by the lessons you continue to teach me.

SheKnows: Was your husband always on board with the home birth plan?

Crawford: At first, he thought it was crazy! So I said, “Look, you come with me to talk to the midwife and you ask her all of your questions.” And he came and fired away. Also, I think it made him feel comfortable that we were within 10 or 15 minutes of a hospital.

And you know what else was cool? There was no other man around. There was no doctor or orderly. I think my husband, probably like a lot of husbands standing at the hospital, they’re kind of spectators. They don’t know what to do. There’s no job for them really. But here, my husband had to step up. He was the man. As much as he thought it was weird that I wanted to have a home birth, shortly afterwards we went to visit a friend who had a baby in the hospital and he was like, “I’m so glad that we did it at home.”

SheKnows: Any final words of advice for moms who are considering a home birth?

Crawford: Just be informed because it’s different for everybody. For me, I always feel better and more empowered when I’ve done the homework and then make a decision. To me, it’s all about the mom and the couple feeling like they have choices and being empowered by their choice.

A version of this story was originally published in November 2011.

Here are the stories of more celebrities who chose to have a home birth. 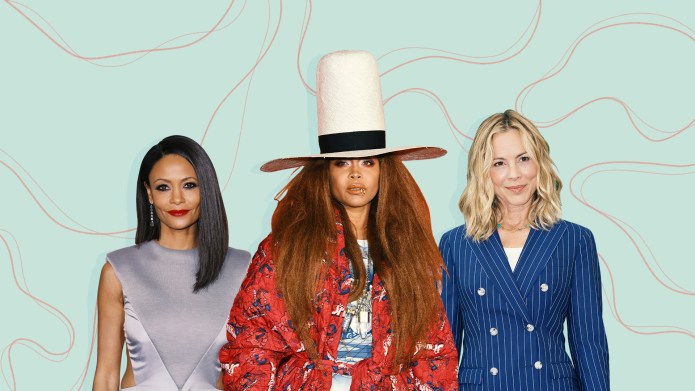