CHELSEA were luckly their opening goal against Luton in the FA Cup was allowed to stand as there were TWO balls on the pitch. 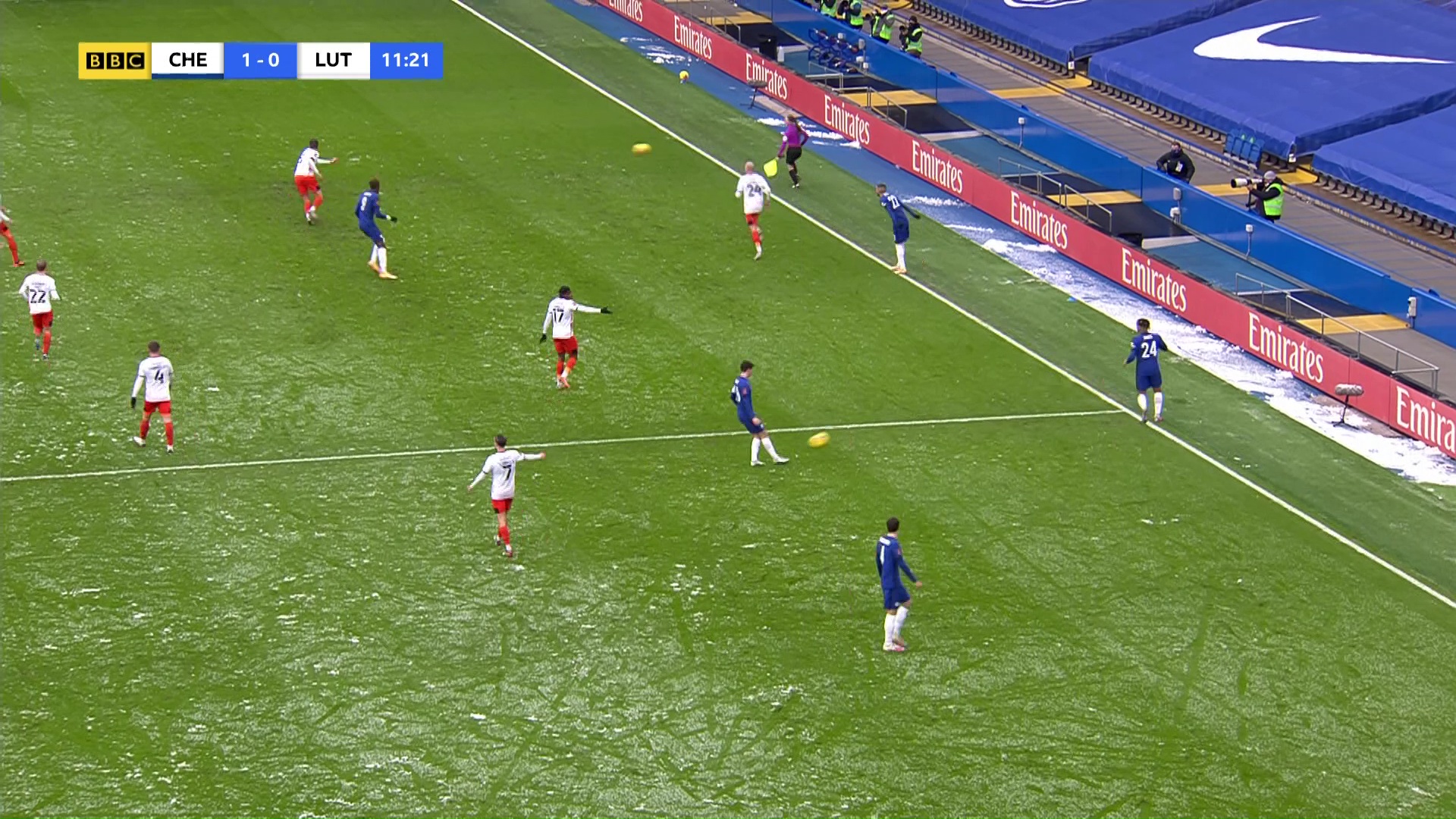 But by the laws of the game the goal should have been chalked off.

In the build-up there were two yellow balls on the field.

And that left many football fans fuming on social media that the underdogs had been given a raw deal.

And a rival Manchester United fan joked that Chelsea needed 'two balls on the pitch to score'.

Michael Ellis posted that it was 'interesting' as to why the gosal was allowed to stand.

Newcastle fan Colin Simpson even suggested there was ANOTHER reason as to why the strike should have been chalked off.

He wrote: "Chelsea scored form a foul throw and two balls on the pitch!

"The thrower only had one foot on the floor when he took it quickly!"

Even BBC commentator for the game Karen Carney quipped: "Chelsea only scored because there were two balls on the pitch".

At half-time the BBC panel of Jimmy Floyd Hasselbaink and Danny Murphy were in agreement that Luton were 'unlucky' and that if the referee had seen it, it wouldn't have counted.

Things got even better for Chelsea and Abraham when he scored their second within five minutes of the opener.

But Luton gave themselves a chance in the game when Jordan Clark benefitted from a Kepa clanger as the Championship side were 2-1 down at half-time.