Here are your FOX Business Flash top headlines for April 15.

"Fantastic Beasts: The Secrets of Dumbledore" got off to a less than magical start in its first weekend in U.S. and Canadian theaters. The third installment in the Harry Potter spinoff opened to $43 million in North America, according to studio estimates Sunday.

It was enough to secure the film the top spot on the box office charts, but it’s also a low for the franchise. The first film had a $74.4 million debut in 2016 and the second, "The Crimes of Grindelwald," opened to $62.2 million in 2018. "The Secrets of Dumbledore," which Warner Bros. released in 4,208 locations in North America, also carries a $200 million production price tag.

It’s more common than not for sequels and threequels to come in lower than their predecessors, but "Dumbledore" also follows several franchise titles that defied that logic, including "Spider-Man: No Way Home," "Venom 2" and "Sonic the Hedgehog 2."

‘SPIDER-MAN: NO WAY HOME’ RETURNS TO NO. 1 AT THE BOX OFFICE AS ‘SCREAM 5’ FALLS 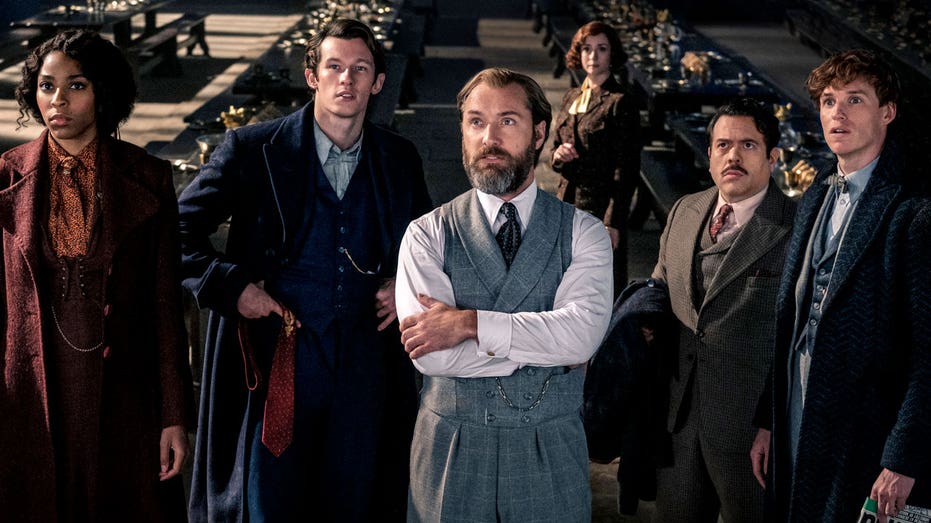 Critics were largely not on board with "Dumbledore." With a 49% rating on Rotten Tomatoes, most came in on the negative side. AP film writer Jake Coyle wrote in his review that "the purpose of these movies has never felt like much beyond keeping the Potter train running" and that this iteration is "a bit of a bore." Audiences, which were 56% female, were a little kinder, giving it four stars on PostTrak and an overall B+ CinemaScore.

The eight Harry Potter films were responsible for over $7.7 billion in box office, while the first two "Fantastic Beasts" films made $1.5 billion total.

This installment stars Eddie Redmayne, Jude Law, Ezra Miller and Mads Mikkelsen, who replaced Johnny Depp as Grindelwald. In November 2020, following Depp’s failed libel case against The Sun tabloid newspaper for an article that labeled him a "wife beater," the actor said Warner Bros. asked him to step down and he agreed.

As with previous "Fantastic Beasts" films, however, "Dumbledore" has more hope internationally. Its grosses are $193 million worldwide. Both of the previous films made over 70% of their global totals from international showings. 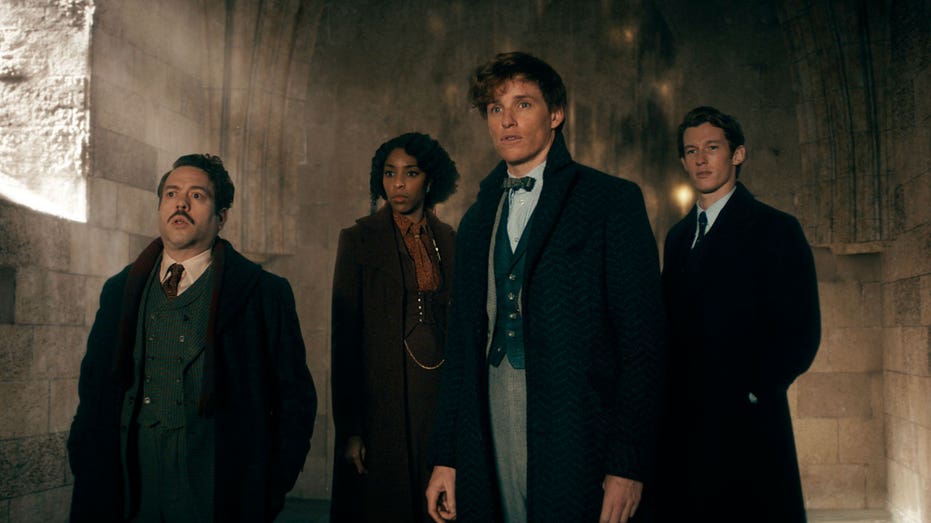 "Recapturing the original ‘Harry Potter’ magic that began some 20 years ago in cinemas is a tall order," said Paul Dergarabedian, the senior media analyst for Comscore. "The ‘Fantastic Beasts’ franchise, while seeing diminishing returns with each successive installment, still has enough of a devoted fanbase to conjure up respectable numbers, particularly with international audiences, which have always provided the lion’s share of the box office for these films."

Dergarabedian added that the true test for "Dumbledore" will be the second weekend.

Also, as Jeff Goldstein, Warner Bros. head of domestic distribution, pointed out, the films are just one part of the Wizarding World.

"It’s part of a bigger strategy for the Wizarding World, a bigger business that includes theme parks and stores and merchandising. It’s all about the totality of these pieces and not any one on their own," Goldstein said. "There’s still a lot of public interest and a lot of fan interest."

Plus, Warner Bros. is celebrating a big milestone for another film: "The Batman" crossed $750 million globally this weekend.

"It's an enormous achievement," Goldstein said.

In its second weekend, "Sonic the Hedgehog 2" fell 58% and earned an estimated $30 million to take second place, according to Paramount. The film has grossed $119.6 million to date. Third place also went to Paramount with the action-adventure "The Lost City," starring Sandra Bullock and Channing Tatum.

Sony also released "Father Stu" in 2,705 locations on Wednesday. Starring Mark Wahlberg, who helped finance the film, "Father Stu" is based on a true story and is a rare mainstream Hollywood movie with religious themes. It earned an estimated $8 million in its first five days in theaters and $5.7 million over the weekend.

"Father Stu" came in fifth place behind "Everything Everywhere All At Once," A24's stealth hit that just keeps getting bigger. This weekend the buzzy interdimensional film starring Michelle Yeoh played on 2,220 screens – its widest release yet – and earned an additional $6.2 million. Its overall gross is sitting at $17.7 million. 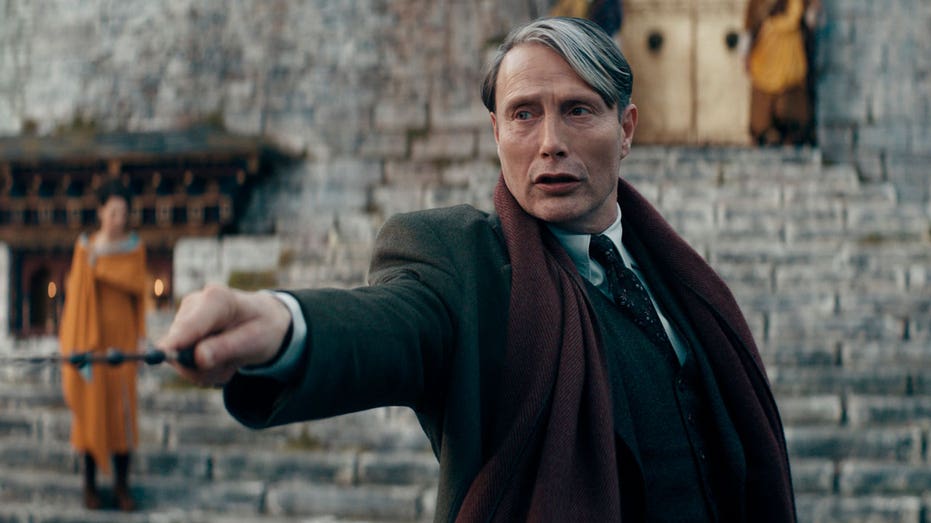 Estimated ticket sales for Friday through Sunday at U.S. and Canadian theaters, according to Comscore. Final domestic figures will be released Monday.