Prince Harry has released the video for charity single ‘Unbroken’ he recorded with US rocker Bon Jovi and the Invictus Games Choir to raise awareness of Post-Traumatic Stress Disorder.

The special version of the Bon Jovi track, re-recorded last month at Abbey Road Studios, is available to buy and stream now.

All proceeds will go to the Invictus Games Foundation, of which The Duke of Sussex is Patron, in support of the recovery and rehabilitation of international wounded, injured or sick military personnel.

The Choir and Jon recorded the single together in just two days, and in the video, Jon and the 12 choir members are seen rehearsing and singing together as a glorious group.

In the video for charity single ‘Unbroken,’ Jon Bon Jovi and the 12 choir members are seen rehearsing and singing together as a glorious group (pictured) 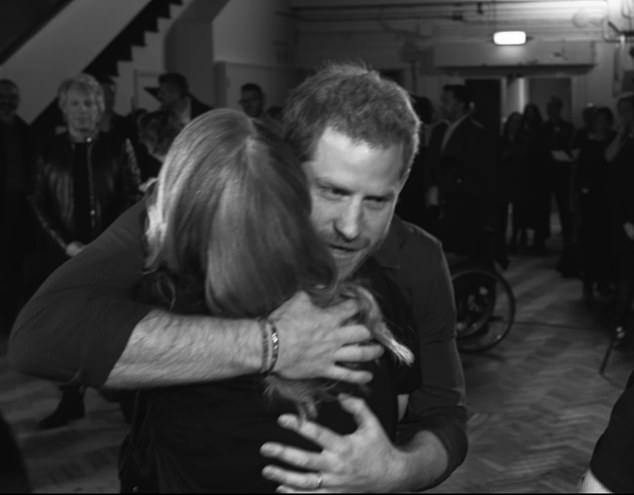 The start of the music video captures a conversation between The Duke of Sussex and Jon during The Duke’s visit to meet the Choir at Abbey Road Studios last month.

The Duke of Sussex says, ‘With military people, there’s a way of being able to talk about the scars of war in a positive way.

‘Some suffer from Post-Traumatic Stress, some of them suffer from depression, anxiety, but they are stronger for it. Those are the kind of ambassadors and role models that we need.’

Jon adds, ‘Well, I thank you for what you’ve done to bring a light to that. It’s what you’re doing, really. I just got inspired to write a song from it… It’s touching, their desire to serve and what they gave, and what they get out of singing.’ 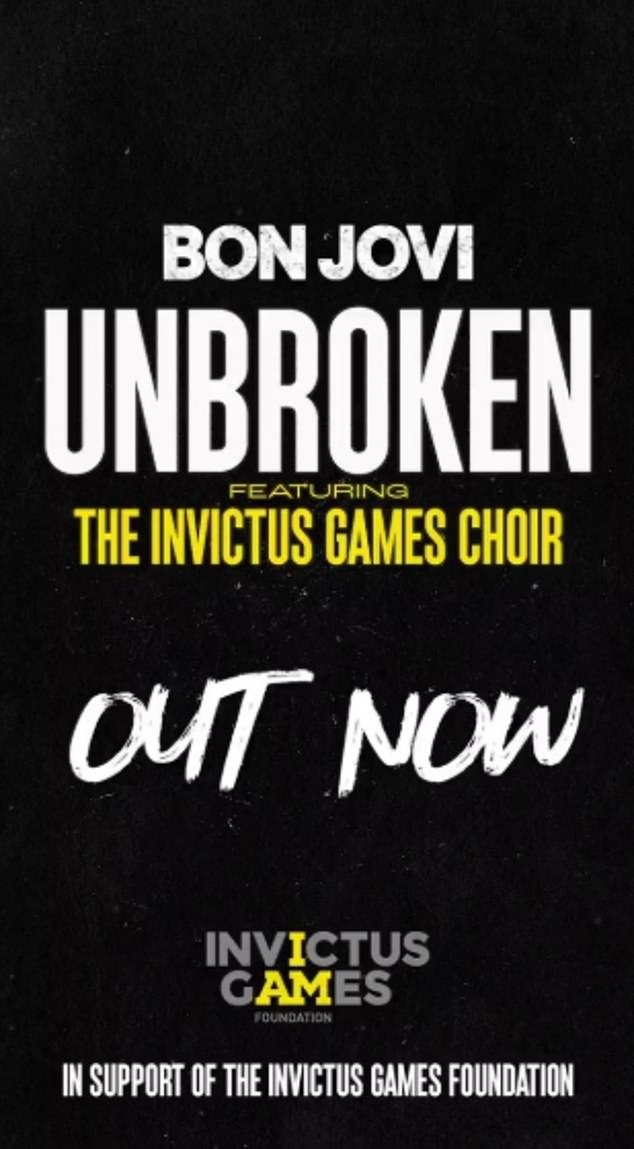 The extraordinary project began last summer when Jon Bon Jovi first approached The Duke of Sussex with the idea to re-record the track alongside the choir, with all proceeds benefitting real lives via the Invictus Games Foundation.

Both of Jon Bon Jovi’s parents were in the US Marine Corps, and so he felt close enough to be the storyteller for those who have served.

The story has now been brought to life through song with the help of the Invictus Games Choir.

‘Unbroken’ was originally created last year as a compelling anthem to shine a spotlight on the thousands of veterans living with Post Traumatic Stress Disorder. The original track will feature on the upcoming album Bon Jovi 2020.

The song was recorded in Studio 2 at Abbey Road Studios, made famous by The Beatles, who recorded the majority of their hit albums there.

The visit brought the world’s focus to the famous recording studios in February as Jon, The Duke of Sussex and two choir members recreated the iconic Beatles’ Abbey Road album cover on the zebra crossing.

Andy, Invictus Games Choir member and founder, commented: ‘Singing has been a thrill and I’m hanging on to it because some of those words are very pertinent to me about the ringing in your ears and… wanting to scream.’

‘After I was blown up, I laid there in the middle of the night thinking ‘This has changed my life… no legs, hand injuries… what am I going to do next?’ And who would have thought I would be singing about being blown up. So, this song was very deep in different places for me.’ 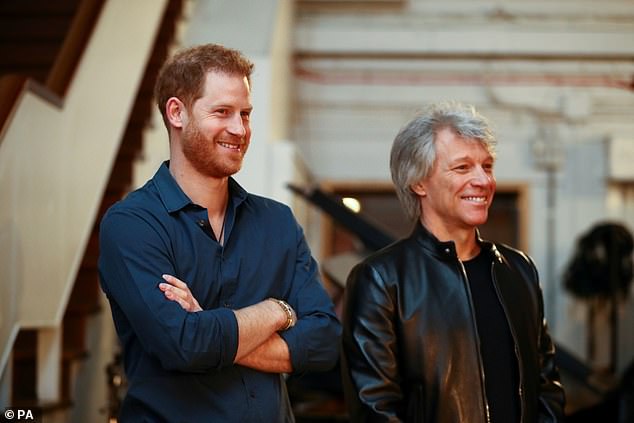 Caroline, another member of the Choir, speaks of how she relates to the song, ‘For me, this song is about the fact that yes I’ve struggled, but I’m not broken. I’m still here and I’m unbroken.’

The Invictus Games Choir, which is managed and delivered by Help for Heroes, is made up of wounded, injured and sick veterans and serving personnel from all branches and different ranks of the UK Armed Forces, who come together and use the power of music to aid their recovery.

It celebrates the power of sport in recovery and how it can help, physically or psychologically, those suffering from injuries or illness.