In 1975, founding member of the Beach Boys Brian Wilson was under the guidance of psychologist Dr. Eugene Landy. While care was stated as necessary at the start of their relationship, things took a turn. For nearly 20 years, Landy “manipulated” and “brainwashed” Wilson, according to Wilson’s family. With news of Britney Spears’ conservatorship in question, it’s worth a look at this very prominent yet overlooked moment in time when Wilson was under a similar legal directive. 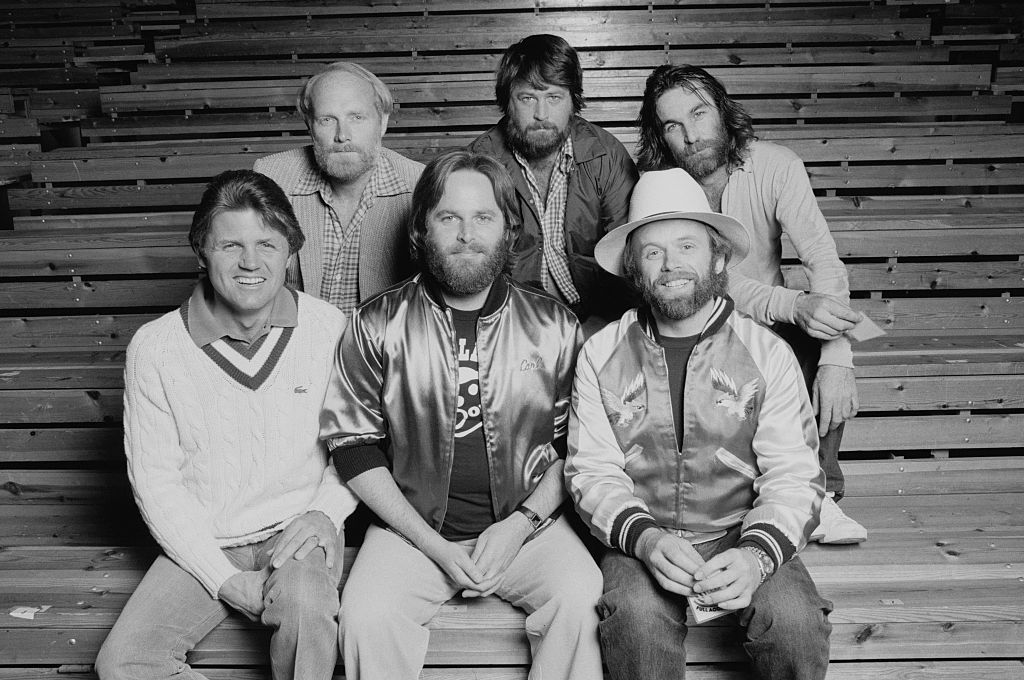 The Beach Boys started out in 1961 with happy-go-lucky California-inspired tunes that led to the accumulation of several No. 1 hits such as “Surfin’” and “Kokomo.” But, things weren’t always as peachy as their songs suggested.

The upbeat tempos and easy-going lyrics didn’t tell the whole story. Brian, Carl, and Dennis’s father Murray — who managed the band early on — was allegedly so abusive, Wilson was quoted as saying, “He scared me so much I actually got scared into making good records.”

According to Wilson, the early abuse led to his deafness in one ear, the firing of his father, and his first mental breakdown.

“I was run down mentally and emotionally because I was running around, jumping on jets from one city to another on one-night stands, also producing, writing, arranging, singing, planning, teaching — to the point where I had no peace of mind and no chance to actually sit down and think or even rest,” he previously told Rolling Stone. “The rubber band had stretched as far as it would go.”

It wasn’t long before the partying caught up. Wilson began hearing voices after taking LSD, then was diagnosed with bipolar schizoaffective disorder. By 1976, he’d become all but non-existent.

“Meals happened without me,” said. “Kids went to school and came back and I might still be in a bathrobe up in the bedroom or downstairs, sitting at the piano, still in the bathrobe.”

This led to his wife Marilyn seeking outside help through psychologist Dr. Eugene Landy who, for the better part of 20 years, controlled the Beach Boy to the point of becoming his sole confidante.

Landy became Brian’s live-in psychologist and business partner. The two shared profits from two of Wilson’s albums as well as his autobiography, Wouldn’t It Be Nice — My Own Story. They formed a company and eventually a bond so tight, nothing could break it without legal intervention. A paranoid schizophrenic diagnosis came swiftly, to which Landy over-medicated in order to mold Wilson as he wanted, family members said.

The doctor was fired when his fees climbed to around $430,000 a year, Brian slipped back down the spiral. Landy was re-hired by the Beach Boys’ new manager to help gain some control. Despite the 24-hour care, Brian and Marilyn divorced and he quickly lost control of his health until Landy intervened.

“The first couple of years, he wasn’t very friendly with me,” Wilson previously told The Post. “He could be very stern — that was pretty rough. Gene taught me how to run and swim. He taught me how to eat rice and chicken instead of steaks. He helped me lose 130 pounds.”

Wilson’s second wife Melinda Ledbetter (whom he met at a car dealership when he handed her a noted that read “lonely, scared, frightened”) remembered the way Landy used medications to get what he wanted from Brian.

“Most of the time, Landy was giving him downers to keep him out of his hair,” she said. “Around 1988, when Brian’s solo album came out, Brian had a lot of things to do. So Landy would give him uppers.”

Ledbetter began noticing Brian’s behavior, which led Landy to prevent Wilson from seeing her. She contacted Wilson’s family so they could all confront the manipulation. That’s when they discovered Wilson’s will, naming Landy as the beneficiary of 70 percent. The details noted that Wilson was worth a lot more to Landy dead than alive. At that alarming point, Wilson’s family stepped in yet again.

A conservator was granted for Wilson

Wilson’s cousin Stan Love filed a request to become Wilson’s conservator. He claimed Landy had taken “extensive control” over Wilson’s life so much that “he is unable to properly provide for his personal needs for food, clothing, housing and physical or mental health,” according to LA Times.

“He’s totally controlled; a puppet. I’ve made 50 to 100 phone calls trying to see Brian. I can’t even have any access to him,” he said. “I think he’s pretty well brainwashed Brian,” Audree Wilson added. “He manipulates him, that’s all I know. He just hasn’t been a free guy.”

In 1989, Landy confessed to one charge of “unlawfully prescribing drugs.” He gave up his license to practice in California for two years but continued working with Wilson on music. The two remained close, despite the family’s suit for a conservator.

A settlement was reached behind closed doors regarding Love, but by 1990, Wilson’s family asked the courts to appoint Jerome Billet as his conservator. However, things didn’t stay settled for long. Wilson sued Billet for over $10 million stating Billet didn’t supervise lawyers who handled the case brought on by Love for rights to[Wilson’s] songs.

The lawsuit, brought on by Ledbetter, claimed Billet overcharged and had knowledge of “$5,000 park bench payoffs by Wilson’s former attorneys and perjury from the witness stand,” Variety reported at the time.

‘Love and Mercy’ details the hell Wilson went through

The 2014 film, Love and Mercy details all Wilson went through.

“I felt exposed,” Wilson said in Rolling Stone, but it gets sadder. “Whatever the film shows, it was much worse in real life.”

“After I first saw the film, I had to just drive around for a couple of hours to clear my head,” Ledbetter told The Post. “Then I remembered that what Landy did to Brian was even worse. You don’t get a sense of it in the movie, but it happened on a daily basis, for years.”

These days, Wilson is back to performing and under his own guidance. Landy moved to Hawaii after agreeing not to contact Wilson. He died from lung cancer in 2006 at the age of 71.