Australian researchers are launching a koala ‘facial recognition’ study that aims to better monitor the marsupials’ behavior and ultimately aid in their conservation.

The team from Griffith University is attempting to use artificial intelligence (AI) to recognize individual furry mammals when they use wildlife road crossings in Queensland state.

Approximately 20 cameras will be placed at koala crossing locations in the Redland City Council area with 20 cameras by the end of July 2021.

These crossing locations are designed as underground pathways and bridges at busy roads near animal habitats to offer them a safer route away from cars.

But koalas often ignore them, and instead walk over the roadway, with many struck and killed by cars.

The data from the AI-powered cameras will be used to plan better routes for koalas, as thousands are mowed down by vehicles each year. 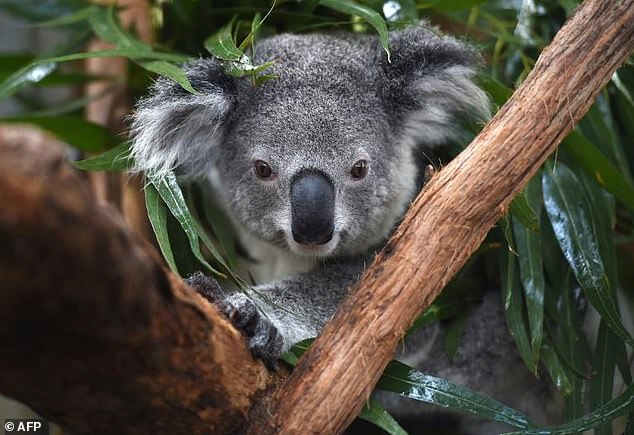 Associate professor Jun Zhou, who is leading the pilot study, hopes that AI will end the need for manual camera checks to determine which species were using the crossings.

‘Now, with artificial intelligence developing very quickly over the past 10 years, the technology is powerful enough to help recognize not only koalas generally, but which individual koalas are using the crossings,’ he said.

Griffith University said the team will work with conservation groups on training AI to distinguish between individual animals based on their appearance and movements.

They hope the data will offer a greater understanding of how koalas use the wildlife crossings and if the crossings could be better located to protect the animals from getting injured by cars. 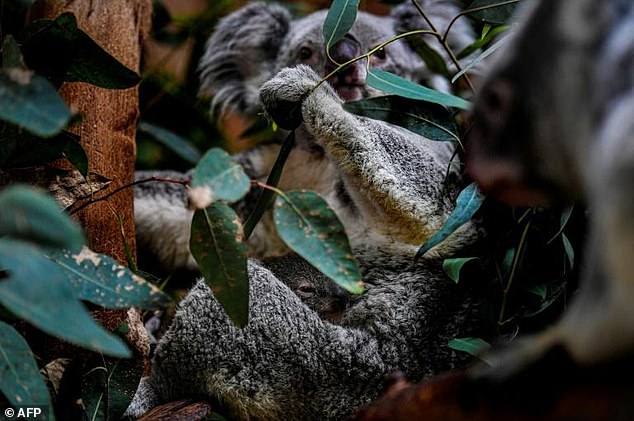 As the AI needs to recognize individual koalas using the crossing at monitoring sites, the research team plans to work closely with conservation groups such as Koala Action Group, Daisy Hill Koala Centre, Moggill Koala Rehabilitation Centre and Currumbin Wildlife Sanctuary to train the technology to distinguish one koala to another based on their appearance and movements.

From 1997 through 2018, an average of 356 koalas entered care facilities due to vehicle collisions each year.

Mitigating koala fatalities and injuries caused by vehicles was one of the most important tasks for koala conservation.

This required a deeper understanding and a better prediction of koala road crossing behavior, which relied on enhanced koala monitoring and tracking technology, according to Associate Professor Zhou.

‘In this study, networks of interconnected devices will be deployed, with each device integrating a camera, a motion sensor, a wireless/mobile network module, and a solar panel, in the vicinity of road crossing structures,’ he said. 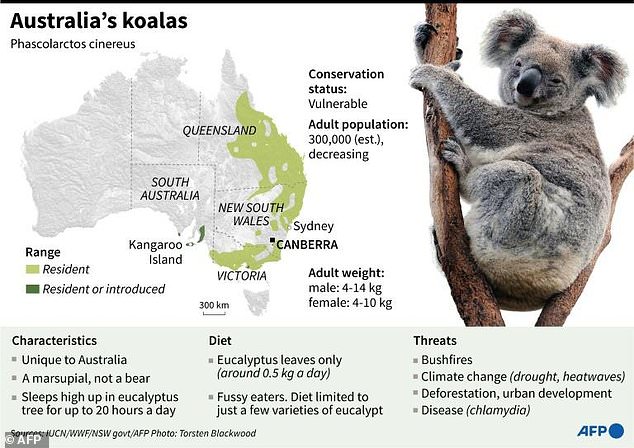 ‘Animal movement will trigger image capture, with images transferred to a server at Griffith University. Computer vision and machine learning systems will be used to process images, allowing for automatic detection and recognition of individual koalas.’

This data would then be analyzed by the team to provide a greater understanding of koalas’ use of crossing structures and help to design and optimize the location of fauna mitigation measures on roads, while working with governments, local councils and transport departments.

The government-funded project is set to get underway at 20 camera sites near Brisbane in July.

Koalas live along Australia’s eastern coast, but are considered vulnerable to extinction and face a raft of threats including habitat loss from logging, development and bushfires which destroyed swathes of forests in 2019-2020.