DEAN SMITH has been sacked by Aston Villa.

The Villans lost their fifth match in a row at Southampton on Friday night and sit 15th in the Premier League table, just two points above the relegation zone. 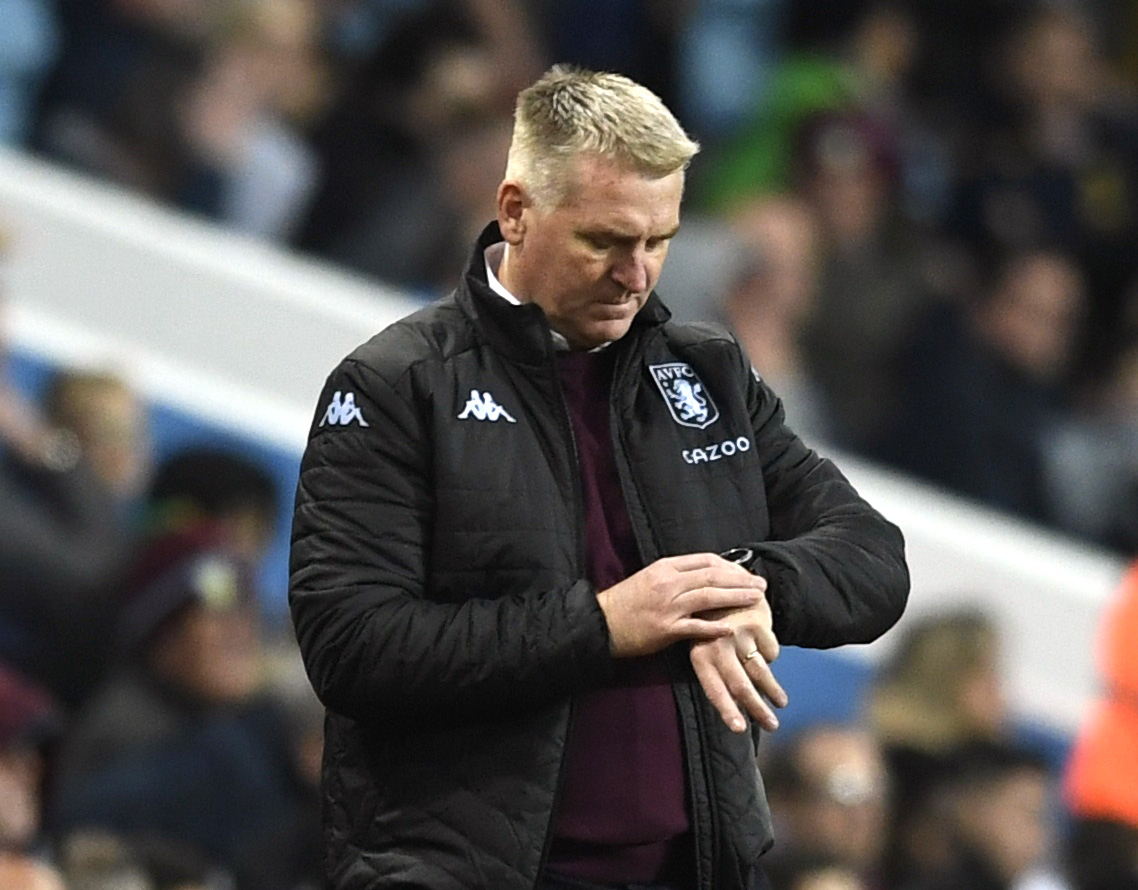 As revealed by SunSport, Denmark’s national coach Kasper Hjulmand is on their ‘watch list’ of replacements.

Lifelong fan Smith took over at Villa Park in October 2018 and earned promotion via the play-offs in his first season.

He then kept the club in the Premier League for two seasons and reached the 2020 Carabao Cup final.

But Smith struggled to get his team finding form this season following the £100million sale of star man Jack Grealish.

The former captain, now at Manchester City, retweeted Villa's five-minute highlights reel of Smith's best bits at Villa Park and wrote: "No1 will ever compare – the real goat," with a series of red and blue hearts.

The timing of the sacking should give Villa's board the chance to bring in a successor during the two weeks off before hosting Brighton on November 20.

The West Midlanders then face a tricky run of games with Crystal Palace, Manchester City, Leicester and Liverpool in their next four matches.

They then head to Norwich, who sacked Daniel Farke yesterday despite the Canaries winning their first game of the season at Brentford.

Aston Villa CEO Christian Purslow said: “When Dean joined us in October 2018 our team was really struggling in The Championship.

"He immediately transformed the atmosphere and performances and achieved the ultimate success of leading Villa back to the Premier League within the same season – a rare feat.

“He then secured our place in the Premier League after a tough campaign and took us to a Cup Final at Wembley.

“However, after a good start to last season, this year we have not seen the continuous improvement in results, performances and league position which we have all been looking for.

"For this reason we have decided to make a change now to allow time for a new head coach to make an impact.

“The Board would like to sincerely thank Dean for his many excellent achievements, on and off the pitch, during this time. Everyone knows how much Aston Villa means to Dean and his family.

"He has represented the Club with distinction and dignity – universally liked and respected by everybody associated with Aston Villa – our staff, players and supporters alike. We wish him the very best.”