ASPEN LADD'S upcoming UFC bout with Macy Chiasson has been cancelled after a concerning pre-fight weigh-in.

Ladd, 26, was shaking on the scales and struggling to lift her arms before failing to make the 135-pound bantamweight target. 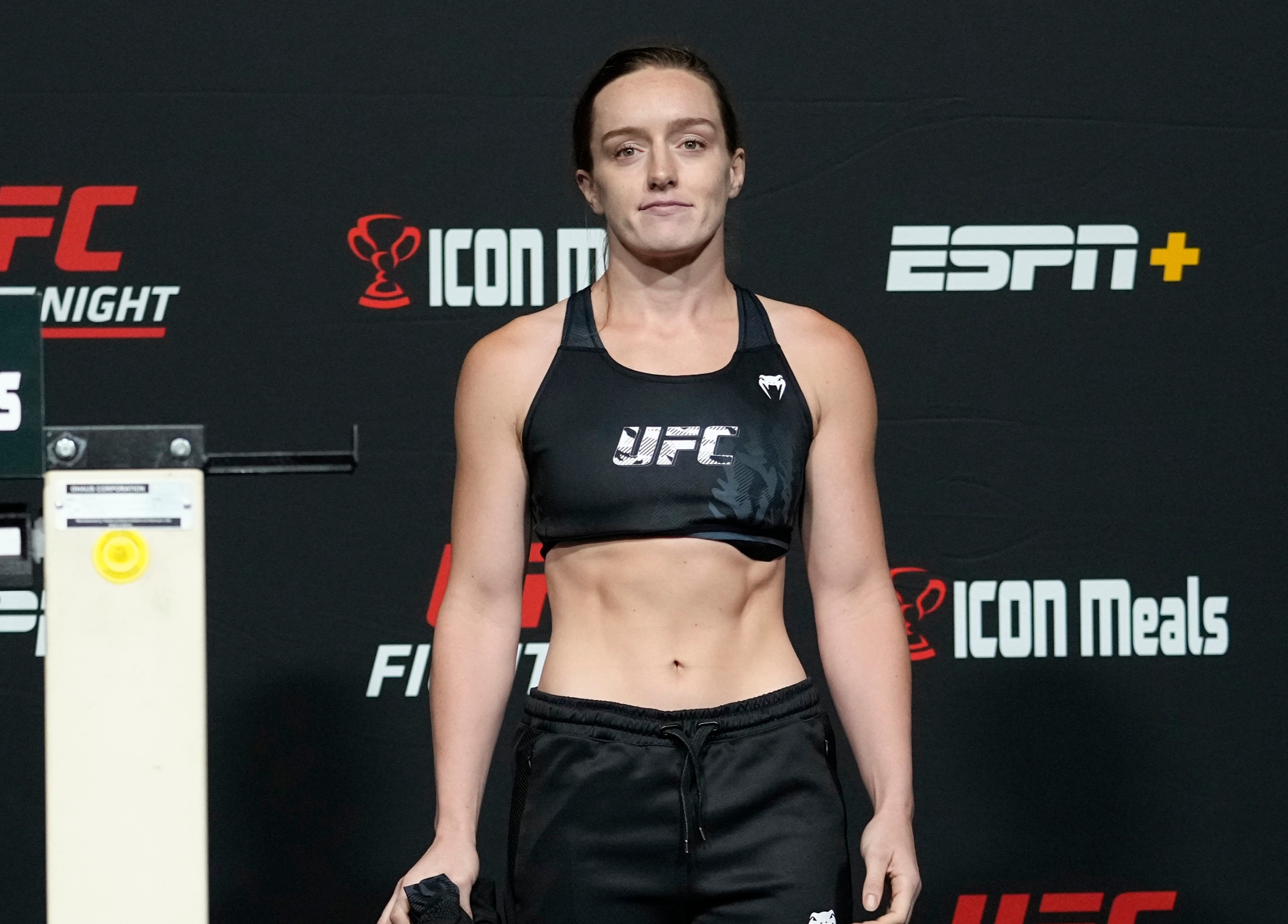 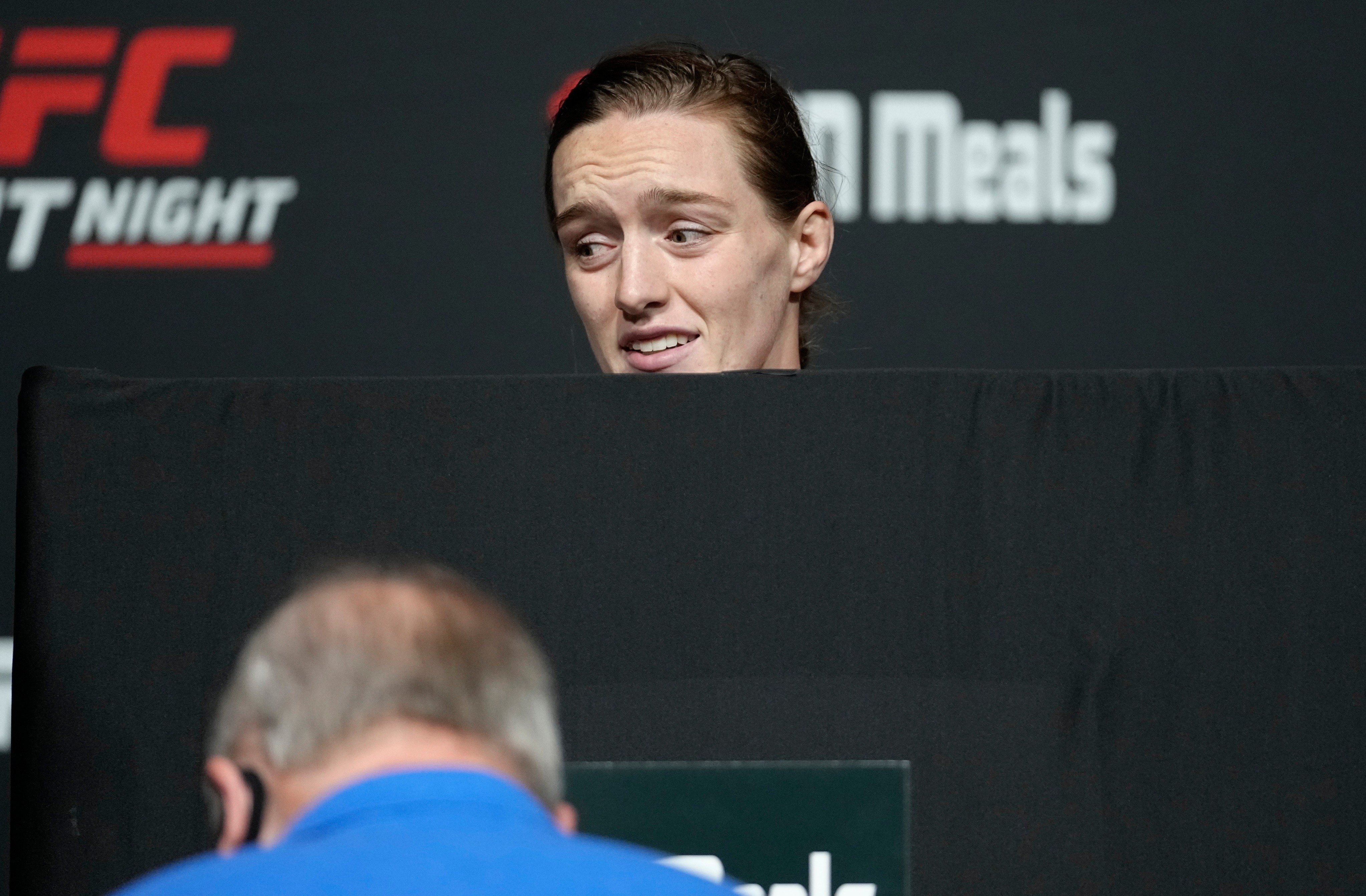 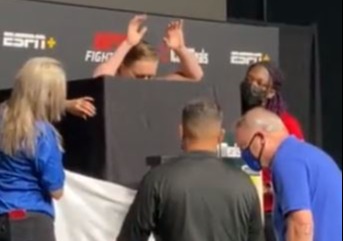 A privacy screen was placed around the American, who boasts a 9-1 MMA record, during the weigh-in.

Ladd has since revealed she started her period shortly before and Chiasson called off the fight, not UFC officials.

Ladd wrote on Instagram: "Fight is off. Again. All my fault. Straight up started my period 2 days back and made this cut absolutely miserable.

"Did the best I could, hit 137, the scale situation was a mess because the last thing I wanted was to bleed in front of the media.

"The fight wasn’t pulled, my opponent then decided she would rather not go through with it, as is her right.

"I’m going to get slammed regardless, so let it begin."

It's the second time the fight has been called off after the original July date was postponed because of Chiasson, 30, suffering an injury.

Chiasson has won seven of her eight MMA bouts, making her UFC debut in March 2019.

Ladd also experienced difficulties at a weigh-in for her fight with Germaine de Randamie in July 2019.

She was trembling on the scales and appeared to be in pain – but the fight went ahead, with Ladd suffering the only defeat of her career.

Her bantamweight license was temporarily suspended as a result, although she returned to the Octagon five months later.

Ladd has not fought since her December 2019 victory against Yana Kunitskaya after suffering a serious knee injury in training.