And the 21-year-old revealed he ran downstairs to tell her about his recent call up to Gareth Southgate's England squad – his first ever. 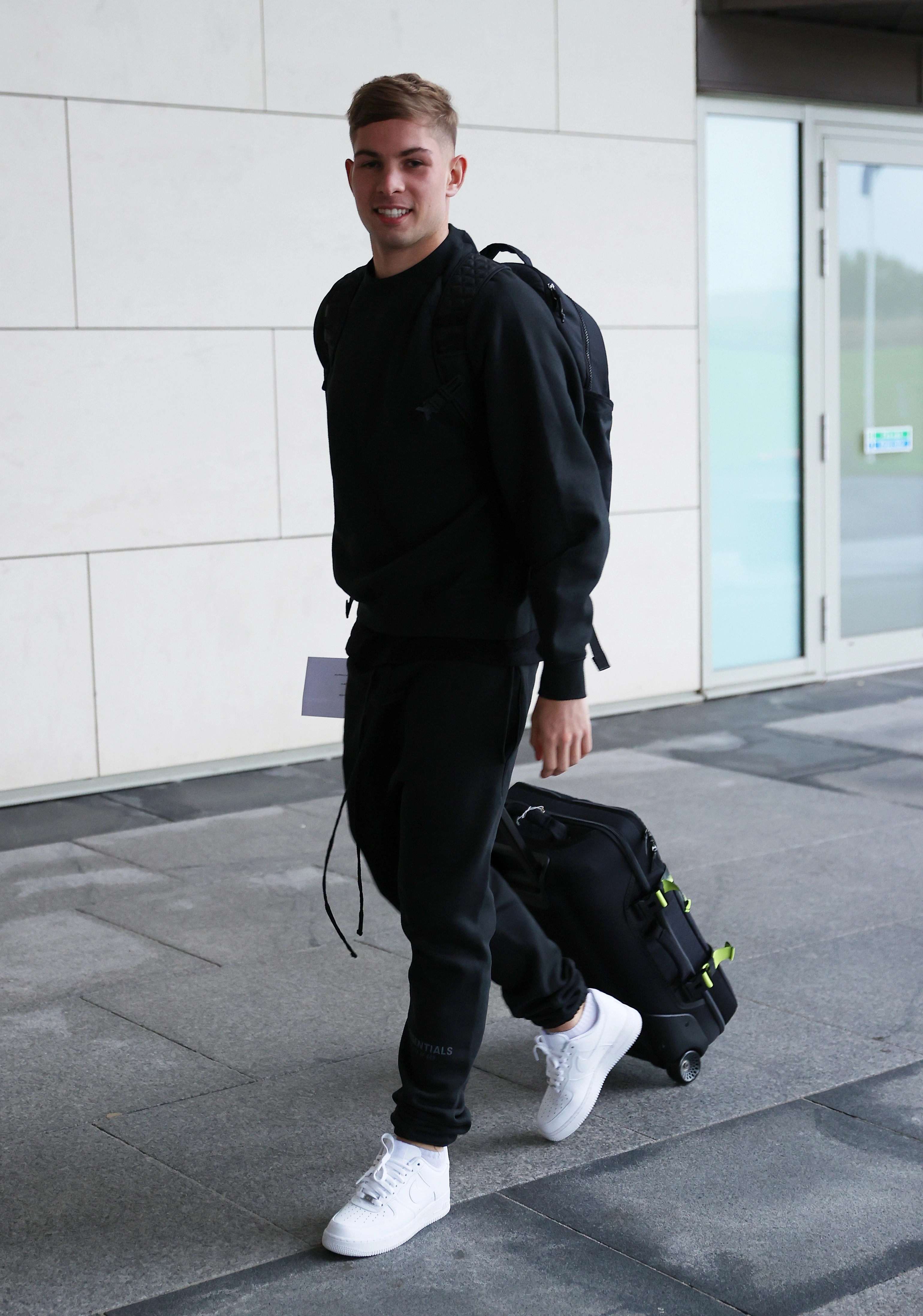 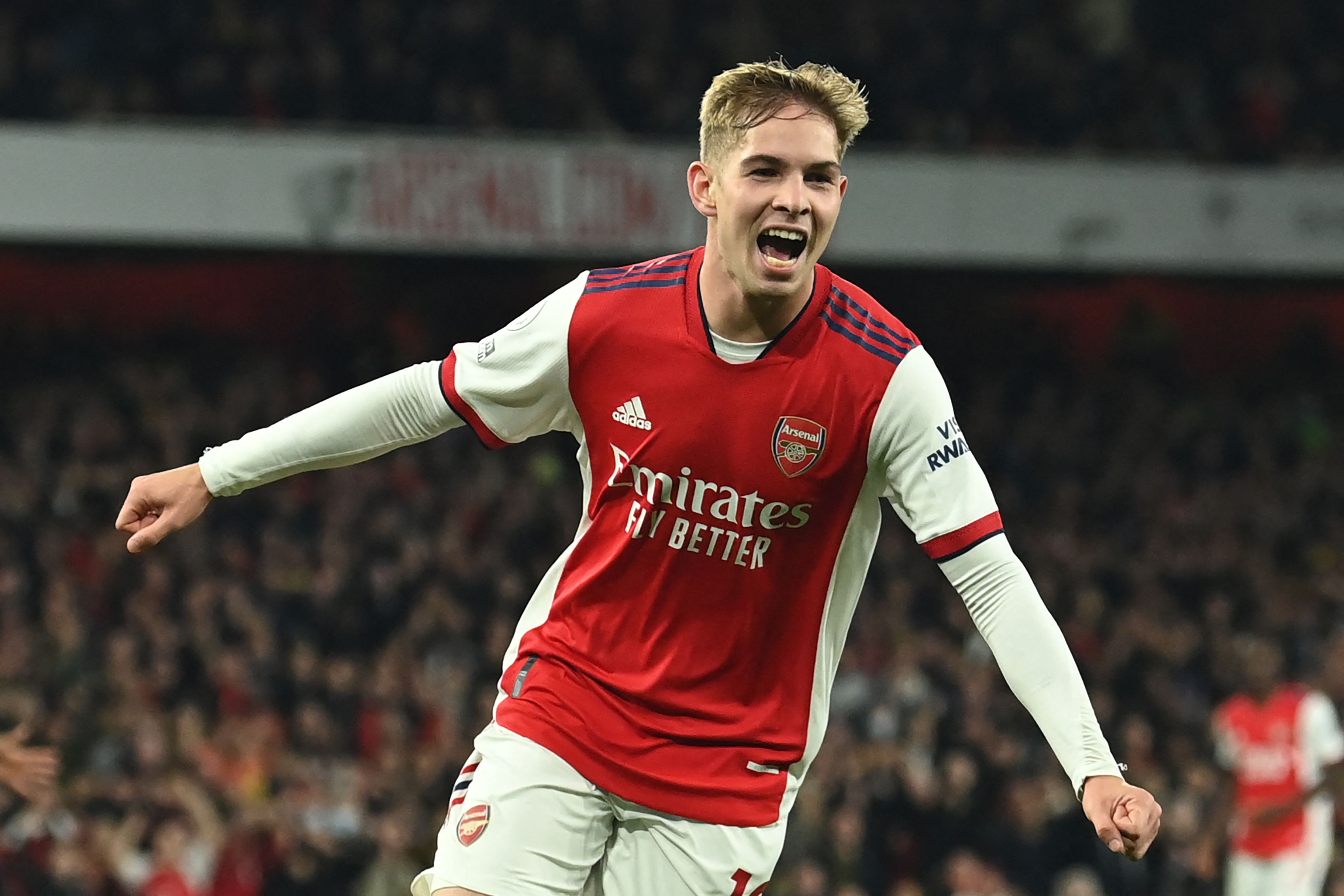 Smith Rowe has been one of Arsenal's best players this season and his form was rewarded by the Three Lions boss with Manchester United star Jadon Sancho left out.

And he revealed how he reacted to the call from Southgate after arriving at St George's Park.

Smith Rowe said: "It was a great moment for me and my family – I ran downstairs straight away and told my mum.

"It was very emotional. They were so proud of me."

Smith Rowe admitted he was 'really nervous' ahead of his first Three Lions training session and the experience is 'yet to sink in'.

He added: "Obviously I play against these guys every week but for England it's always different.

"Wearing the same training kit and passing the ball to each other – it's crazy to be alongside these great players.

"Harry Kane, captain of England, what he's done – it's crazy to be training with him.

"[Raheem] Sterling as well. I always knew training would be difficult. It still hasn't sunk in I'm actually here yet."

Smith Rowe always showed promise and has burst onto the scene this season with five goals and two assists from 13 games in all competitions.

And he admitted he had to ditch Nando's, chocolate and his mum's cooking to hit his current level of performance.

Gunners boss Mikel Arteta claims his No10’s outstanding recent form — five goals in his last eight games — has been down to an improvement in his lifestyle.

And Smith Rowe admitted: “I think he was talking about my diet. I didn’t used to eat that well. I used to get cramp after 60 minutes.

“I wasn’t eating great, I wasn’t drinking that well, before games I wasn’t really that hydrated but since then I’ve tried to focus so much on it.

“There’s loads of stuff we should be drinking before a game but before I was a bit too lazy.

“It was mainly my diet, nutrition and stuff like that. That’s really helped me. The club have sorted me out a chef, Chris, and he comes to my house every day.

“He’s got a couple of pasta dishes and that’s good for carbs. I didn’t used to like fish but now I am into it — salmon and stuff.

“I live with my mum. She normally cooks but she doesn’t have to cook any more. She wants the best for me and if that’s what I’ve got to do, I’ll do that.

“Clubs are strict (about diet) but I didn’t listen to be honest, I think that’s where I went wrong. But now I’m  listening, all the time.”

Asked what his guilty pleasures were, Smith Rowe replied: “Chocolate and I like Nando’s a lot. Maybe that’s killing me a little bit.

“I’ve tried to cut out chocolate and takeaways as much as I can. I’m always eating from home now.”

Smith Rowe also revealed he does not know why his surname isn’t hyphenated — but admitted: “I like it.”

The Arsenal whizkid told SunSport: “I haven’t really asked why there is no hyphen.

“I actually like it, even though Mum is fuming! She doesn’t like it when people put it in.”