AARON RAMSDALE has hilariously revealed he secured an extra £17 during Arsenal's win over Leeds by pocketing coins launched onto the pitch by fuming fans.

The Gunners stopper, 23, was largely a spectator as his side thumped Leeds 4-1 at Elland Road earlier this month. 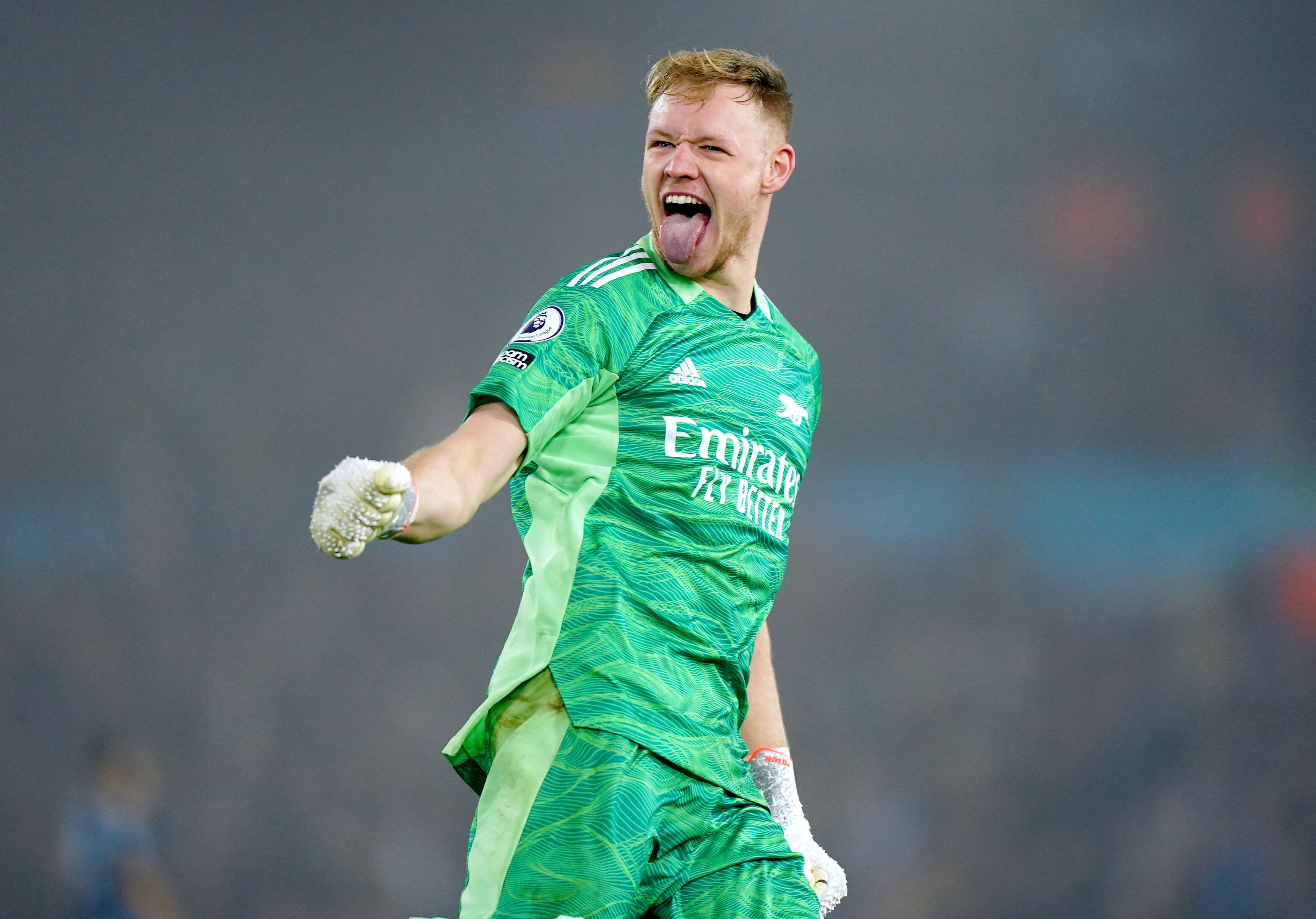 And Ramsdale – pushing Jordan Pickford the England No1 jersey – has revealed furious home supporters threw so many coins onto the pitch, he made a bonus £17.

Speaking on Ben Foster's podcast, the Three Lions ace even joked he bagged another £2 coin for his growing collection.

Ramsdale revealed: “After the first [goal], there were some bottles and stuff thrown, a few lighters and I chucked the off to the side.

"The next thing you know, money started coming on…

RETURN OF THE KING

THEY TOOT… THEY SCORE

Ramsdale continued: "At half time I put them in my towel, I run off and put them in the changing room.

"Second half comes, a few more come on, and then an E-cig.

Ramsdale has already become a fan favourite at the Emirates following his much-maligned move from Sheffield United.

Despite early concerns, the England man has comfortably usurped Bernd Leno to become Mikel Arteta's No1.

And he caught the eye of supporters during the Leeds win for his spectacular 's***housery'.

Ramsdale spent much of the game winding up the Leeds fans.

He celebrated right in front of them after Arsenal's goals, even cheekily sticking out his tongue as they hurled obscenities.

Then at full time Ramsdale waved, winked, and blew a kiss in the direction of the home end who had been abusing him all game.

After the game, his playful antics were praised by Arsenal legend Ian Wright.