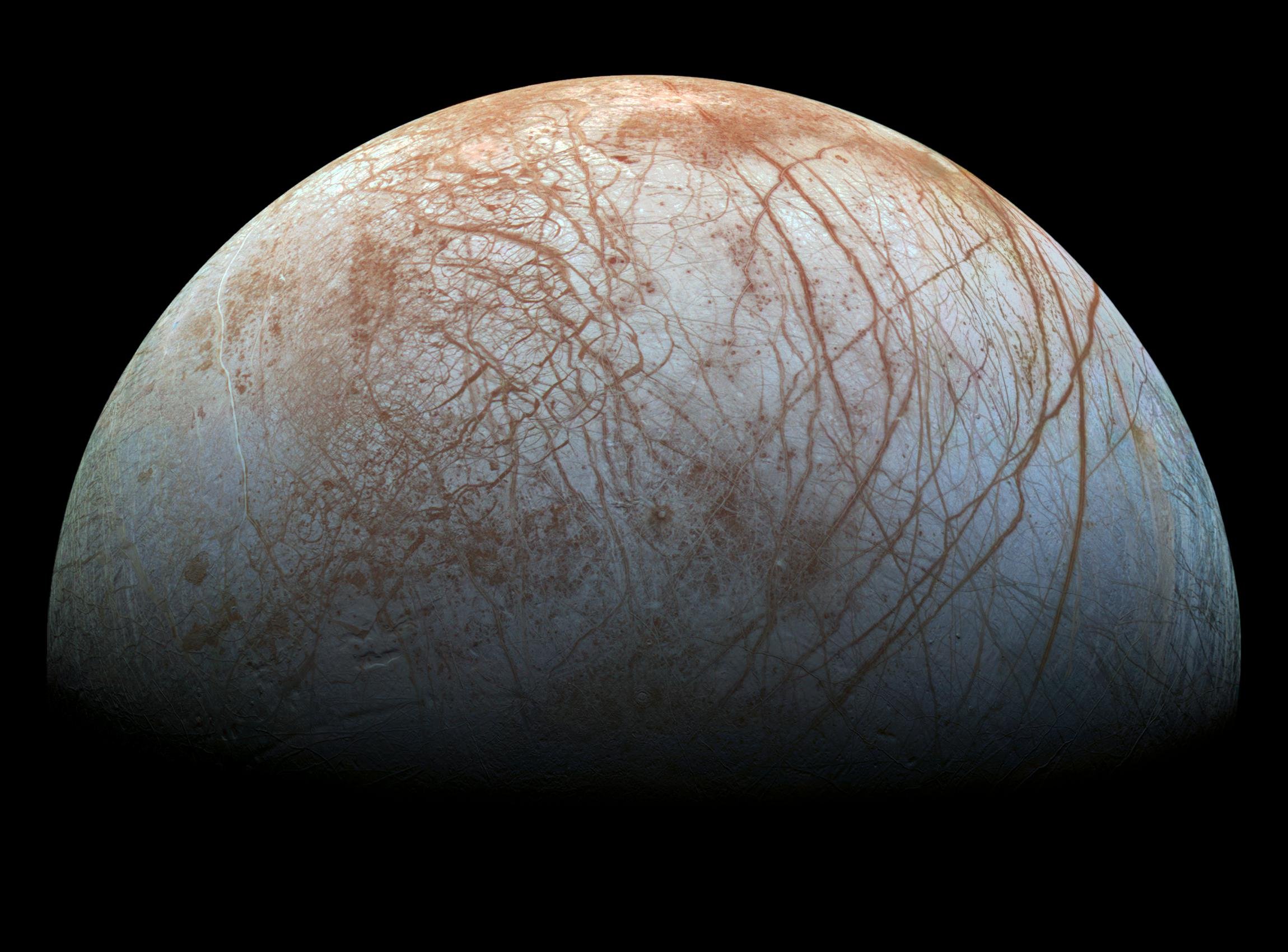 Alien lifeforms may be in the icy shell of Jupiter’s tiny moon Europa, reckon scientists.

Life could have evolved in shallow pockets of water near the moon’s surface, experts say, after studying ice-penetrating radar images.

Europa harbours a deep salty ocean beneath the ice which has long captivated alien hunters.

Millions of ancient microbes have been discovered 3,000 metres deep in Greenland’s glaciers — suggesting hardy species could live in ice elsewhere in the solar system.

It may be just as fertile as oceans. Bacteria has been found buried beneath the Antarctic ice sheet.

Space scientists have long been intrigued by the possibility of finding extraterrestrial life forms in ice-covered worlds far from Earth, especially on Europa.

Its surface is streaked with reddish-brown cracks, possibly caused by micro-organisms suspended in the ice.

Researcher Professor Dustin Schroeder, of the University of Stanford in California, said: ‘There is a possibility that life has a shot if there are pockets of water in the shell.

‘If the mechanism we see in Greenland is how these things happen on Europa, it suggests there is water everywhere.’

They were first photographed by the Galileo spacecraft in the 1990s. An explanation of how they formed has remained a mystery until now.

The study used data collected from 2015 to 2017 by Nasa’s Operation IceBridge which monitors Earth’s polar ice.

Co-author Dr Gregor Steinbrugge, of Nasa’s Jet Propulsion Laboratory, said: ‘This is the first time we were actually able to watch something similar on Earth and see nature work out its magic.

‘We are making a much bigger step into the direction of understanding what processes actually dominate the physics and the dynamics of Europa’s ice shell.’

Prof Schroeder added: ‘The mechanism we put forward in this paper would have been almost too audacious and complicated to propose without seeing it happen in Greenland.’