The exciting full-back has played a key role for Antonio Conte this season, as his side romped to glory in Italy. 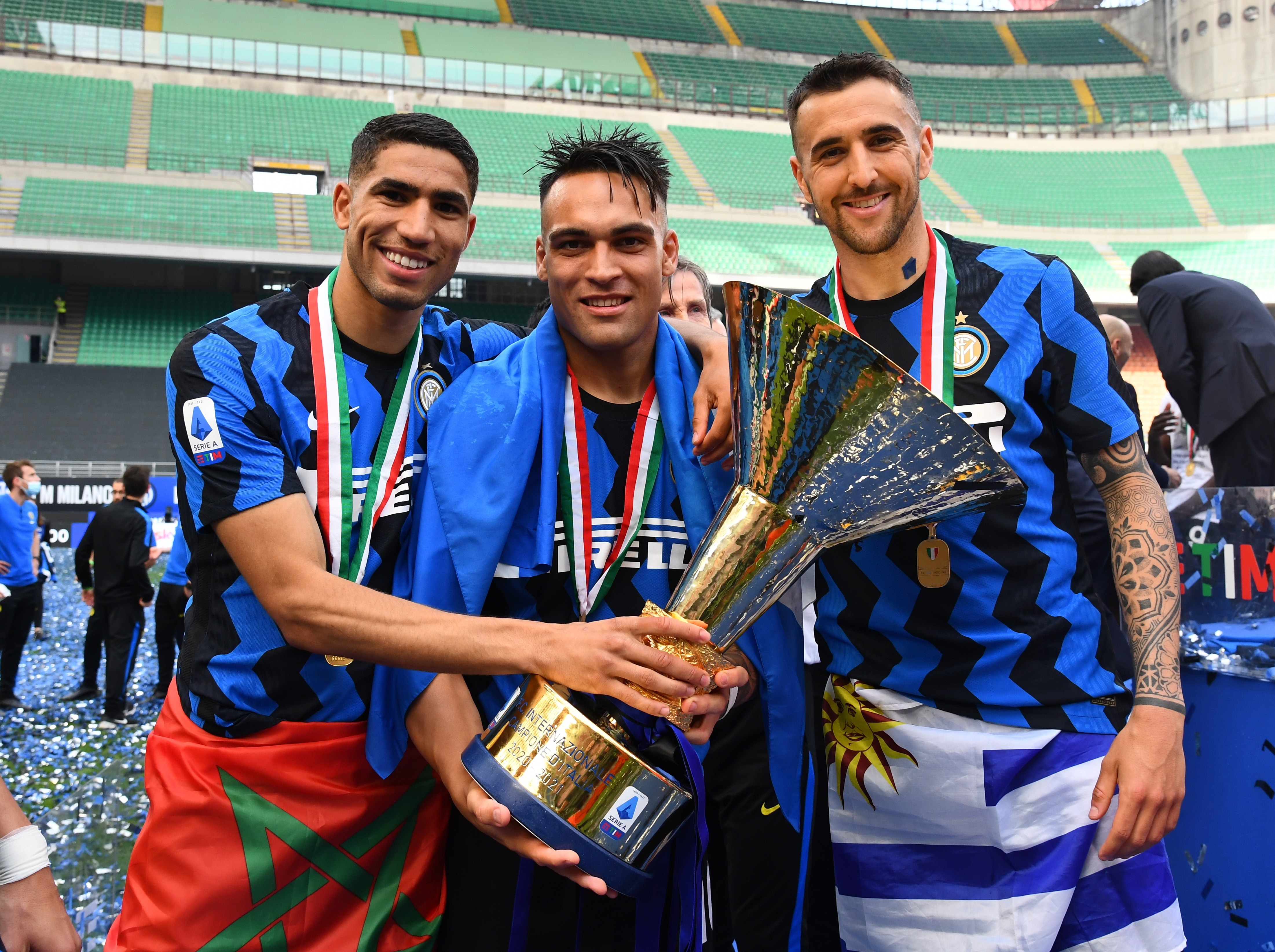 But with the newly crowned champions suffering financial trouble behind the scenes many of their stars, and even Conte himself, have been linked with moves away.

Arsenal and Bayern Munich are rumoured to be after Hakimi, who is one player that Inter feel they could get good money for.

But the 22-year-old appeared to make his intentions perfectly clear this afternoon.

With the camera on him, Hakimi pointed to the ground at San Siro, before then pointing to the badge.

Italian transfer guru Fabrizio Romano also confirmed that the former Real Madrid man is 'not planning to leave' this summer.

And he played his part during his side's 5-1 romp of Udinese this afternoon.

It was Ashley Young that got the scoring underway, clipping over the onrushing goalkeeper after Lautaro Martinez's effort was blocked. 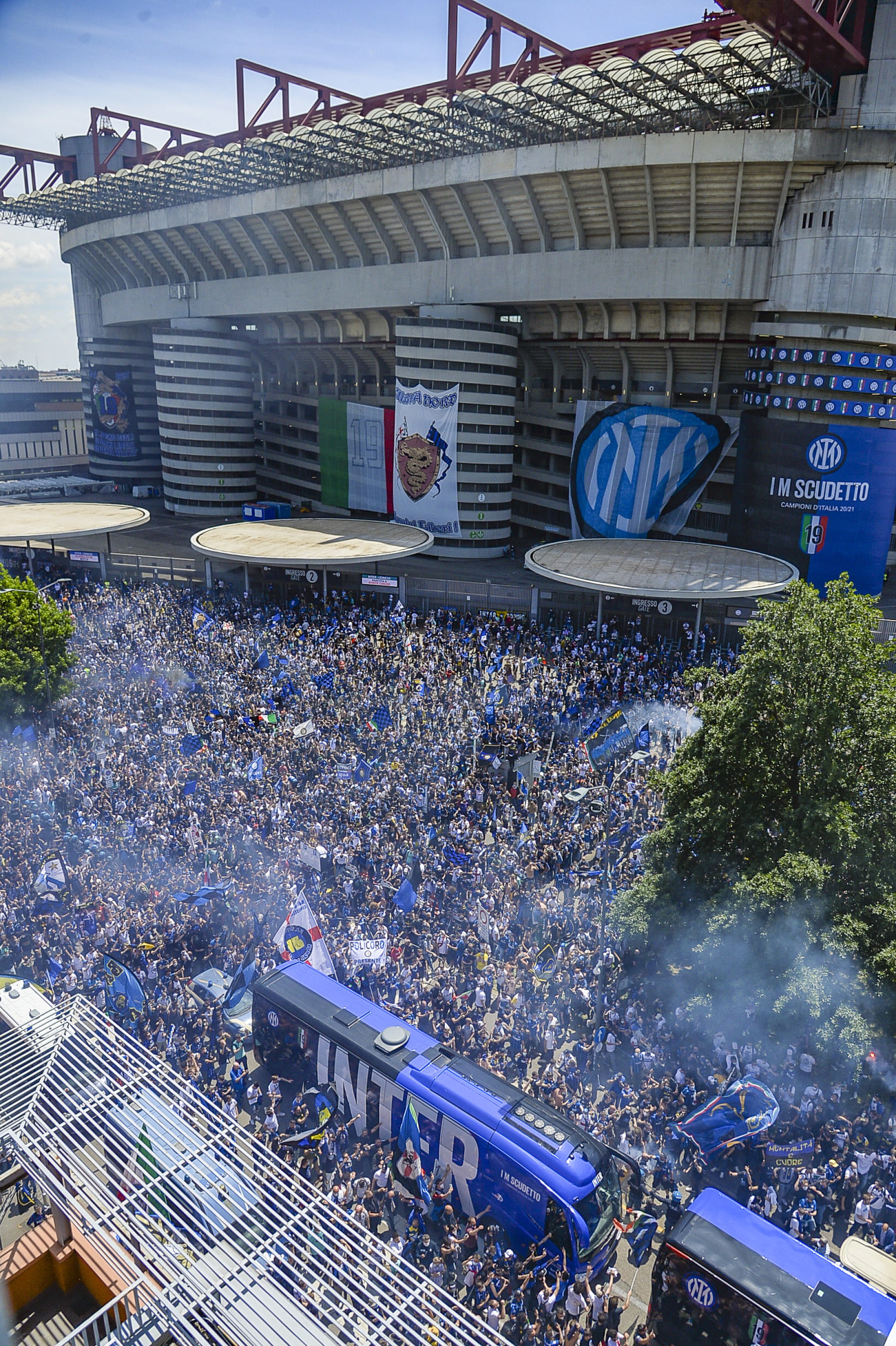 Former Spurs man Christian Eriksen then made it 2-0 with a free-kick on the stroke of half-time.

Martinez grabbed his second from the penalty spot, after Hakimi was fouled following smart dribbling in the box.

Ivan Perisic then curled home a beauty with 20 minutes remaining, before an Alexis Sanchez clip ricocheted off the bar before hitting the bewildered Romelu Lukaku and going in.

Udinese pulled one back from the spot late on, but it was never going to spoil Inter's day.

Delighted stars celebrated in front of San Siro's limited crowd, before sharing the glory with the thousands that had congregated outside.