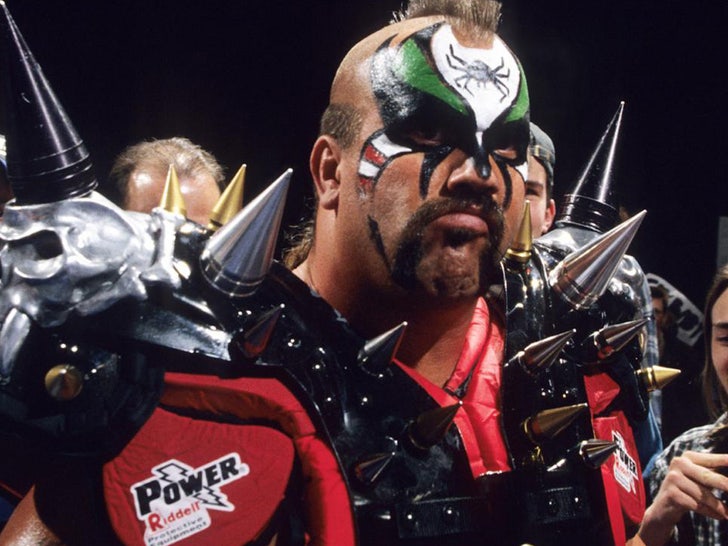 WWE legend Joseph Laurinaitis — AKA Road Warrior Animal — died during a romantic getaway with his wife to celebrate their wedding anniversary, this according to police documents.

Laurinaitis — one half of the famous Legion of Doom tag team — was with his wife, Kimberly, at the Margaritaville Lake Resorts in Osage Beach, Missouri on Sept. 22 for a quick getaway.

According to the police report, obtained by TMZ Sports, Laurinaitis had set up a whole romantic evening for Kim — starting with a fancy dinner and returning to their room, which was covered in rose petals and a gift basket.

But, after they arrived back to the room, Laurinaitis suffered a medical emergency — and collapsed on the bed.

Kim tried to perform CPR, but unfortunately, Joseph could not be saved, according to officials.

The medical examiner launched an investigation into his death — and notes medication for Laurinaitis was collected at the scene.

Laurinaitis is considered one of the best in-ring performers of all time — he wrestled for most of his WWE career with Road Warrior Hawk and won multiple tag team championships as The Road Warriors/Legion of Doom.