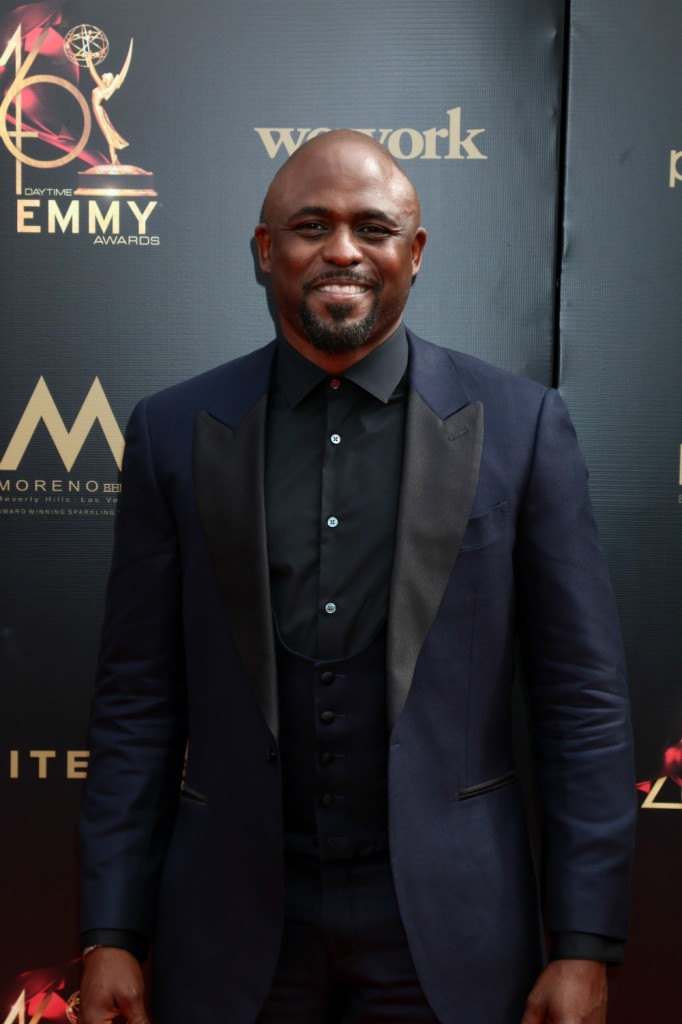 Crazy talented and recent Masked Singer winner, Wayne Brady, jumped on Instagram to clarify his quarantine situation and made a larger statement about putting his family first. What prompted him to do so were headlines that made the rounds on Wednesday saying that Wayne was self-isolating with his ex wife, Mandie Taketa, and their 17 year old daughter Maile. What made the story sensational is that joining them in their quarantine accommodations was Mandie’s boyfriend Jason. The speculation started from this interview with Access Hollywood on Tuesday, in which Wayne said:

My ex-wife Mandie and I, we have a different and I think a very special situation than a lot of people who co-parent. And our daughter is 17, so it’s also different than if she were five. For the entire duration of her life, we have co-parented as best friends. We’ve also lived like seven minutes away from each other at the most. And right now, we live virtually next door to each other. So our quarantining is a little different. We quarantine between both of our homes and I’ve got a big backyard and lots of land so we both share this land and this space. So Mandie, her boyfriend Jason, my daughter Maile, we are a family. So we’re like this new nuclear family.

But what media outlets ran with is that Wayne, Mandie and Jason were all holed up together in some COVID compound, kumbaya-ing their way through isolation. Wednesday night, Wayne came across his former high school drama teacher’s post on Facebook with that headline and decided to set the record straight on how their quarantine is working. But more important to Wayne was addressing the negative comments about their (misperceived) situation and that any family that can find a way to make it work should be commended for it.

Some of what Wayne said in his video:

”Wayne Brady reveals he is quarantining with ex-wife Mandie and her boyfriend.” Not true. As you read the article and listen to the interview that I did, that we actually live just two minutes from each other, and we are quarantining between both of our homes.

But here’s what I wanted to comment on. As you can see, people – a couple people that I went to high school with – are saying stuff like, “what the heck is he doing?” “Good grief!” “Crazy, boy.” What’s funny to me is, reading all these comments, first off, yes, I live my li… well, no. I was going to say that I live my life in the public eye but no, my job is a public job. And thank you for watching me or enjoying anything that I do. My private life is my home life. I’m not living with Mandie, who is my producing partner and my best friend, I don’t live with her and her boyfriend Jason. And my daughter, goes back and forth between both of our homes. It’s been that way most of her life. She’s 17 now, and it’s been that way since she was like five or six.

Co-parenting is a beautiful thing. If you can co-parent with the person that you made a child with, then God bless you. I have a beautiful daughter, Maile. Of course, I will do anything I will do anything in my power to be there for her mother. I want her to see that I love her mother and respect her mother. And her mother respects me. And that I have never said a bad word to her about her mother, or vice versa. Maybe it’s an anomaly, that’s sad if it is. There are certain situations where someone has done you wrong and I understand that you don’t want to be around that person, but that’s not my reality. Hopefully we can be representative of a new type of nuclear family.

No, we do not quarantine together. We quarantine in a parallel manner, how’s that? And even if we were living in one big @$$ house, who cares? That’s my family. I love who I love. You should love who you love… Just be good, mind your own. Take care of your own. That’s the best way to make it through life. That’s what I do.

I get why he felt he needed to record this video. The headlines about him living with Mandie and Jason were everywhere. But I really do think it was the comments that set him off more than the headlines (although, it was pretty clear what he said in the first interview, that they were close by and not together). It sounds like Wayne is very proud of the world he and Mandie, and now Jason, have created together to raise Maile. They should be. I would be and I’d defend it too. And I do applaud Wayne and Mandie and the loving relationship they’ve maintained for Maile. I will, of course, forever comment on gossip stories so I apologize to Wayne in advance for that, but I promise to keep an open mind about tabloid headlines when I read them… for at least, like, five minutes. Then I’m going full Hecate on them.

Wayne is promoting his newest show, a comedy competition for kids called Wayne Brady’s Comedy IQ. It airs this Monday. I might check it out. One of the shows we’ve been rewatching a lot is the American version of Whose Line is it Anyway, so we already have Wayne on rotation each night. Can’t ever have enough Wayne as far as I’m concerned. Hell, I’d co-quarantine with him, too. 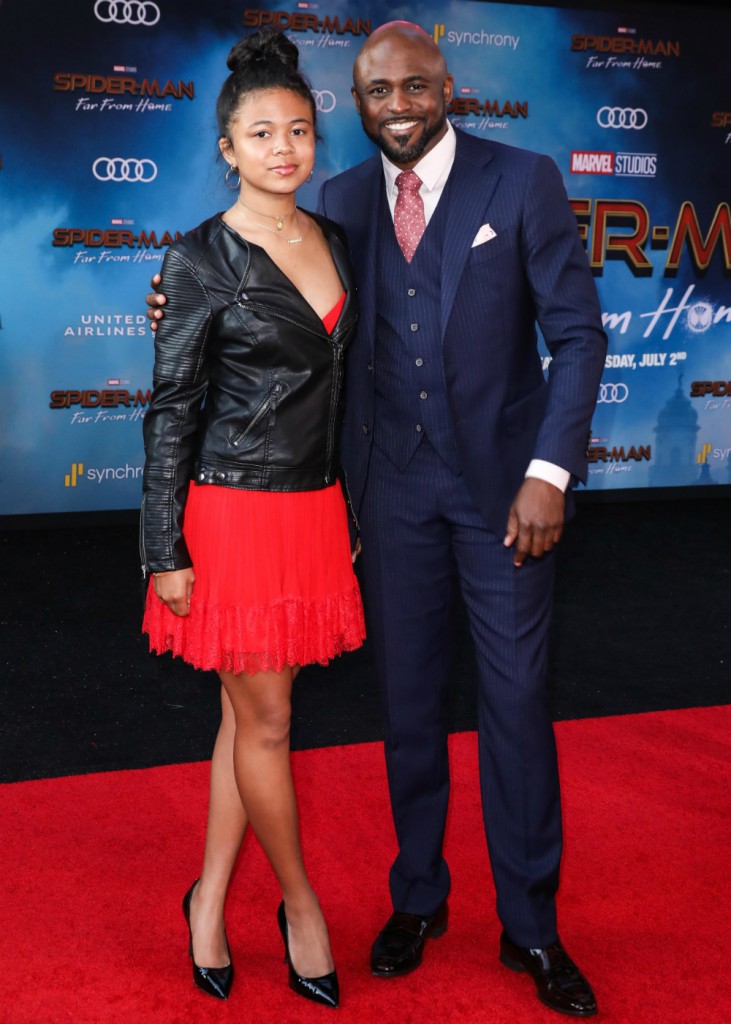 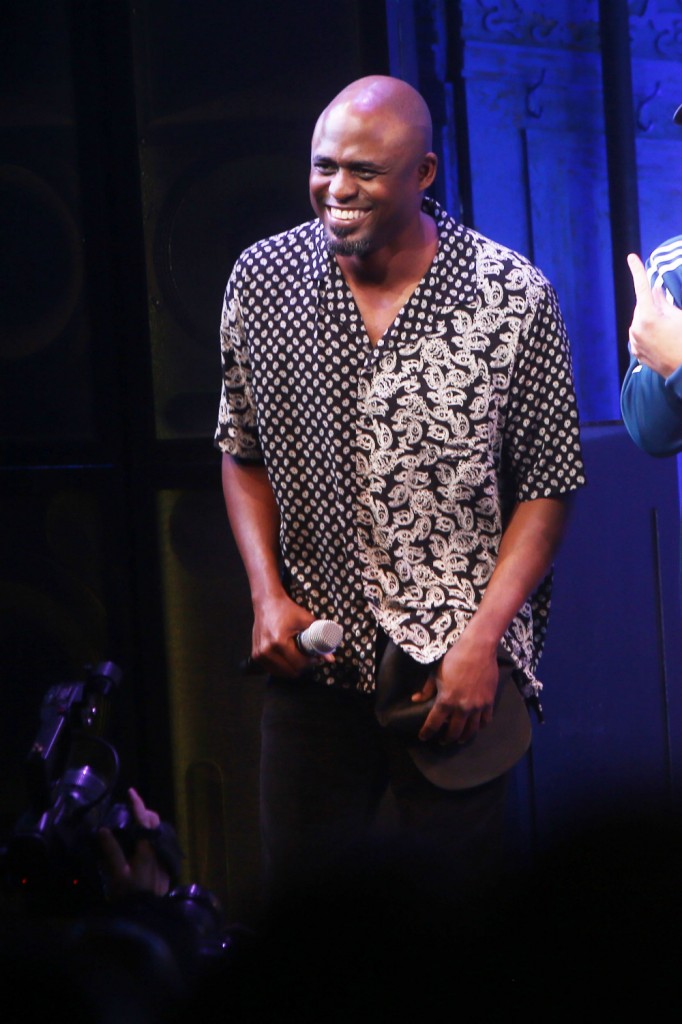 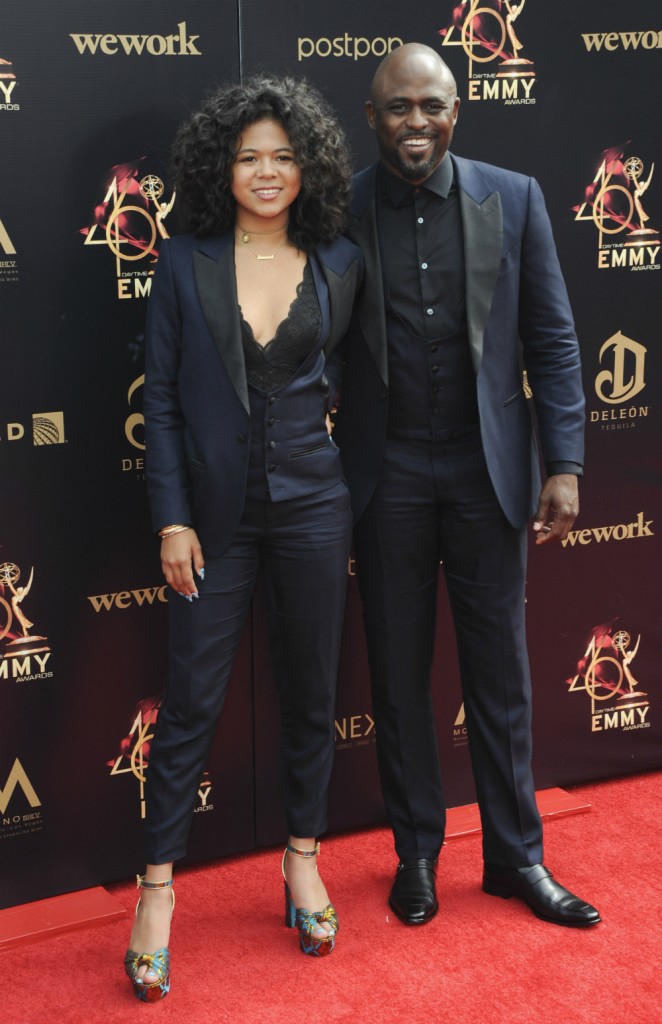