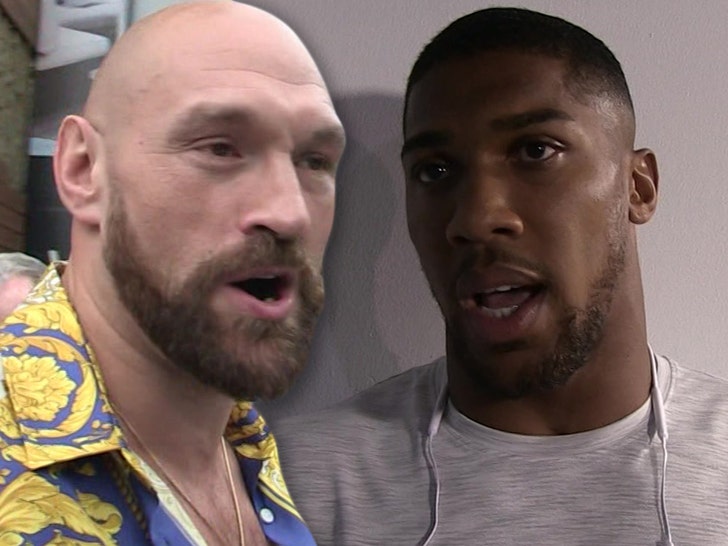 Tyson Fury says he’s “optimistic” he will fight Anthony Joshua in 2021 — telling his rival, “Grow a pair and sign the contract, Big Boy!”

The Gypsy King appeared on “Good Morning Britain” where Piers Morgan referenced a report that the fighters could sign a 2-fight deal worth more than $500 MILLION!!!

“Well that doesn’t sound too bad,” Fury said … “but then again, I don’t believe everything I see in the paper.”

Of course, Joshua is coming off a violent victory over Kubrat Pulev — he demolished the heavyweight Saturday night with a 9th-round knockout.

After the fight, Joshua was asked about a possible matchup with Fury — and Tyson wasn’t satisfied with his answer!

Tyson even mocked AJ on social media — “Anthony Joshua just sh*t himself live on television! He got asked did he want the fight … and he went around the bushes and put his ass on the edge!”

31-year-old Joshua is 24-1 as a pro with his only loss coming by way of Andy Ruiz. He defeated Ruiz handily in the rematch.