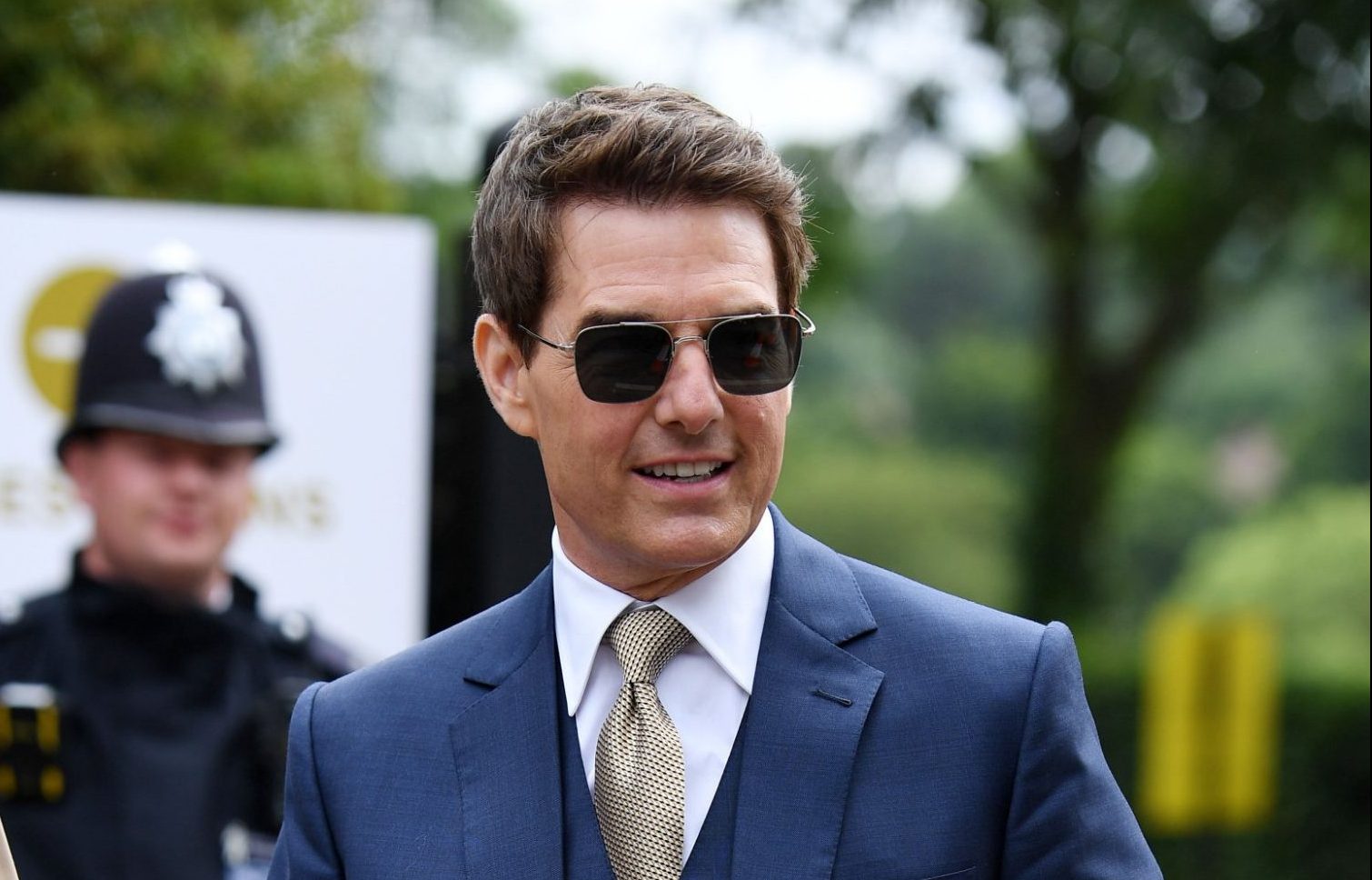 What would you do if Tom Cruise asked to land his helicopter in your garden? No, that’s not an innuendo for something non-PG, but a reality for one lucky couple in Warwickshire.

The 59-year-old actor, who is busy filming the next Mission: Impossible movie in the UK, found himself in a bit of a pickle when he needed to land his helicopter due to Coventry Airport closing temporarily.

Warwickshire resident Alison Webb and her partner were then called upon for their field to be used by an ‘unnamed VIP who was running late’ and desperately needed to land.

Speaking to BBC News, Alison said: ‘I thought it would be kind of cool for the kids to see the helicopter land in the garden.

‘He [Tom Cruise] basically arrived and got out and it was like, “Wow”.’

Ever the gentleman, Tom showed his gratitude for their help by chatting with the couple’s children and ‘elbow bumping’ them to say ‘thank you very much’.

‘Then he said if the kids would like they could go up in the helicopter,’ Alison, from Babington, revealed.

The children were then taken on a ride by the helicopter’s pilot while Tom attended a meeting.

Alison continued: ‘It turned out to be an incredible day. It was surreal, I still now can’t believe it happened.’

Tom has been popping up all over the UK in recent weeks, including last weekend when he was spotted enjoying dinner at a curry house in Birmingham.

The Top Gun star showed up to Indian restaurant Asha’s on Newhall Street with five others plus security detail on Saturday night, and ordered chicken tikka masala with ‘extra spices’, at £19.45 a portion.

The actor was so impressed by the dish that he ordered a second helping, and the restaurant’s staff were rather chuffed.

A tweet from Asha’s read: ‘It was an absolute pleasure to welcome Tom Cruise to Asha’s Birmingham yesterday evening.’

‘Tom ordered our famous Chicken Tikka Masala and enjoyed it so much that as soon as he had finished, he ordered it all over again – The greatest compliment.’

The actor graciously posed for a photo with staff members outside the restaurant, and removed his face mask to show off his Hollywood smile.

Tom and his Mission: Impossible co-star Hayley Atwell were also seen at Grand Central shopping centre where they were filming scenes for the next installment of the iconic franchise.