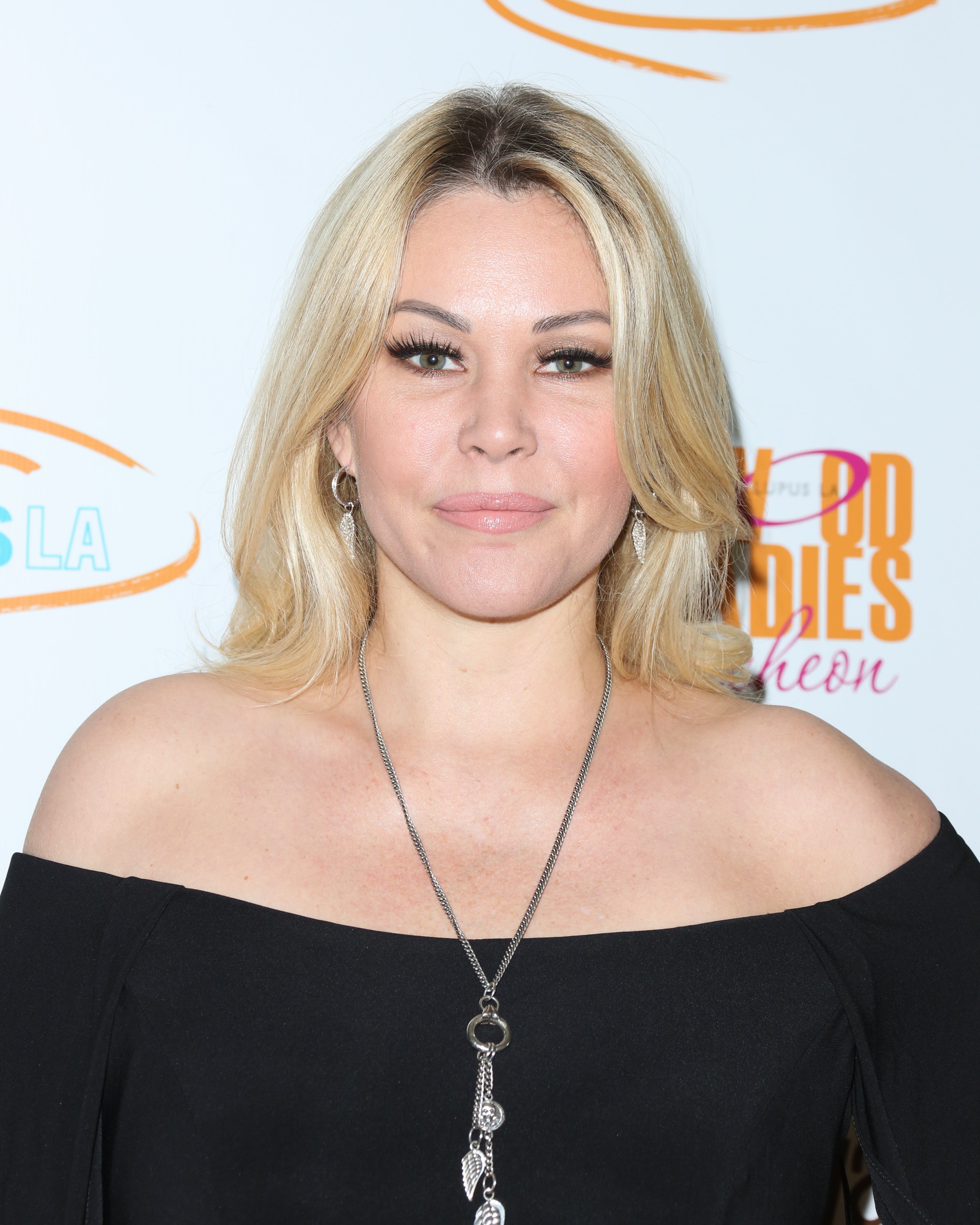 You may know her best as Travis Barker’s ex-wife, but Shanna Moakler’s relationship history goes beyond the Blink-182 drummer, believe it or not. The model, reality TV star, and former pageant queen has romanced her fair share of actors and musicians over the years, and even though she’s currently dating a model, it seems to me she’s still not quite over Barker. Ever since Barker went public with Kourtney Kardashian in February 2021, Moakler has been throwing plenty of shade their way… while also insisting she’s unbothered by her ex-husband’s new GF.

Most recently, Moakler seemingly shaded Barker and Kardashian’s social media PDA after posting a pic of herself with her own on-and-off-again boyfriend, Matthew Rondeau. When a fan slid into her comments to point out Rondeau had yet to post any pictures of himself and Moakler together, she replied, "Unlike some people, my relationship status isn’t based on social media posting… I’m happy in life, not on IG." Oof.

While Barker and Moakler’s complicated romance was certainly a big part of her life, it’s not the only major relationship she’s ever had. Here are the other men who have romanced the former Miss USA both before and after Barker.

https://www.instagram.com/p/uOm5x-gEq_” data-shortcode=”uOm5x-gEq_” data-instgrm-captioned>Though it’s unclear how they met, Moakler reportedly had a two-year romance with singer Billy Idol, and the two even made a cameo in 1998’s The Wedding Singer together. During a tell-all 2001 interview with ESPN, Moakler opened up about the relationship, where she called him a "gentleman" with a "great mind for history"… though she also claimed he was "horrible in bed." Yikes. Idol has never publicly commented on his relationship with Moakler.

During her ESPN interview, Moakler also named New Kids on the Block singer Jordan Knight as one of her exes. The two reportedly dated between 1996 and 1997, but Knight has never commented on the relationship. Yet another ex named in Moakler’s ESPN interview: Baywatch alum David Charvet. "I dated a Baywatch boy named David Charvet," she told the outlet. Their relationship reportedly took place sometime in 1997, but Charvet has never commented on the romance. 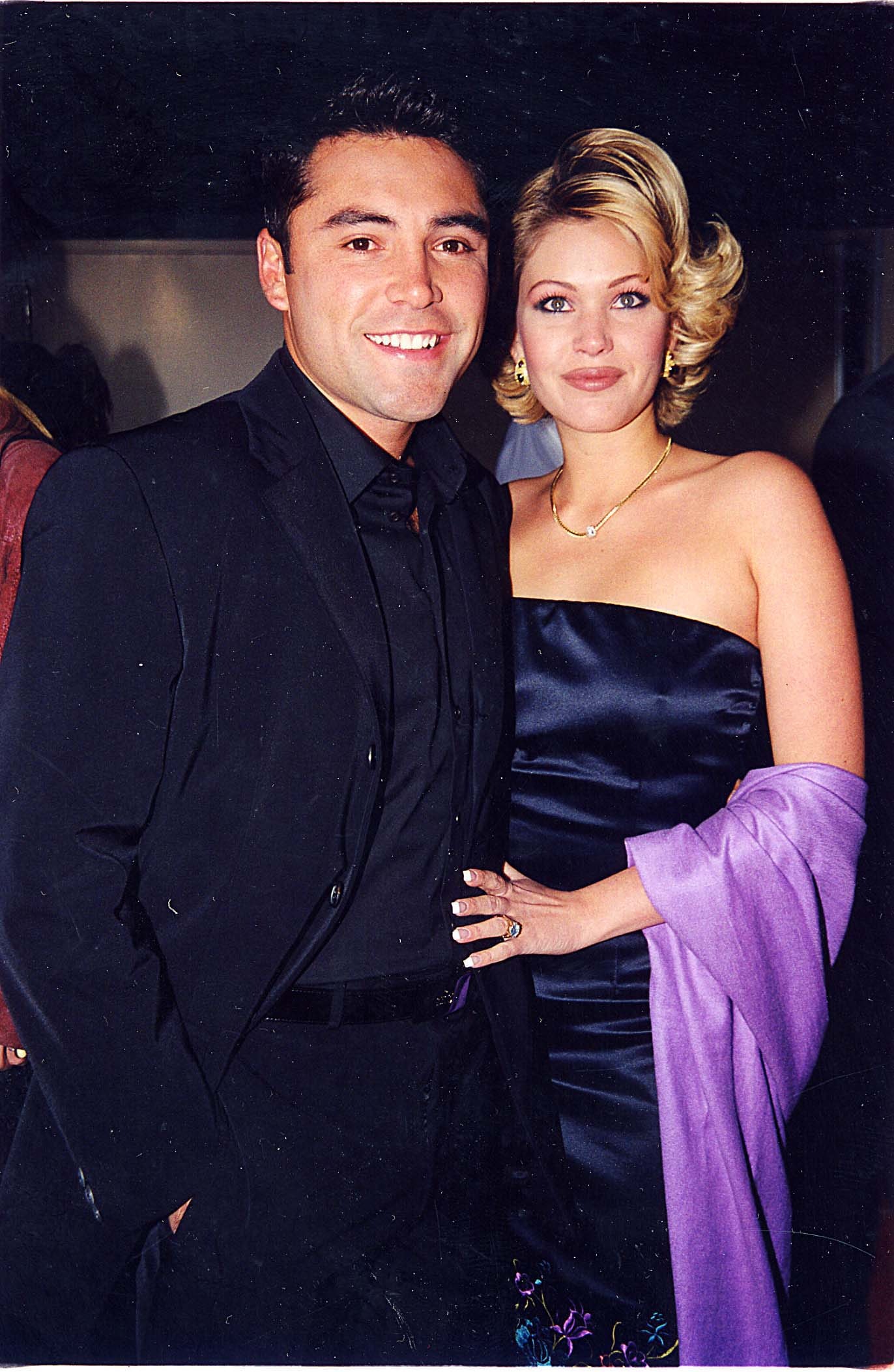 In late 1997, Moakler started up a romance with boxer Oscar de la Hoya, and after just about a year of dating, the two got engaged. In March 1999, the couple welcomed their daughter, Atiana Cecilia, and everything seemed to be going well for the family of three — until the Latin Grammy Awards in September 2000. As Moakler recounted during her 2001 interview with ESPN, things took a turn after de la Hoya brought another woman to the show.

"I’m sitting in bed, watching the Latin Grammy awards, feeling hurt that he went without me. Then, I see him there with another woman," she explained. "I was devastated. I had no idea there were any real problems in the relationship until that point." In December 2000, Moakler filed a $62.5 million palimony suit against her ex-fiancé, and the case was settled out of court in 2001 for an undisclosed amount. Since then, Moakler and de la Hoya have managed to repair their relationship. "He and I are super close," Moakler said of her ex during an March 2021 interview with Entertainment Tonight. "We’re really good friends, and I just think he’s great." 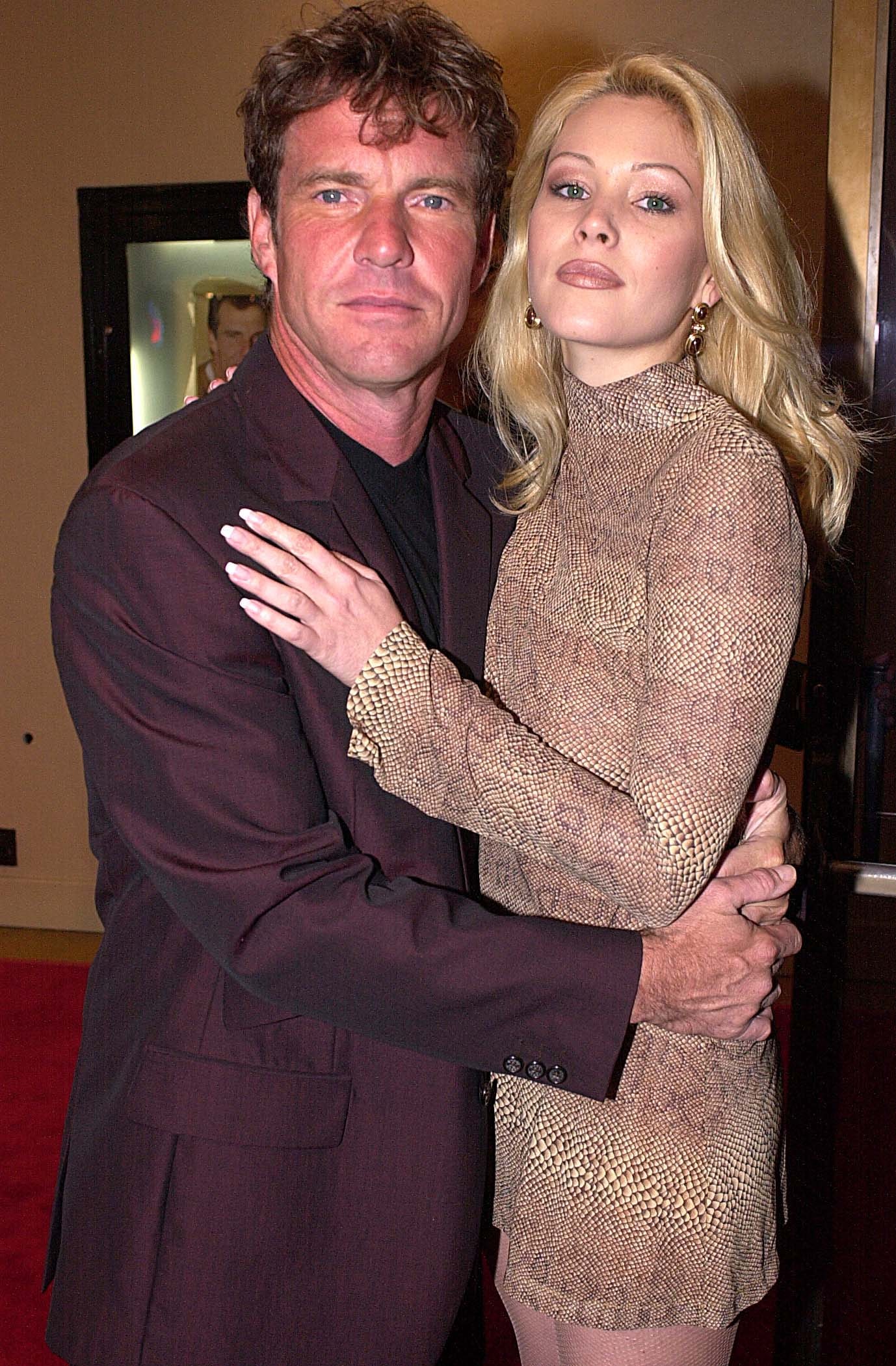 Though little is known about Moakler’s relationship with actor Dennis Quaid, the two reportedly dated for about eight months in 2001, attending multiple events together during that time. Moakler even dished about the romance during her 2001 interview with ESPN, telling them Quaid was "better in bed" than her ex de la Hoya. It’s unclear when or how things ended between them, and Quaid has never discussed the relationship. 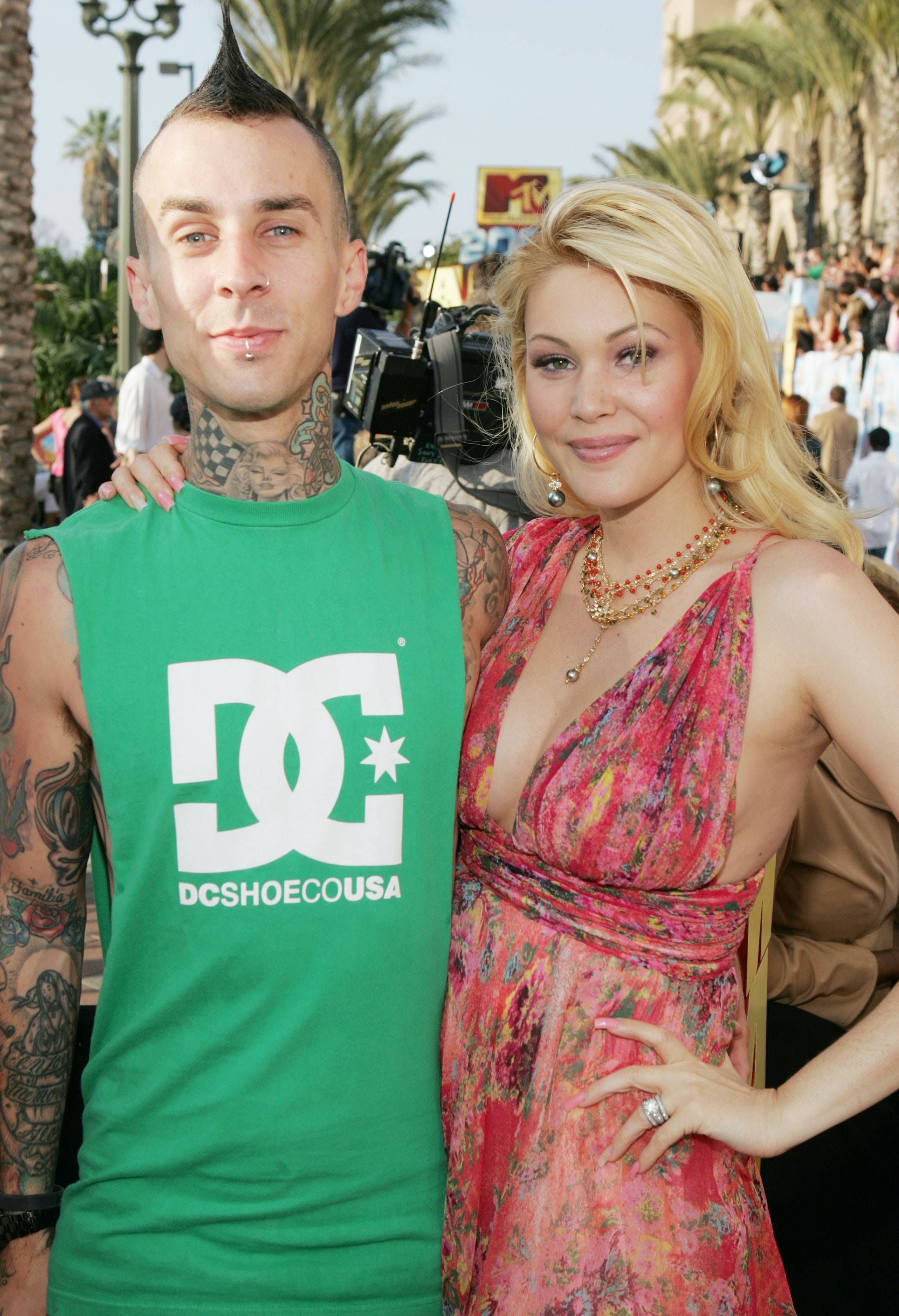 Moakler first met Barker in summer 2002, while the drummer was still in the process of divorcing his then-wife Melissa Kennedy. Sparks flew, and after just about a year of dating, the couple welcomed their first child, Landon Asher, in October 2003. The following October, Barker and Moakler tied the knot, and in 2005, the world was introduced to their relationship through the MTV reality series Meet the Barkers. During its two-season run, the newlyweds welcomed their second child, Alabama Luella, in December 2005, but sadly, the series was the beginning of the end for Barker and Moakler’s marriage.

In August 2006, Barker filed for divorce from Moakler. "I felt like having the reality show changed Shanna’s character," Barker later wrote in his 2015 autobiography, Can I Say. "Shanna wanted to be an actress, and I felt she started doing things just for the cameras — for attention, or maybe it was just her dramatic personality." Though the two briefly reconciled in 2008 following Barker’s near-fatal plane crash, the reunion was short-lived, and by April 2009, the two were done for good. Moakler briefly sparked dating rumors with actor Gerard Butler after they were reportedly spotted kissing in October 2008… which was just about a month after she reportedly got back together with Barker. The alleged affair reportedly led to Barker and Moakler’s April 2009 breakup, though a rep for Moakler denied the cheating rumors. "They did break up, but Shanna never cheated on Travis while he was in the hospital," her rep said in a statement. "Furthermore, Shanna is tired of playing out their personal relationship in the press." Neither Barker nor Butler ever commented on the alleged affair.

Following her final split from Barker, Moakler began seeing biker Bryan Sollima sometime in 2014. Though the relationship reportedly lasted for five years before eventually ending in July 2019, little is known about their time together.

Moakler’s current romance is with model Matthew Rondeau, which began sometime in early 2020 after Rondeau slid into Moakler’s DMs. "I’m super happy," Moakler gushed when asked about the relationship by Entertainment Tonight in March 2021. "I’m just in a really good place. Work is fantastic and my relationship has been wonderful and I’m just having fun. I’m just enjoying myself."

Just about a month later, reports emerged claiming Moakler and Rondeau had split, but Moakler seemingly shut down those rumors when she posted a pic of Rondeau kissing her hand to IG on April 16. "He makes me happy," she captioned the pic. Looks like those two are still going strong.