ICYMI: Shanna Moakler is not a fan of the Kardashians. Ever since Kourtney Kardashian began dating her ex (aka Travis Barker), she’s been shading Kourtney and Kim. See, according to Shanna, Travis had an affair with Kim when he was still married to her. Ofc, Kim denies these claims but that hasn’t stopped Shanna from shading her every chance she gets.

In a since-deleted Instagram comment, Shanna took her disdain for Kim K a notch higher. A post from the account @iamrichroyal shows a crying Kim (classic) with the caption, “I f*cking hate her.” Shanna commented, “You’re not alone.”

Ok, first of all, that’s really mean. Like, unnecessarily mean. The account @kardashianvideo captured Shanna’s comment and people in the comments were not having the online hate. “If you hate her so much then why comment or even make a comment about it?” one person asked, which is… valid. Another person joked, “Alexa, play Obsessed by Mariah Carey.”

It’s true that Shanna can’t seem to keep the Kardashian name out of her mouth. She spoke to Us Weekly last month about Kim’s alleged affair with Travis.

Kim disputed these claims in an Instagram Q&A. “NO! False narrative!” she wrote in response to a fan question. “We’ve been friends for years and I’m so happy for him and Kourt.” 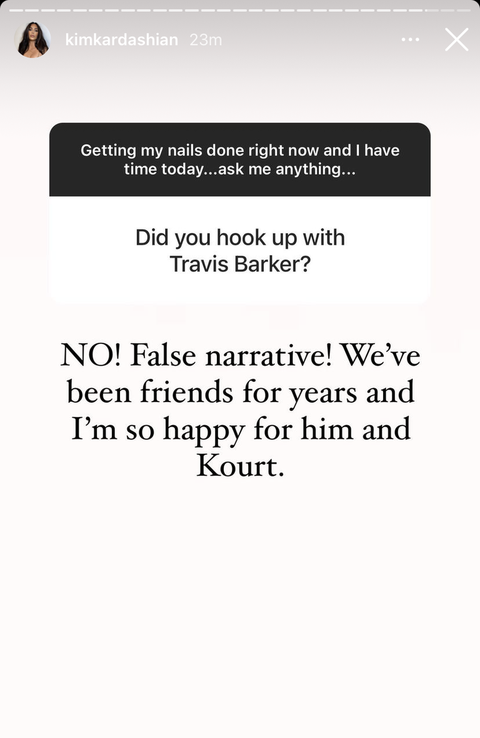 A source previously confirmed Kim’s statement to Page Six, saying “It’s a shame that [Shanna] continues to spread lies because she is clearly bitter her ex is happy and has moved on. It’s extremely hurtful to her kids how she is behaving. Hopefully, she gets the help that she needs and can eventually find happiness.”

You love all the deets on celeb drama. So do we! Let’s overanalyze them together.