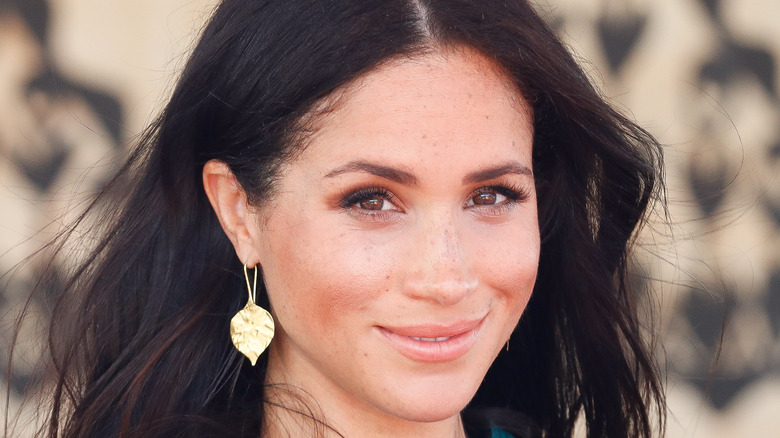 Prince Harry and Meghan Markle shocked many when they announced their decision to step away from their royal duties and move to the United States in early 2020, per People. The couple claimed that they wanted to split time between the U.K. and the U.S. while working to earn a living and raise their family. “After many months of reflection and internal discussions, we have chosen to make a transition this year in starting to carve out a progressive new role within this institution. We intend to step back as ‘senior’ members of the Royal Family and work to become financially independent while continuing to fully support Her Majesty The Queen,” Harry and Meghan said in a statement announcing their exit as senior royals.

Just one year after completing their last royal engagement, the Duke and Duchess of Sussex stunned fans again when they sat down for a tell-all interview with Oprah Winfrey (via USA Today). During the interview, Meghan opened up about battling depression and suicidal thoughts and revealed that the royals were unsympathetic when she wanted to seek inpatient treatment. For his part, Harry confessed that he felt trapped within the confines of the family, and claimed that his father and brother felt similar. The couple also dropped bombshell allegations of racism within the firm when they told Oprah that members of the family had made insensitive comments about their son’s skin color. This week, one royal expert made a bold claim about Meghan’s true intentions with the royal family.

If you or someone you know is struggling with mental health, please contact the Crisis Text Line by texting HOME to 741741, call the National Alliance on Mental Illness helpline at 1-800-950-NAMI (6264), or visit the National Institute of Mental Health website. 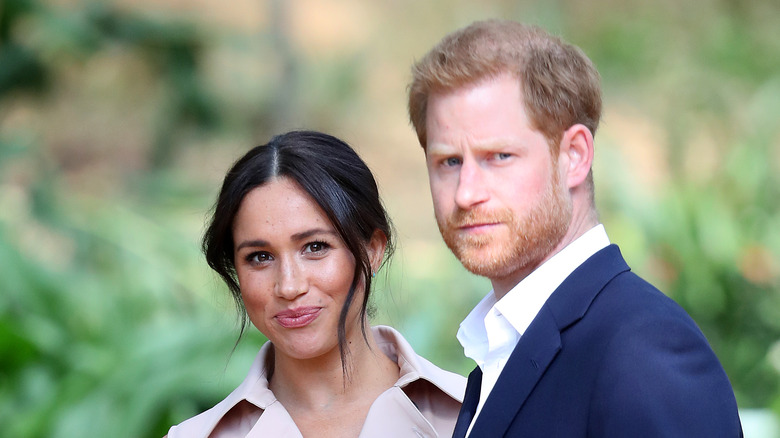 It’s now been more than a year since Prince Harry and Meghan Markle’s exit from the royal family. The couple is currently living in a mansion in Santa Barbara, California, and expecting their second child, a girl, this summer. In addition to their controversial Oprah interview, the Duke and Duchess of Sussex have kept busy with other business ventures. Meghan recently released a children’s book and Harry re-teamed with Oprah for a mental health docuseries titled “The Me You Can’t See,” where he again criticized the royal way of life, per The Sun. After everything that’s transpired, royal author Phil Dampier is sharing his thoughts on Meghan’s true intentions with the royal family.

“I don’t buy this that they didn’t help to protect Meghan and I don’t buy she was driven out by racism. I don’t think her heart was really in it,” Dampier stated. “When you look at some of the projects she’s got involved with and they were seemingly planning a couple of years ago. I personally think she never intended to stay in the royal family,” he added. In addition, Dampier says he believes Meghan and Harry’s criticism of the royals is a barrier to excuse their actions. “I’m afraid that blaming members of the royal family and courtiers and how they were treated is just an excuse for what they have done and to justify what they’ve done,” Dampier said. Meanwhile, Fox News reports that the Sussexes are expected to come face to face with the royal family again in 2022, when they head back to the U.K. to celebrate Queen Elizabeth’s platinum jubilee.