Queen Elizabeth II delivered a rare televised speech on Sunday, April 5, about the “enormous changes” people are experiencing in the U.K. and around the world amid the coronavirus pandemic.

In a pre-taped address recorded at Windsor Castle in England — where she is self-isolating with her husband, Prince Philip — the monarch, 93, said that she was speaking to her subjects “at what I know is an increasingly challenging time.” 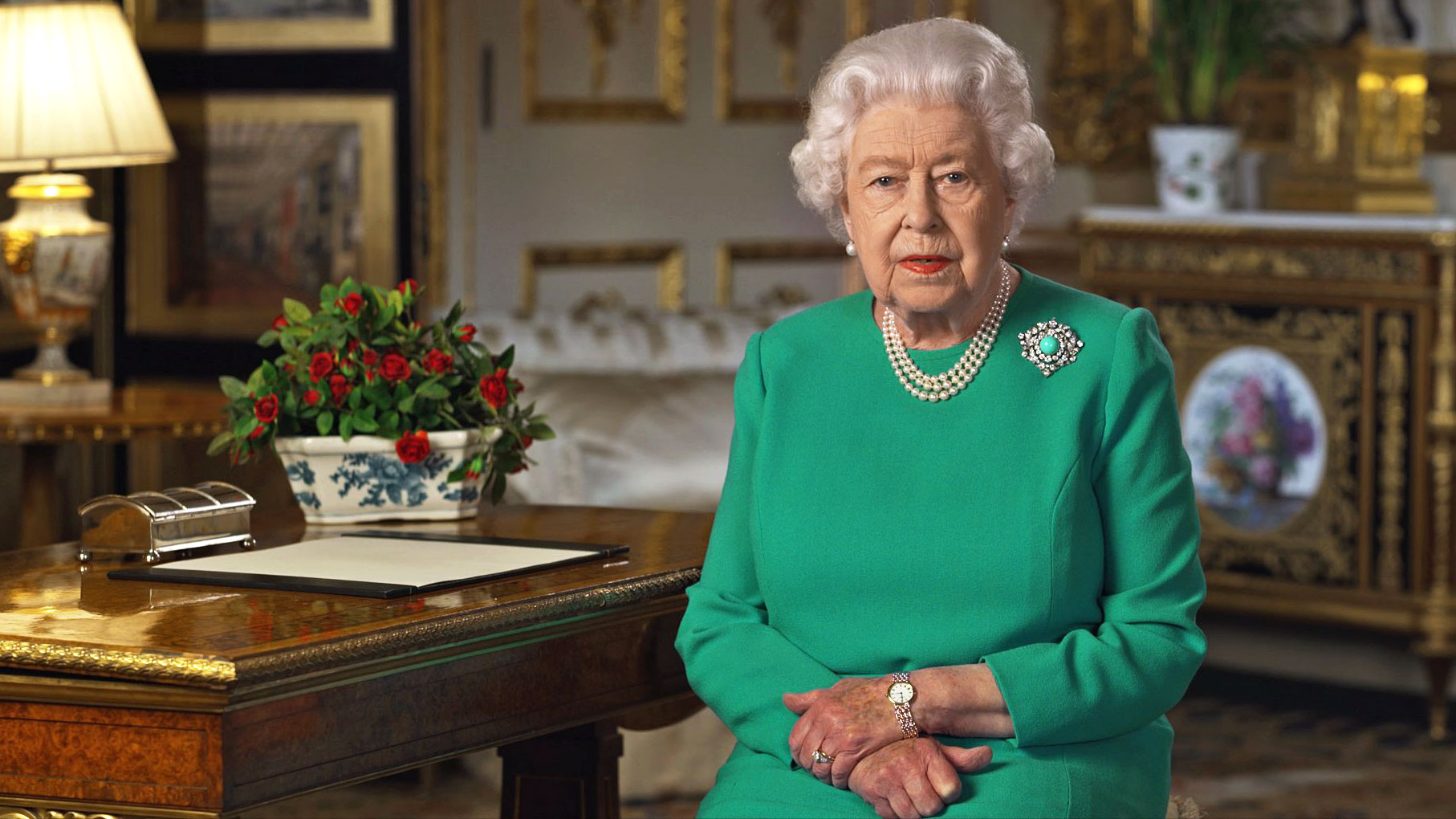 The queen, whose eldest son, Prince Charles, tested positive for COVID-19 last month, called it “a time of disruption in the life of our country: a disruption that has brought grief to some, financial difficulties to many, and enormous changes to the daily lives of us all.”

While the queen records an annual Christmas greeting, this speech marks only the fourth time in her 66-year reign that she has delivered a TV address to the U.K. and Commonwealth countries at a historic moment. The other times were after the Queen Mother’s death in 2002, before Princess Diana’s funeral in 1997 and about the First Gulf War in 1991.

In her speech, she praised those working on the frontlines to care for those affected and combat the virus as well as those who are self-quarantining at home to protect the vulnerable. The queen also sought to reassure the British people amid the pandemic, which began in China and has since spread across the world, killing more than 67,000 people, including over 9,300 in the U.S. and more than 4,300 in the U.K.

“I hope in the years to come, everyone will be able to take pride in how they responded to this challenge and those who come after us will say that the Britons of this generation were as strong as any,” the queen said. “That the attributes of self-discipline, of quiet, good-humored resolve and of fellow-feeling still characterize this country.”

The speech was recorded in Windsor Castle’s White Room, which was chosen so that an appropriate amount of distance could be maintained between the queen and the cameraman wearing personal protective equipment. The grandmother of Prince William and Prince Harry has been staying at Windsor Castle since March 19, leaving Buckingham Palace in London earlier than normal for her Easter break as a precaution because of the virus.

As she concluded her speech, the queen recalled the first speech she ever gave, in 1940 with her late sister, Princess Margaret, as families were separated during World War II.

“We, as children, spoke from here at Windsor to children who had been evacuated from their homes and sent away for their own safety,” she said. “Today, once again, many will feel a painful sense of separation from their loved ones. But now, as then, we know, deep down, that it is the right thing to do.”

“While we have faced challenges before, this one is different. This time we join with all nations across the globe in a common endeavor, using the great advances of science and our instinctive compassion to heal. We will succeed — and that success will belong to every one of us,” the queen said. “We should take comfort that while we may have more still to endure, better days will return: we will be with our friends again; we will be with our families again; we will meet again.”

Given the constantly evolving nature of COVID-19, Us Weekly wants our readers to have access to the most accurate resources. For the most up-to-date coronavirus information, guidance and support, consult the CDC, WHO and information from local public health officials. If you’re experiencing coronavirus symptoms, call your primary care provider for medical advice.