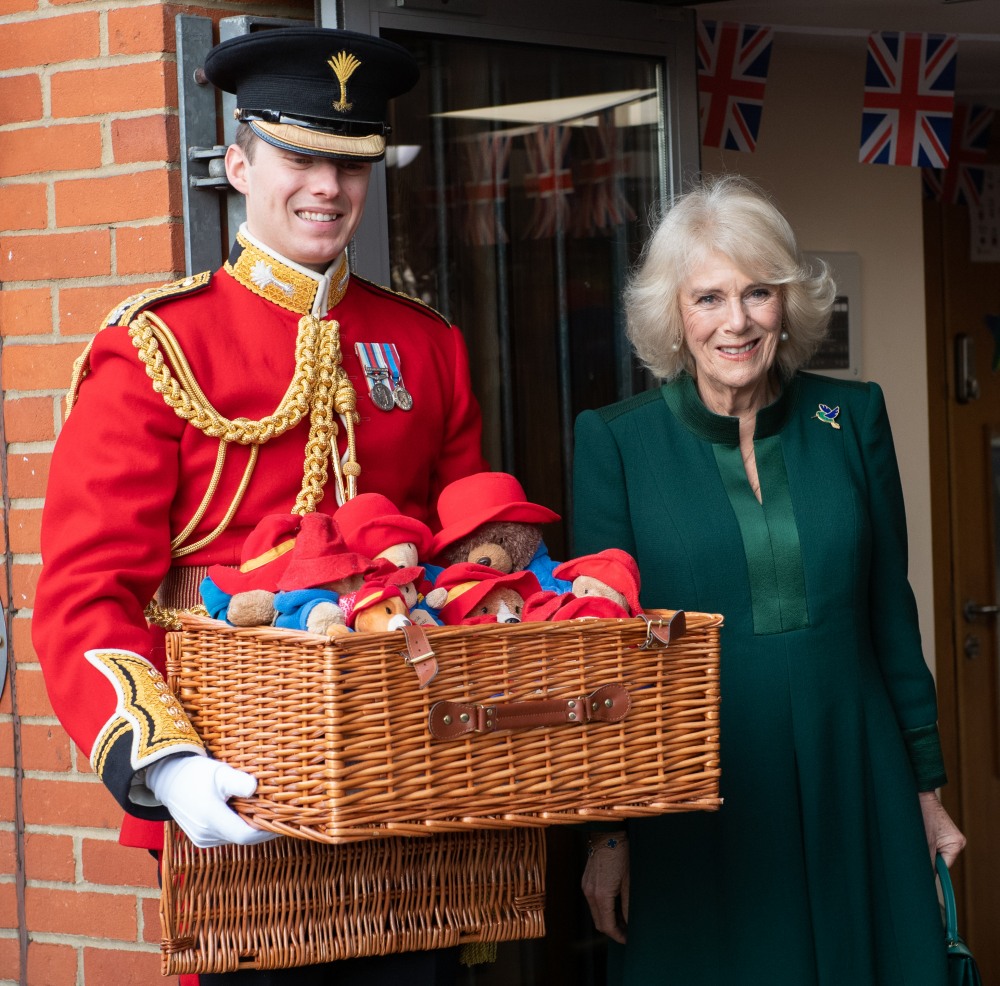 On Thursday, Queen Camilla decided to do an event around kids and Paddington Bear. During the Jubbly, Queen Elizabeth II did a video with the animated Paddington Bear, from the movies, voiced by Ben Whishaw. Then, months later, QEII passed away and people left Paddington Bears in tribute to QEII all over London. Many of those stuffed animals were gathered by the Palace and they’ve given the task of “donating the bears” to Camilla. Anything to make her seem warm, pleasant and happy to be around children (when she’s none of those things).

So, on Thursday, Camilla was tasked with giving away a wicker basket full of bears to the children at an East London kindergarten. Notably, the bear-distribution operation was not handled whatsoever by Camilla or the palace. No, Barnardo’s children’s charity was tasked with gathering up all of the Paddingtons, washing them and distributing them to kids. Camilla just turned up to claim credit. The whole reason I decided to write about this is because the palace-made video from the event is not that great for Camilla. First of all, the kids aren’t paying attention to her at all. Second of all, one child stands close to Camilla and Camilla decided to lift the little girl’s arm up by her shirt cuff. It was one of the most awkward exchanges I’ve ever seen.

It’s so cringey. I mean, I can see why the galaxy-brains at Buckingham Palace thought it would be a good photo-op – Camilla and Paddington, who can hate on that? – but the fact that their own in-house videographer captured what actually happened at the event, it’s pretty bad. Stop treating children like dogs. Don’t lift a child’s arm up by the shirt cuff. 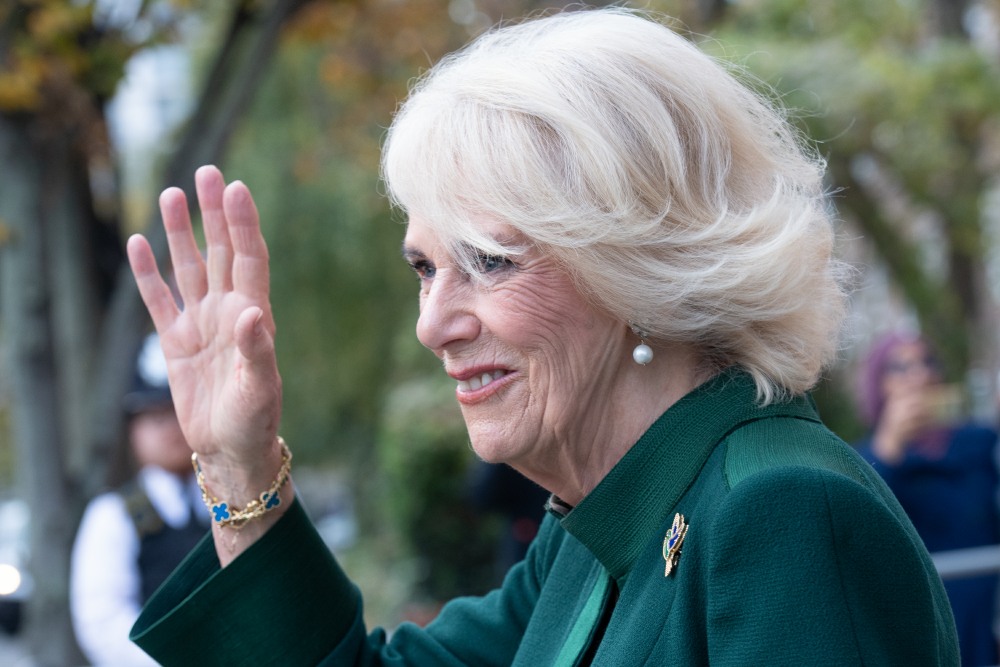 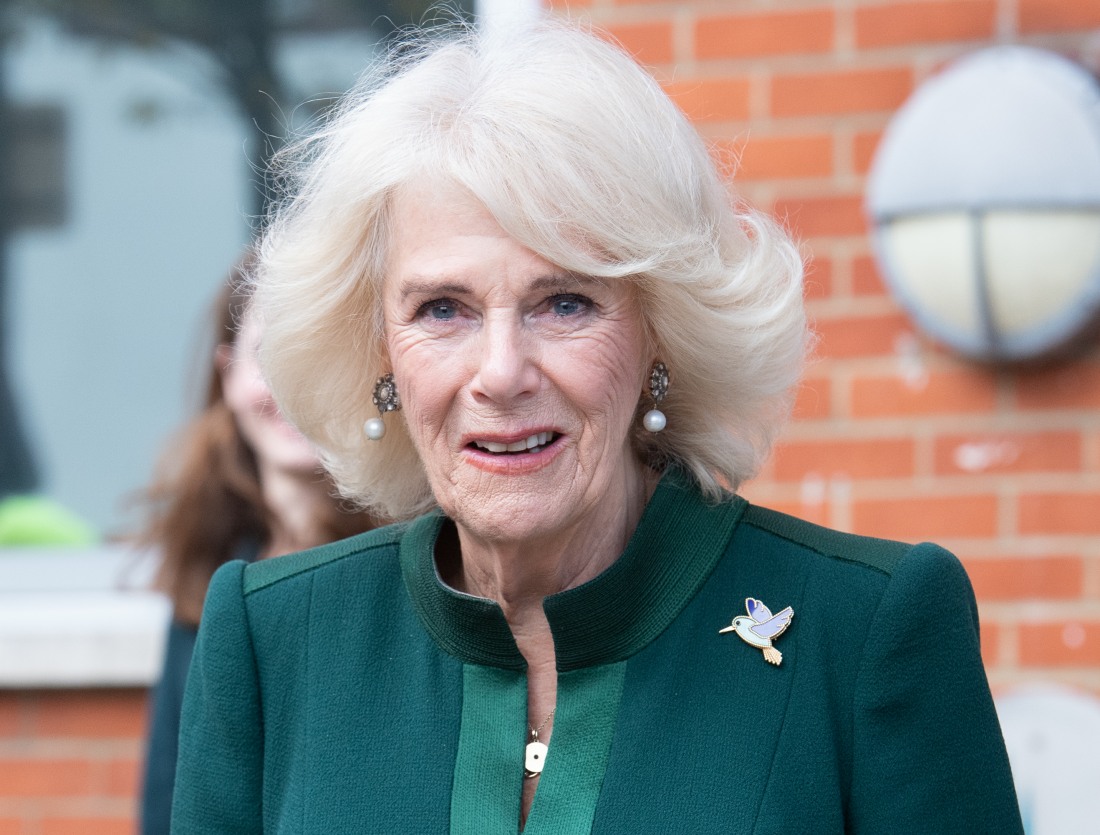 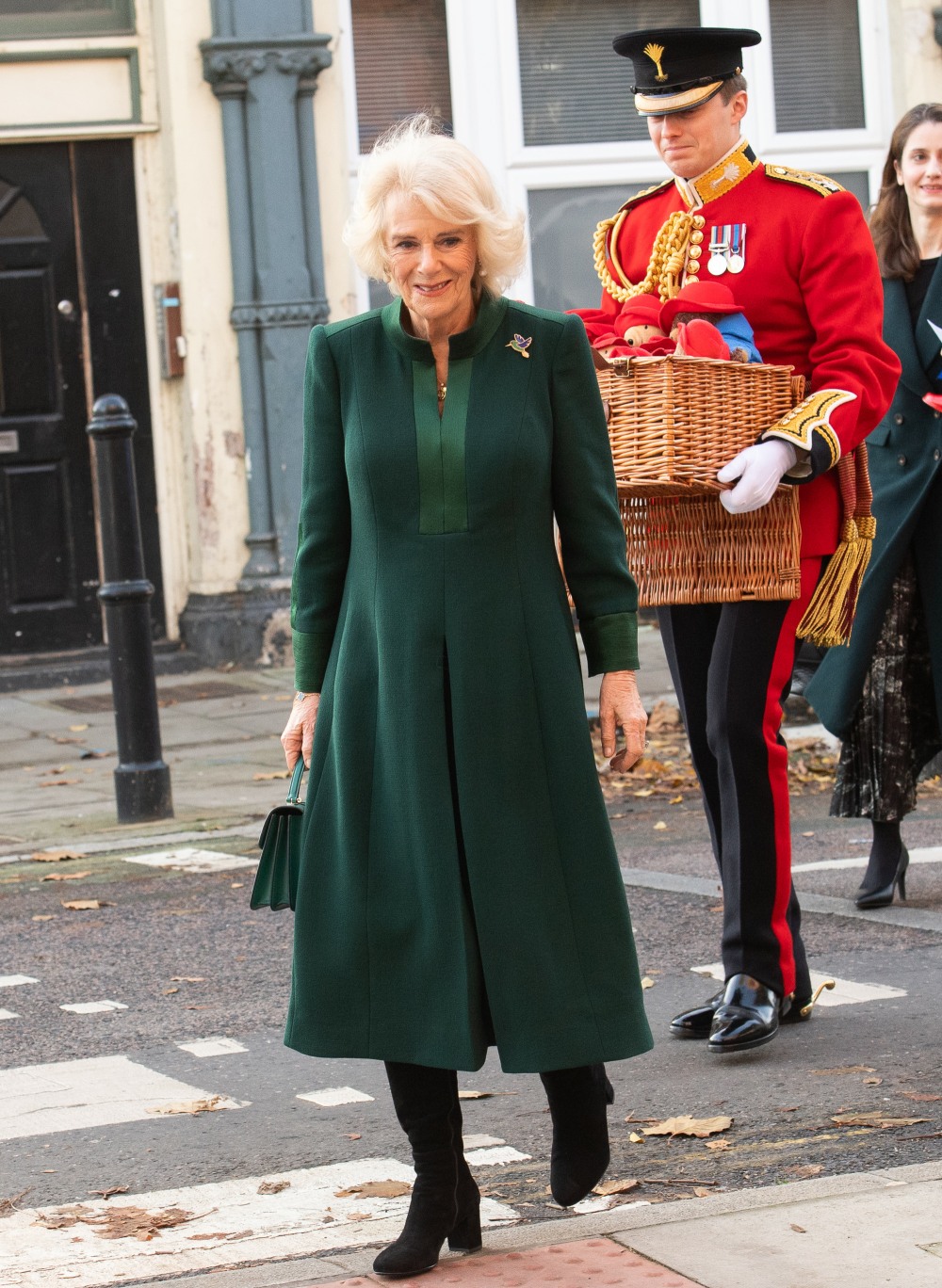