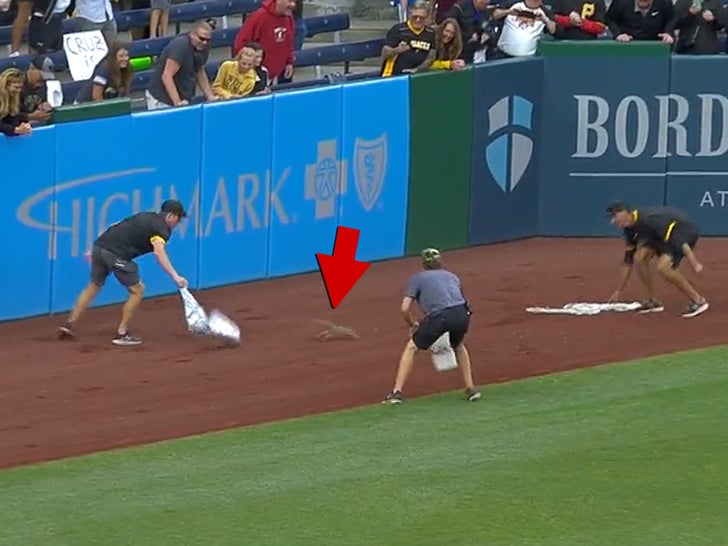 Three Pittsburgh Pirates staffers looked more like “The Three Stooges” on Monday night … because they failed to corral a squirrel that had gotten loose in the outfield during a game — and it was comical.

The little critter jetted out into left field during the second inning of the Buccos’ game against the Chicago Cubs … and a short time later, Pirates officials apparently thought it’d be good to send three guys out with a bucket, a towel and a net to get it away from players.

Turns out … that was not a great idea.

Check out video from the game’s broadcast, the trio hilariously tried everything they could to capture the squirrel — but the animal juked them at every turn.

Eventually, the squirrel grew tired of making the guys look silly — and bolted through a fence.

The scene was so hysterical, the MLB even had some fun with it … tweeting out, “sandy cheeks wildin.”

The Pirates, though, didn’t let the failed efforts to capture the squirrel dampen their night … they got a huge game from some star rookies, and beat the Cubs easily, 12-1.