Maisie Williams stopped to pose with Taylor Swift at the BRIT Awards and turned heads with her blonde hair makeover and stylish outfit.

Maisie Williams, 24, turned heads at the BRIT Awards on May 11 when she showed up with blonde hair! The actress looked dazzling with the new look, which even included blonde eyebrows, and posed for photos on stage and backstage with Taylor Swift, 31, at the event. She was all smiles as her new light-haired locks were tied up in into a high bun, helping her to flaunt her minimal natural-looking makeup look.

Maisie, who has had mostly brown hair in the past, topped things off with her stylish outfit as well. It included a white top that had one button and was opened in the neck and shoulder area over a knee-length black sleeveless dress. She added flat black shoes and earrings. 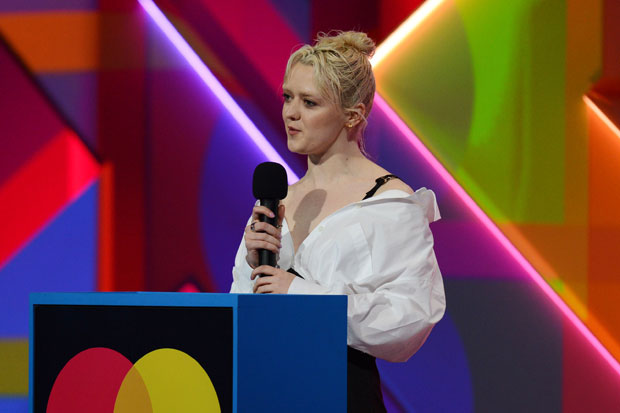 Maisie’s latest blonde look may have something to do with the new miniseries, Pistol, about the Sex Pistols rise to fame, which she’s recently been filming. She plays model/actress Pamela Rooke, also known as Jordan in the feature and has been photographed sporting a wild blonde hairstyle that has short strands sticking straight up. On May 2, she was spotted riding a bike during a scene while showing off not only the hair, but fun makeup that included a dark black look over her eyes and red lipstick. 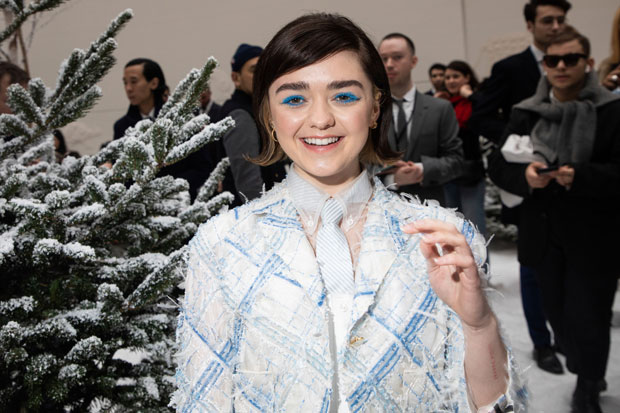 She also wore a neon green see-through PVC style jacket, black pants, and white ankle boots. The look seems to be one she will be wearing during a large portion of the series since she was spotted filming in it at the end of Mar. as well.

Maisie’s new blonde hair isn’t too surprising since she has tried different colored looks in the past. They’ve included purple locks as well as two-toned locks with brown hair on the top and blondish hair on the bottom. She also once shared a pink haired look that looked gorgeous on her. We look forward to seeing what other colors she’ll share in the future!