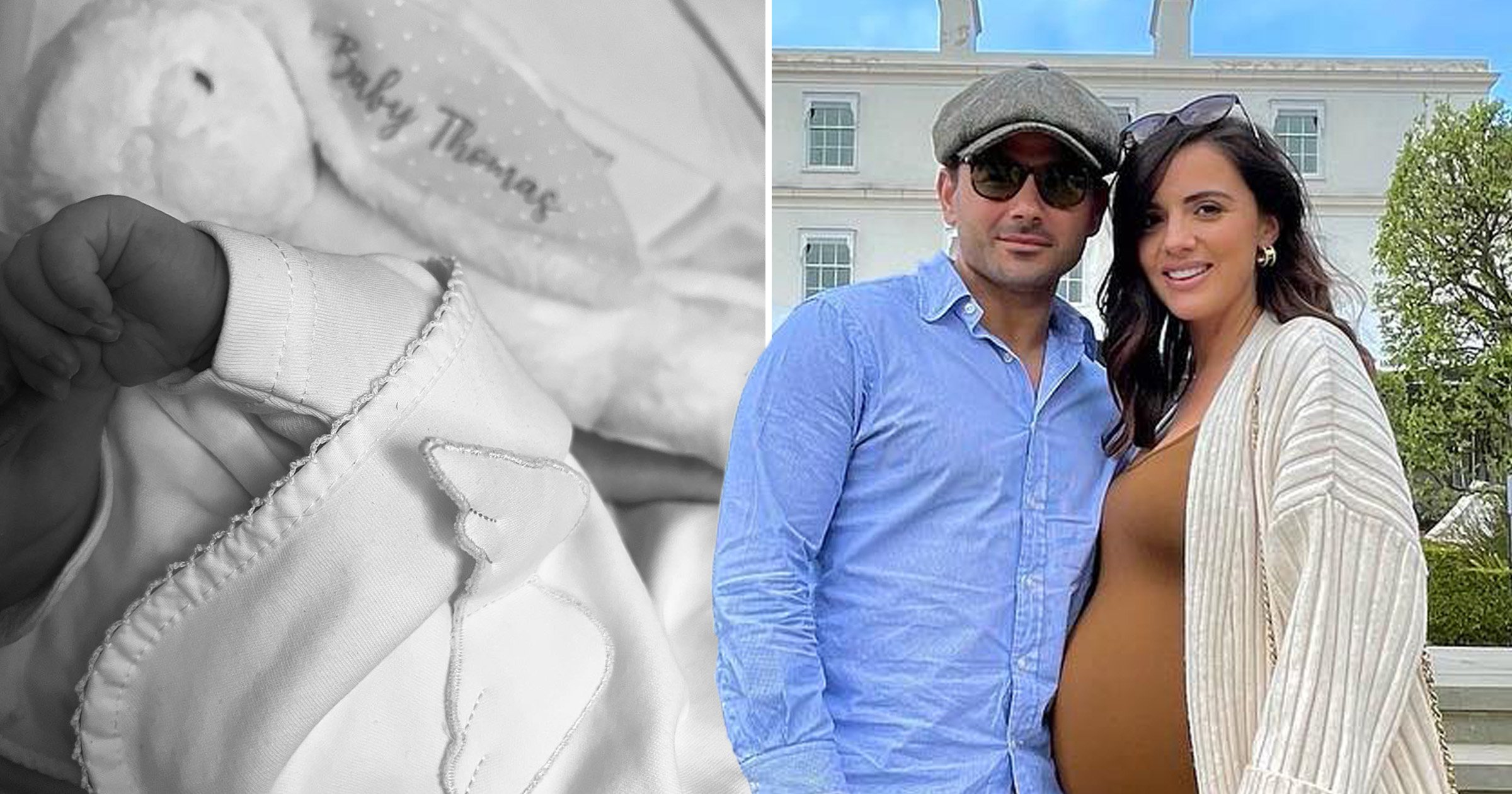 Lucy Mecklenburgh has welcomed her second child with actor Ryan Thomas, a baby girl, over a week after her due date.

The former The Only Way Is Essex star already shares two-year-old son Roman with Ryan.

The 30-year-old announced the news on Instagram, sharing a black and white photograph of the baby’s fingers in front of a rabbit which was inscribed with the words ‘Baby Thomas’.

She captioned the photograph simply with a love heart.

‘Aww she’s here.. congratulations 💕 xxxxx,’ posted Sam Faiers, who has just given birth to her third baby, while Lisa Snowdon tagged both new parents in her comment, where she offered ‘huge congratulations’.

The couple have yet to announce their daughter’s name.

Lucy announced last November that she was expecting again when she shared a photo on Instagram.

The post showed her cradling her baby bump while her son looked at his own bare stomach.

Roman was born on March 7 2020 – a couple of weeks before lockdown hit – and the star admitted that being a new mother could be ‘very lonely’ but said social media had helped.

She and 37-year-old Ryan have been in a relationship since 2017 after meeting on Celebrity Island With Bear Grylls.

Ryan, who played Jason Grimshaw in Coronation Street from 2000 until 2016, proposed during a holiday in Italy in June 2019.

Earlier this month, Ryan shared his worry that Lucy might go into labour while he was taking part in The Games live on TV, saying he was keeping is ‘fingers crossed’ it wouldn’t happen.