Once again, Kylie Jenner proved to be the queen of Instagram in 2020, sharing four of the top ten most liked photos. Cristiano Ronaldo, LeBron James and the late Kobe Bryant also made the list.

Kylie Jenner, 23, has another reason to celebrate the year 2020. She’s nabbed four of the top ten most liked Instagram photos of 2020, with three of them including her precious two-year-old daughter Stormi Webster by ex-boyfriend  Travis Scott, 29. He also made the list in two photos, one in a post featuring a series of photos and videos with Stormi, and the other snuggled up with Kylie. In addition to their family, the rest of the top 10 included two photos by the most followed man in the world, soccer star Cristiano Ronaldo, as well as snapshots of LeBron James with the late Kobe Bryant. So here we go, from number one through number 10: 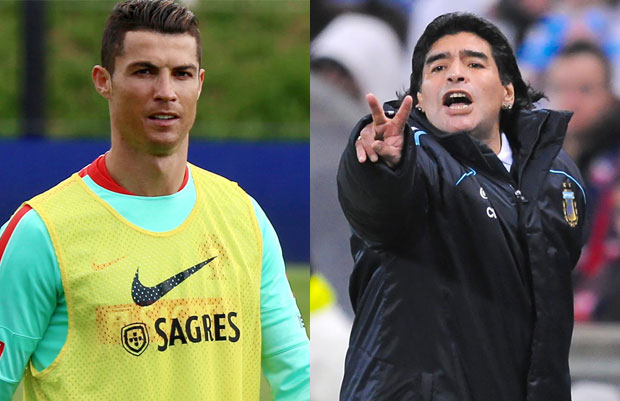 Cristiano’s 249 million Instagram followers guaranteed him at least a few spots in the top ten. He nabbed the number one most liked photo of 2020 by posting this black and white photo alongside late Argentinian soccer legend Diego Maradona upon his sad passing. The Nov. 25, 2020 photo was liked by 19,667,233 users. Cristiano wrote in tribute to the 60-year-old, “Today I say goodbye to a friend and the world says goodbye to an eternal genius. One of the best ever. An unparalleled magician. He leaves too soon, but leaves a legacy without limits and a void that will never be filled. Rest in peace, ace. You will never be forgotten.” 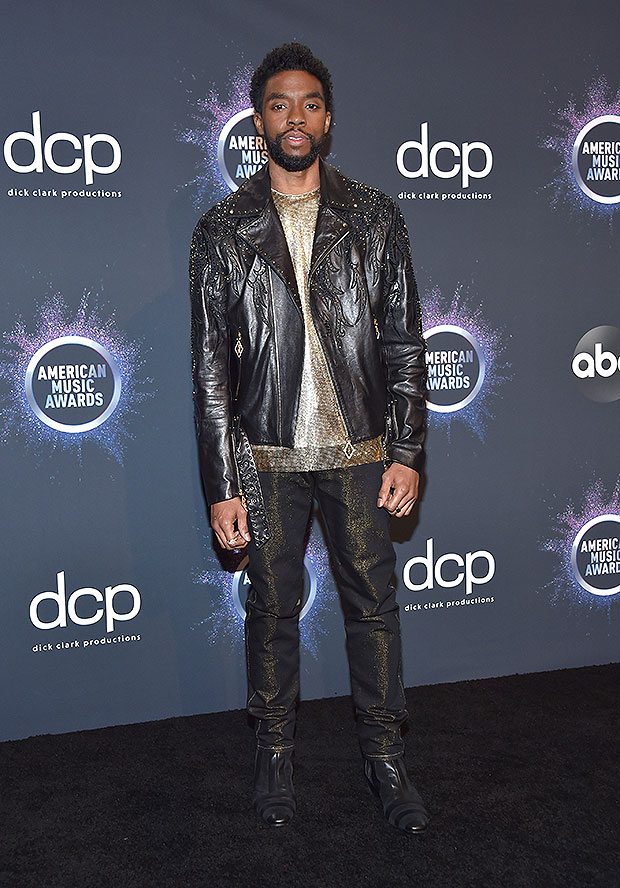 The second most liked photo of the year was a smiling Chadwick Boseman in this black and white portrait, as the Aug. 28, 2020 post announced the actor’s tragic passing at age 43 after a secret four-year cancer battle. “It is with immeasurable grief that we confirm the passing of Chadwick Boseman.⁣ Chadwick was diagnosed with stage III colon cancer in 2016, and battled with it these last 4 years as it progressed to stage IV,” the caption began.
⁣
“A true fighter, Chadwick persevered through it all, and brought you many of the films you have come to love so much. From Marshall to Da 5 Bloods, August Wilson’s Ma Rainey’s Black Bottom and several more, all were filmed during and between countless surgeries and chemotherapy. ⁣It was the honor of his career to bring King T’Challa to life in Black Panther. ⁣He died in his home, with his wife and family by his side,” the heartbreaking caption read. It has 19,127,783 likes. 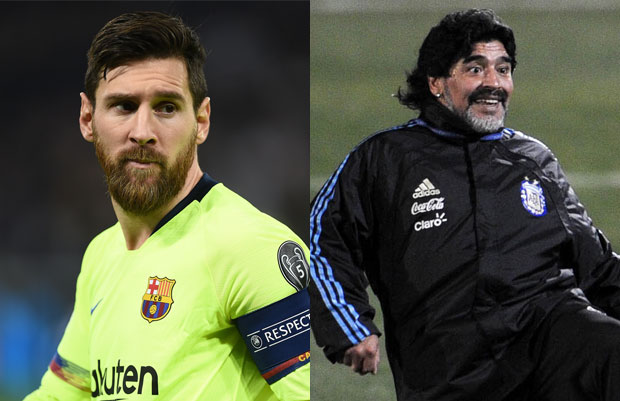 Diego Maradona’s death made it into another top five Instagram photo of 2020. Argentinian soccer god Leo Messi mourned his fellow countryman’s death in this photo of the soccer icons together. Leo wrote in the caption, “A very sad day for all Argentines and for football. He leaves us but does not leave, because Diego is eternal I keep all the beautiful moments lived with him and I wanted to take the opportunity to send my condolences to all his family and friends. RIP.” Leo’s tribute and photo has 16,373,044 likes.

Kylie’s Instagram post celebrating Travis’ 29th birthday on Apr. 30, 2020 notched 15,998,590 likes. It showed the rapper and their little girl Stormi in adorable daddy and daughter moments, from playing around in her pink bedroom to giving Stormi a ride on his bike as she sat in a kiddie chair behind him. “DADA. happy birthday to daddy of the year! i’m slowly but surely starting to accept the fact that storm is a daddy’s girl,” Kylie wrote in the caption. “But whatever. we went half on greatness! the most beautiful, smart, loving and funny little baby. the best gift. ok i’m crying. love you forever,” she told Travis. 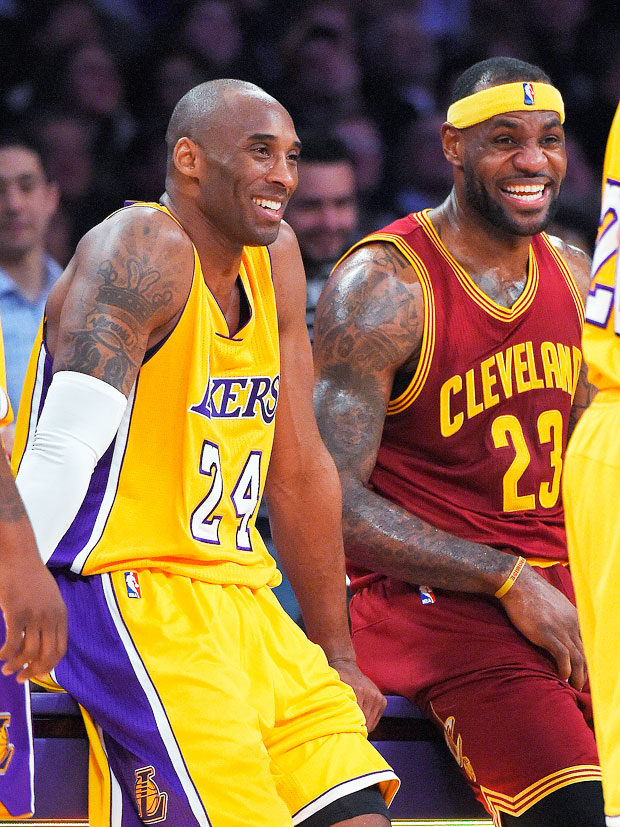 On Jan. 28 2020 — just two days after Kobe perished in a helicopter crash along with his 13-year-old daughter Gianna –LeBron posted this series of photos of the two men together to his Instagram account. ‘I’m Not Ready but here I go,” LeBron began in the caption. “Man I sitting here trying to write something for this post but every time I try I begin crying again just thinking about you, niece Gigi and the friendship/bond/brotherhood we had! I literally just heard your voice Sunday morning before I left Philly to head back to LA. Didn’t think for one bit in a million years that would be the last conversation we’d have. WTF!! I’m heartbroken and devastated my brother!!”

He continued, “I’m heartbroken and devastated my brother!!  Man I love you big bro. My heart goes to Vanessa and the kids. I promise you I’ll continue your legacy man!” LeBron did just that, leading the Lakers to the 2020 NBA title. His post mourning Kobe has 15,461,238 likes.

A sweet photo of Stormi getting a bubble bath which mom Kylie posted to the ‘gram was enough to garner 15,347, 279 likes in 2020. It came on March 26, 2020 in the middle of home lockdown due to the COVID-19 pandemic. Her precious smiling face sticking out among a sea of bubbles gave everyone a case of the “Awwwws!” and made the little girl the star of the sixth most popular photo of 2020. Kylie simply wrote in the caption, “this pic makes me happy, and it sure did for over 15 million of her followers.

Stormi sweetly telling her mommy not to be afraid while watching a scary movie helped give the mother and daughter the seventh most liked photo/video of 2020. Stormi could be seen intently looking at a screen while Kylie entered and sat beside her on the sofa in dark pajamas. She laid her head on Stormi’s lap and the little girl protectively put her hand on Kylie’s head and was seen telling her “Don’t be afraid mommy.” The cosmetics mogul then gave Stormi’s little foot a loving squeeze for being such a sweet and thoughtful child. The Oct. 1, 2020 IG post has gathered 14,493,099 likes.

Cristiano Ronaldo and his family

Surprisingly none of Cristiano’s many ripped shirtless Instagram photos — and there are plenty! — made the top 10. The Portuguese soccer stud’s second entry into the top 10 in 2020 was a photo from his Feb. 5 birthday celebration as he turned 35. He was flanked by his 10-year-old son Cristiano Jr. on one side, with girlfriend Georgina Rodríguez on the other. The current Juventus Football Club star gave a thumbs up sign in front of a glossy chocolate cake with his initials spelled out. The photo garnered 14,302,936 likes.

Kylie and Travis had been broken up for about a year when she posted two Instagram photos on Oct. 17, showing her wearing one of Givenchy Creative Director Matthew M. Williams‘ new designs, with Travis standing behind her and pulling up his shirt. In a second slide right photo, he was shirtless while Kylie continued to pose in a sheer gold dress with glittering gold prints, black high waisted underwear and a structured short maroon capelet. The sight of Kylie and Travis together again and looking so sexy got 14,239,010 likes. 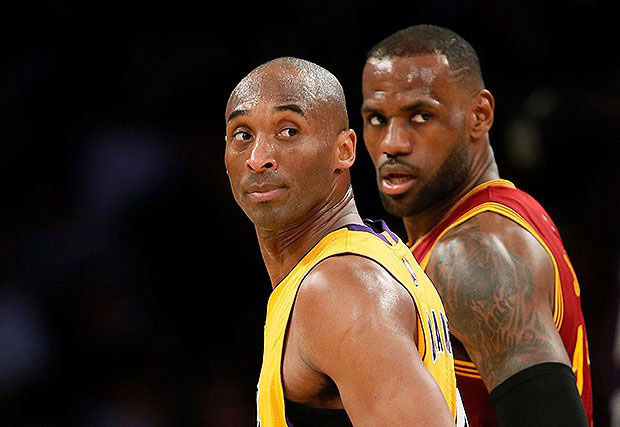 Kobe Bryant’s final Instagram post on Jan. 25, 2020 on the eve of his tragic passing rounds out the top 10 most liked Instagram photos of 2020. It showed this photo gathering 14,198,587 likes of the former Lakers legend Kobe coming out from the stands after watching a Lakers game earlier in the season and giving current Lakers star LeBron a supportive pat on the chest. He told LeBron in the caption, “On to #2 @kingjames! Keep growing the game and charting the path for the next.” Kobe was referring to how that evening, LeBron made it to 33,643 career points to pass Kobe’s number three spot on the all-time NBA highest scoring players list. It was the last post Kobe would ever share, and showed so much sportsmanship and respect.