Prince William and Kate Middleton are kicking off their weekend of meetings with global leaders at the G-7 Summit.

On Friday evening, the Duke and Duchess of Cambridge were spotted at the G-7 leaders reception at the Eden Project, an “educational charity” and “eco-visitor attraction” based in Cornwall, England, per its website. The couple were accompanied by the queen, Prince Charles and Camilla, Duchess of Cornwall, in addition to Britain’s Prime Minister Boris Johnson, his wife Carrie Johnson, and other dignitaries.

For the function, Duchess Kate wore a white Alexander McQueen coat dress, nude pumps, and matching nude clutch, in addition to a pearl bracelet said to have initially belonged to Princess Diana, her late mother-in-law. Her hair was also styled in her signature elegant loose waves. 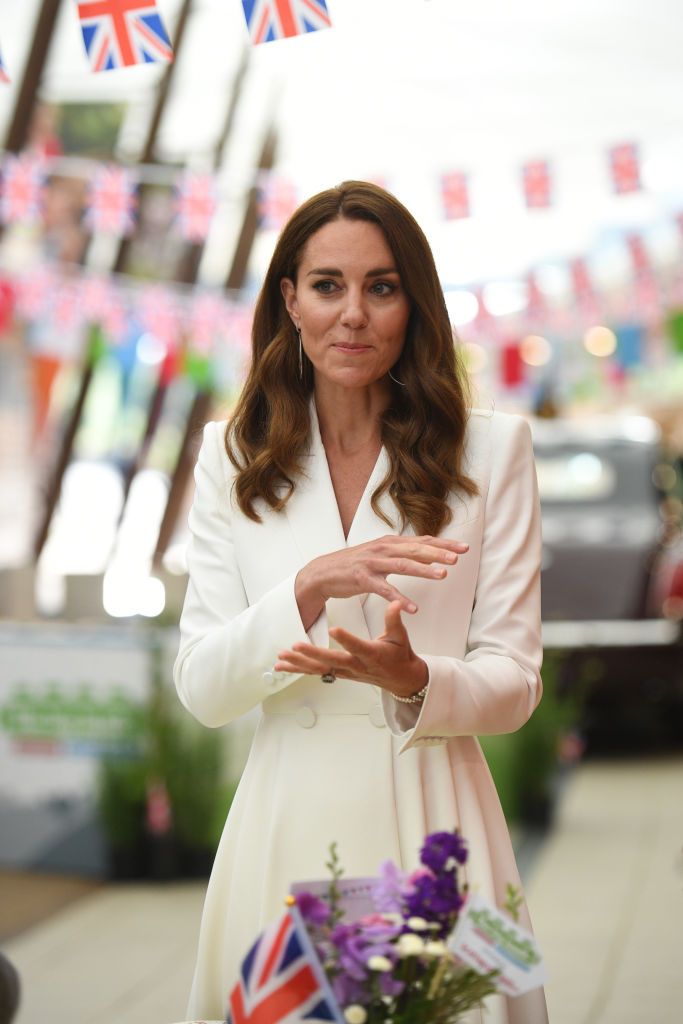 Following the meeting, the Prince of Wales led a conversation at St. James’s Palace with G-7 leaders and global CEOs, including Stella McCartney, to explore long-term solutions for climate change, urging private sectors to work with governments on minimizing their carbon footprints.

“We do have a potentially game-changing opportunity to drive forward the partnerships between government, business and private sector finance that are of course absolutely vital if we are to win the battle to combat climate change and biodiversity loss,” he reportedly said. 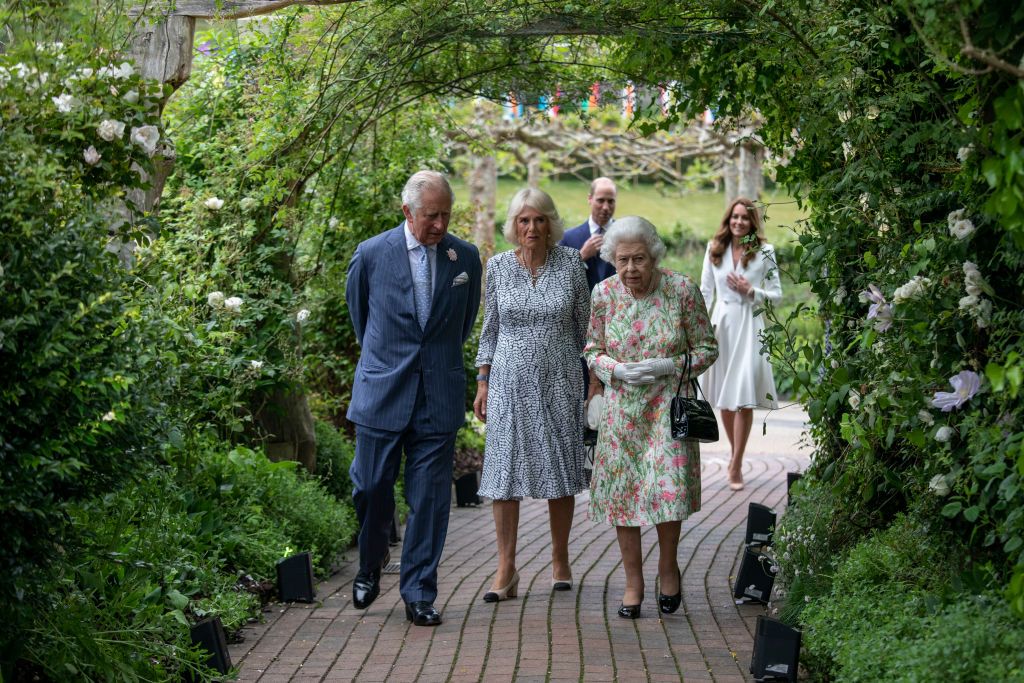 The reception follows a joint engagement between Dr. Jill Biden and Kate Middleton earlier this morning, during which the duchess and First Lady visited a local school in Cornwall, England to engage in a roundtable discussion and raise awareness on the importance of early childhood education. Duchess Kate wore another Alexander McQueen piece, a magenta midi dress, complemented well by the First Lady’s rosy, hot-pink blazer by L’Agence.

During their visit, the duchess expressed her excitement over soon meeting her newborn niece Lilibet, the daughter of brother-in-law Prince Harry and Meghan Markle. “I can’t wait to meet her,” she said. “We haven’t met her yet. I hope that we will be soon.”

The G-7 (Group of Seven) Summit is a global organization uniting the seven top democratic nations in an effort to foster a more prosperous and green future, in addition to forming joint agreements surrounding issues concerning technology, the environment, development and foreign policy. This year’s summit is the first in several years and takes place in southwest England from Friday, June 11, to Sunday, June 13.